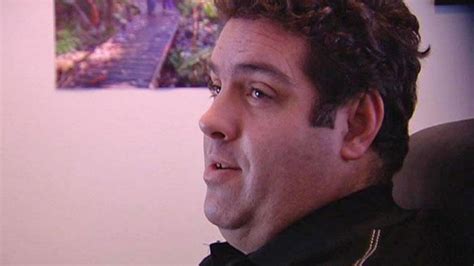 Aroha is the Maori word for love. 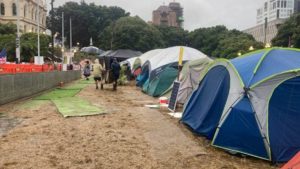 I have not changed my political stance very much.

I am not of the Right.

Any time I want to confirm that for myself I just need to think of my own brother who espouses the right to make money no matter what and fulminates against “dole bludgers” who want to steal his hard-earned money.

I am still a supporter of the underdog and think that it is the place of government to help those who have fallen through the cracks.

However, I have moved away from ideology to basing my life on perennial values.

I refuse to be manipulated into hatred (telling Truth to Power is quite a different matter.

We are being told from the (faux) Left that freedom is nothing but a right-wing trope but I claim that freedom to choose to live my life as I see best; that is based on the obverse of selfishness but is based on a philosophy of harmlessness.

For instance no one is going to tell me I can’t take cannabis oil for my medical condition or that I can’t espouse my right to choose how and when I leave this life, or, mostly importantly, that I have to take a death shot because the State has told me it is good for me.

The question throughout is how anything I believe or do causes harm to others.

In some ways that is similar to traditional liberalism because expressions like “live and let live” and “I disagree with what you are saying but defend your right to say it”.

I have been taught to hold up some people and vilify others – all on an ideological basis.  Cameron Slater, formerly of Whaleoil, but now of the BFD is one example.

People DO change and circumstances can soften people.

There is no doubt he has been guilty of some pretty questionable activity.

But then Nicky Hager who wrote Dirty Politics has turned out to be an absolute disappointment, and Cameron Slater was capable of writing the following: –

Cameron Slater’s day at the protest (the media, police and politicians are lying to you)
Early yesterday three mates and I jumped in a private plane and flew to Wellington to attend the protest. It was a beautiful day for flying and we made very good time to Paraparaumu.
Another mate picked us up and drove us in to Wellington, where I was expecting traffic jams around parliament as the media have claimed. We took the Murphy Street off-ramp and cruised through every green light, then grabbed a car park outside the train station.
There wasn’t and there isn’t an issue with traffic. Sure three streets are blocked with hundreds of cars and trucks, but there is no gridlock in Wellington. The media and the Police are lying to you.
After grabbing a bite to eat we headed up to the protest. I’ve never seen anything like it. The media and the politicians are lying to you.
There is no aggression, in fact, quite the opposite. There is more fun and laughter and Aroha than I’ve ever seen before. I was getting hugs from people I’ve never met before, of all races and political persuasion.
.
There are definitely no white supremacists. I tried very hard to find them, because I read an article from Simon Wilson in that dreadful rag the NZ Herald, that they were being infiltrated into the protest in disguise. I did look sideways at three grannies, one with a walker…they looked a bit suss to me.
Everywhere I went I was greeted with the Kiwi eyebrow wave, hugs, handshakes and people were just happy to have someone who would listen to them.
They are from all walks of life and they are just fed up. They saw the protest roll through the towns and cities on the way to parliament and they just decided that they’d had enough. They aren’t angry but they are mad as hell.
And they aren’t going away. I was privy to some very serious organisational resources and wherewithal. I won’t say what precisely because the organisers are fearful that their operations will be shut down. But let me tell you this, they are staying and they aren’t going anywhere. They are very, very, very well organised. This not some rabble that can be ignored.
The media lies about unsanitary conditions are just that, lies. There isn’t a skerrick of rubbish to be seen, if someone drops something they are asked to pick it up. There are people sweeping paths. There are people picking up rubbish. The toilet facilities are amazingly clean despite the thousands on site. I’ve seen worse in restaurants.
The media lies about the disparate groups arguing with themselves simply aren’t true. The Freedom & Rights Coalition and VFF and all the other groups are getting on like a house on fire. They are serious, they mean business and they aren’t going away.
I spoke at one point, just before 4 pm. I was well-received, and afterwards, I nearly died of suffocation from a hug from the biggest Maori bloke I’ve ever seen.
These people just want to be listened to. It’s organic, it’s organised, and it is growing in power. This movement is going to change the face of politics. These people are fed up with being locked up, locked down, disrespected and ignored. They are simply enjoying being free.
The media and politicians and Police are lying to you all. Their goose is cooked.
I’ve never seen anything like it.