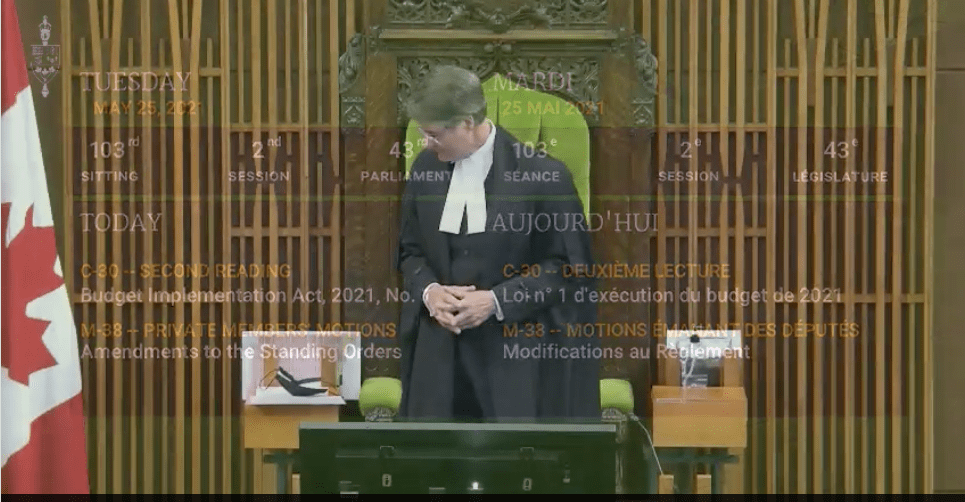 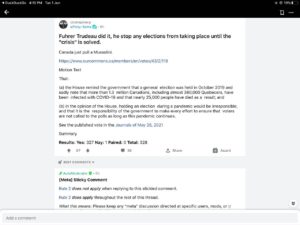 From the parliament website, starting at 15:17 they explain the vote, then cast it: 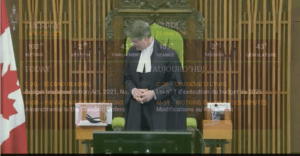 Opposition Motion (Elections during a pandemic)

(a) the House remind the government that a general election was held in October 2019 and sadly note that more than 1.3 million Canadians, including almost 360,000 Quebecers, have been infected with COVID-19 and that nearly 25,000 people have died as a result; and

(b) in the opinion of the House, holding an election during a pandemic would be irresponsible, and that it is the responsibility of the government to make every effort to ensure that voters are not called to the polls as long as this pandemic continues.