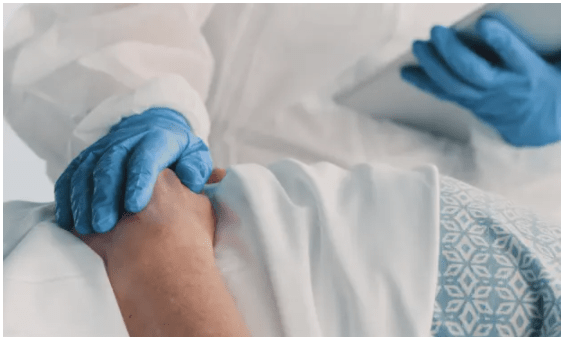 RIO DE JANEIRO, BRAZIL – The Canadian government will now pay for those who are “too poor to continue living with dignity” to kill themselves or be euthanized according to the medical term.

Helping them pay for education or the like so they can live with dignity seems less interesting.

Canada is expanding its medical assistance in dying (MAID) program, which has been an option for those with certain types of illnesses for years.

According to The Post Millennial, the program includes health authorities providing a drug that will intentionally kill the person at their request.

AUTHOR CHARLES CAMOSY CRITICIZES CANADA’S EUTHANASIA LAWS WHICH ALLOW FOR EUTHANIZING PEOPLE IF THEY ARE “TOO POOR TO CONTINUE LIVING WITH DIGNITY”:

“CANADA’S POLICIES ARE SEEN FOR WHAT THEY ARE.” PIC.TWITTER.COM/QVZW1RT67R

The British Columbia government website, “Medical assistance in dying provides people experiencing intolerable suffering due to a grievous and irremediable (incurable) medical condition, the option to end their life with a doctor or nurse practitioner.”

“Medical assistance in dying is provided only to legally eligible persons. To ensure this service is provided safely, safeguards have been designed to protect vulnerable people and support all people to make an informed decision,” the site says.

Up until recently, the person receiving the service must be eligible for the government-funded health program, at least 18 years of age and mentally competent, have made a voluntary request for assistance in dying, have given informed consent about possible palliative care, have a “grievous and irremediable medical condition,” and be enduring physical or psychological suffering that is “intolerable to them and cannot be relieved under conditions that they consider acceptable.”

In 2015, the Canadian Supreme Court struck down a long-standing ban on assisted suicide, and just a year later, its parliament passed legislation allowing “MAID.”

This article is mirrored. It was published first in American Faith.

Are Canadians being driven to assisted suicide by poverty or healthcare crisis?

Going back to the beginning of the year in New Zealand.

I have been in favour of allowing euthanasia – so long it is people’s own decision, NOT that of the State.Preferably, on their own terms

MOH Says Kiwis With COVID-19 Can Be Eligible For Euthanasia

An Official Information Act reply to #DefendNZ, from the Ministry of Health, which says that patients with COVID-19 could be eligible for euthanasia, has left National MP Simon O’Connor disappointed but not surprised.

In November #DefendNZ wrote to the New Zealand Ministry of Health (MOH) to ask some important questions about the practice of euthanasia and assisted suicide in New Zealand.

In light of the serious deficiencies in the End of Life Choice Act (EOLCA), and concerns that have been raised by healthcare professionals, we felt it was crucial to put some urgent questions to the MOH.

In our Official Information Act (OIA) request we asked the following question:

“Could a patient who is severely hospitalised with Covid-19 potentially be eligible for assisted suicide or euthanasia under the Act if a health practitioner viewed their prognosis as less than 6 months?”

There were several reasons why #DefendNZ wanted to seek clarity from the MOH about this issue.

Firstly, New Zealand is currently described as being in a precarious position when it comes to COVID-19 and hospital resources. In light of this, it would not be hard to envisage a situation in which a speedy and sizeable rise in COVID-19 hospitalisations could result in pressure to utilise euthanasia and assisted suicide as tools to resolve such a serious crisis.

Overseas commentators have raised the prospect of these kind of unethical motivations since early in this pandemic.

Last year’s tragic case of the elderly Canadian woman who had an assisted suicide to avoid another COVID-19 lockdown highlights exactly why caution is warranted in relation to COVID-19 and euthanasia.

“The lack of stringent safeguards in the EOLCA raised red flags with us. Could a patient with COVID-19 find their way into the eligibility criteria? And, if so, what serious risks would this pose to the already often-vulnerable elderly members of our communities?” says #DefendNZ spokesperson Henoch Kloosterboer.

The MOH responded to our OIA request on Tuesday (7th of December, 2021).

Their reply to #DefendNZ started on a more promising note:

“There are clear eligibility criteria for assisted dying. These include that a person must have a terminal illness that is likely to end their life within six months.”

But then their response becomes more disturbing (emphasis added):

Firstly, there is nothing concrete about the phrase “most often”, in fact, its inclusion in this specific context clearly seems to suggest that the MOH considers the definition of terminal illness to be subjective and open to interpretation.

The very next sentence seems to back this up. It clarifies that the MOH considers the attending medical practitioner (AMP) and the independent medical practitioner to be empowered by the EOLCA to make the determination about what does and doesn’t qualify as a terminal illness.

“In light of this vague interpretation, it is reasonable to suggest that COVID-19 could be classified as a ‘terminal illness’ depending on the prognosis of the patient and the subjective judgments of the AMP and independent medical practitioner. This feels like we’ve been sold one thing, and been delivered another.” says Kloosterboer.

In the final paragraph the MOH put this issue beyond doubt when they state (emphasis added):

“Eligibility is determined on a case-by-case basis; therefore, the Ministry cannot make definitive statements about who is eligible. In some circumstances a person with COVID-19 may be eligible for assisted dying.”

If you examine the eligibility criteria for assisted suicide and euthanasia, as stated on the MOH website, it becomes easier to see how, given the right circumstances, a COVID-19 diagnosis could qualify:

aged 18 years or over

a citizen or permanent resident of New Zealand

in an advanced state of irreversible decline in physical capability

competent to make an informed decision about assisted dying

It seems to us that the only possible protective factor here, and it’s an extremely flimsy one, is that all of this hinges on the tenuous grounds of how the phrase ‘terminal illness’ is interpreted.

In particular, whether or not the AMP and independent medical practitioner are willing to hold firm to the MOH’s suggestion to us that a terminal illness is a “prolonged disease”.

Even then, the term ‘prolonged disease’ is still extremely fraught due to its highly subjective nature. Who is to say that a medical practitioner who considers an illness which lasts longer than a fortnight to be a ‘prolonged disease’ isn’t actually correct in making such a determination?

The End of Life Choice Act doesn’t offer any clarity or robust safeguards that would put this matter beyond doubt. Instead it does just the opposite, leaving the door wide open for abuse.

When we put this matter to National MP Simon O’Connor, he expressed concerns about what clearly seems to be an expansion of the new law less than a month after it came into force.

“When New Zealanders voted in the referendum in 2020, did they anticipate the law could be used for COVID-19 patients? The wording of the law was always deliberately broad and interpretable, placing far too much into the judgement of the doctor.”

He also said that this development raises serious questions about the problems in the ELOCA.

“In my mind, it is just a timely demonstration of how badly drafted the law is. When you consider the lack of key safeguards, and the risky shroud of secrecy that the ELOCA has thrown over the practice of euthanasia and assisted suicide, you can see that those of us warning about this Act shouldn’t have been dismissed so flippantly,” says O’Connor.

The implications of this are extremely serious.

Not simply because of the potential threat COVID-19 poses to our ill-equipped NZ healthcare system, or the fact that vulnerable elderly people are the most affected by the ravages of this illness.

There is also the fact that an unacceptable lack of transparency has been built into the EOLCA which will cloak all of this in a dangerous veil of secrecy that prevents robust public scrutiny.

In a nutshell, the poorly considered structure of the EOLCA has now made the COVID-19 pandemic potentially even more dangerous for the people of Aotearoa New Zealand.

#DefendNZ are calling on the Ministry of Health to take urgent action to ensure that the End of Life Choice Act cannot be used to provide assisted suicide or euthanasia to COVID-19 patients in New Zealand.

#DefendNZ have also created a petition calling for urgent amendments to the law including required detailed reporting and required independent witnesses – among other things – and are asking concerned citizens to sign and share it.