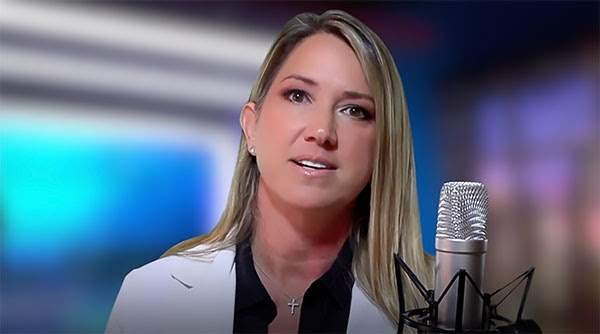 The Five Doctors are doing a special today, dedicated to Dr. Carrie Madej.

On the first summer Sunday, Dr. Carrie Madej and her partner, Billy, crashed in a single-engine plane in Woodbury, Georgia. The bucolic town, located 70 miles south of Atlanta, became the second leg of their journey after returning from a trip to Florida.

Why is this last point critical? Because it almost rules out sabotage to the engine and aircraft. Had someone tampered with it, the plane should have crashed on the first leg flying back from Florida, not at the Roosevelt Memorial Airport in Woodbury.

This observation came from a major airline and small aircraft pilot. Still, a source within the FAA will notify me if evidence is found to the contrary. Another airline pilot texted me, stating: “This is why I only fly in twin-engine planes” in case of a stall on a single-engine aircraft.

With broken legs, successful surgery, and a massive outpouring of best wishes, prayers, and speedy recovery, Dr. Madej moved from critical to stable condition yesterday. As of this writing, many of her close contacts believe she will be released from the Atlanta metro area hospital today.

From the Washington Standard:

“It happened around 2:15 p.m. The FAA said they were flying a single-engine Piper PA-24.

“According to Michael Watson, the chairman for the Meriwether County Airport Authority, the flight was on the way from St. Petersburg, Florida, near Tampa, to Newnan-Coweta County Airport when it experienced an engine issue as the plane started its descent. The flight was diverted south to Warm Springs, but crashed. Flight tracking website Flight Aware shows the path of the flight before the crash.

“The FAA is working with the National Transportation Safety Board to determine a cause for the crash. Neither agency would provide specifics of the investigation.”

For those unfamiliar with Dr. Carrie Madej and her work, or who haven’t seen her interviews on my show “Unrestricted Truths,” Episodes 75 and 32, or on AMP Breaking News segments here, here, and here, or at the June 2021 Tampa Freedom Conference, her story is unique.

Before COVID-19, I knew hundreds of doctors, scientists, journalists, and researchers uncovering the hidden dangers of the U.S. immunization program. Today, I know thousands and more and more experts have come out to defend freedom, liberty, truth, and the power of the individual to choose by “informed consent.” All of that has been absent since the pandemic started in early 2020.

Before Covid, I didn’t hear or know Dr. Carrie Madej’s name. But when the CDC, FDA, and NIH began fabricating the virus data, creating the “casedemic” fraud via the bogus PCR tests to push the Covid vaccine agenda, her name rose quickly to the top.

We in the “truth movement” learned that Carrie Madej had been in the same fight as us, but on a different parallel track dating back to a 2013 techno-transhuman conference she attended in Atlanta. Chilled by what she learned and how scientists had sold out to the devil Dr. Madej became known as the “transhumanism whistleblower.” She saw where the Covid vaccines—with the quantum dot technology, Luciferase Bluetooth neural link, graphene oxide, and mRNA technology—led to a very dark place and future for humanity.

She exposed the dark plan and bleak future at countless conferences, as guests on shows, expert witness, and podcasts, by shining a light on the transhumanist Covax agenda.

Over the past year, Dr. Madej became known as one of the “5 Docs” alongside Drs. Lee Merritt, Christiane Northrup, Sherri Tenpenny, and Larry Palevsky on their hit Bitchute channel show, “Critically Thinking with the 5 Docs.”

If you don’t know her brave work, risking her life every day, to tell the truth, lay out the facts, and break it down in plain English for her viewers and audience, you can find more about her on the Dr. Carrie Madej website.

Yes, a plane crash after takeoff typically ends in death and tragedy. However, in her case, and that of Billy, as many have stated since the accident, that they are alive and out of ICU so quickly was “a miracle.”

In this fight of good vs. evil, light against darkness, truth over lies, Dr. Carrie Madej will have time this summer to reflect on what she has accomplished over the past 30 months of Covid fraud. During her rehab and recovery, she will also have time to look at the big picture signals of how the global medical tyranny plan will come to an end this fall.

And end it will.

Soon without the ability to print money, corrupt governments worldwide will collapse, and along with it, their three-year, concocted pandemic plan and lockdown, along with their instruments of destruction in the Covid clot shot.

Best wishes, love, and faith to you.

Our prayers are with you.

And the rest of the AMP Media team. 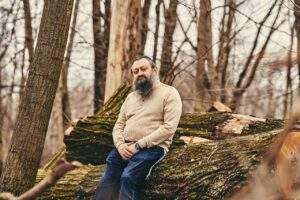 The docs completed 50% of the procedure. The team of doctors stopped  as he was at serious risk of cardiac failure.

He is in critical condition, intubated for the next 48 hours in ICU and not out of the woods.

His wife is with him as well as his dear friend who has been by his side since Dr. Zelenko became a worldwide household nam