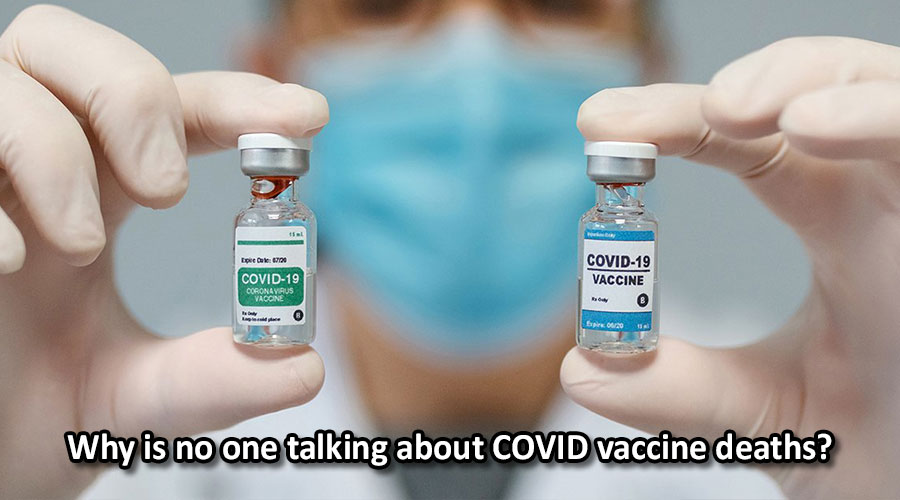 Are you one of those people hesitant to receive a COVID-19 vaccine? You know, one of those “dangerous” and “selfish” people, as the Democrats would call you, who is foolish for not getting the jab because, after all, it’s completely safe?

Well, the CDC has quietly released data that might prove you’re not that foolish after all.

The Center for Disease Control and Prevention (CDC) posted data which shows that more people have died after receiving a COVID vaccine than for all other vaccines of the last 20 years combined.

According to the CDC website: “Over 245 million doses of COVID-19 vaccines were administered in the United States from Dec. 14, 2020, through May 3, 2021. During this time, VAERS received 4,178 reports of death (0.0017%) among people who received a COVID-19 vaccine. CDC and FDA physicians review each case report of death as soon as notified and CDC requests medical records to further assess reports.”

A “review of available clinical information, including death certificates, autopsy, and medical records has not established a causal link to COVID-19 vaccines,” according to their website. This is critical medical editorializing in order to avoid scaring people. The CDC has a vested interest in getting as many people vaccinated as possible, so they buried the crucial data about deaths at the bottom of a page meant to assuage concerns about these experimental drugs with the explicit intent of forcing people to take it.

Of course, vaccine apprehension is nothing new. Tucker Carlson has been raising legitimate concerns for quite a while now.

“How many Americans have died after taking the COVID vaccines? Not Americans who’ve been killed by the virus, that’s a huge number, but how many Americans have died after getting the vaccines designed to prevent the virus? Do you know the answer to that question? Do you know anything about the downside? We know a lot about the upside of the vaccine. We’ve been completely in favor of vulnerable people taking vaccines.”

Carlson’s segment was, predictably, banned from YouTube for simply questioning vaccine safety. People, however, have been sharing recordings online.

Before Big Tech takes it down again, check out the video below:

People don’t usually associate vaccines with serious side effects, let alone deaths, because vaccines are, on the whole, not dangerous, at least according to the numbers. Every year, about 160 million Americans get the flu shot, including myself, so I’m clearly not an “anti-vaxxer”. I just have a few questions about the COVID vaccine that I can’t seem to find answers to.

Out of 160 million people who get the flu shot, those numbers of people who died, every one of them being tragic to their loved ones, aren’t significant enough for the rest of us to consider not getting the flu shot.

Carlson wanted to know how many people have died from getting the COVID vaccine:

“We checked today. Here’s the answer, which comes from the same set of government numbers that we just listed: Between late December of 2020, and last month, a total of 3,362 people apparently died after getting the COVID vaccines in the United States. Three thousand, three hundred and sixty-two — that’s an average of 30 people every day. So, what does that add up to? By the way, that reporting period ended on April 23. We don’t have numbers past that, we’re not quite up to date. But we can assume that another 360 people have died in the 12 days since. That is a total of 3,722 deaths. Almost four thousand people died after getting the COVID vaccines. The actual number is almost certainly much higher than that — perhaps vastly higher.”

Why isn’t anyone talking about this? Do doctors and other medical professionals now understand that you’re not supposed to talk about anything that goes against the Woke Supremacy’s COVID stance? We’re talking about our own lives here.