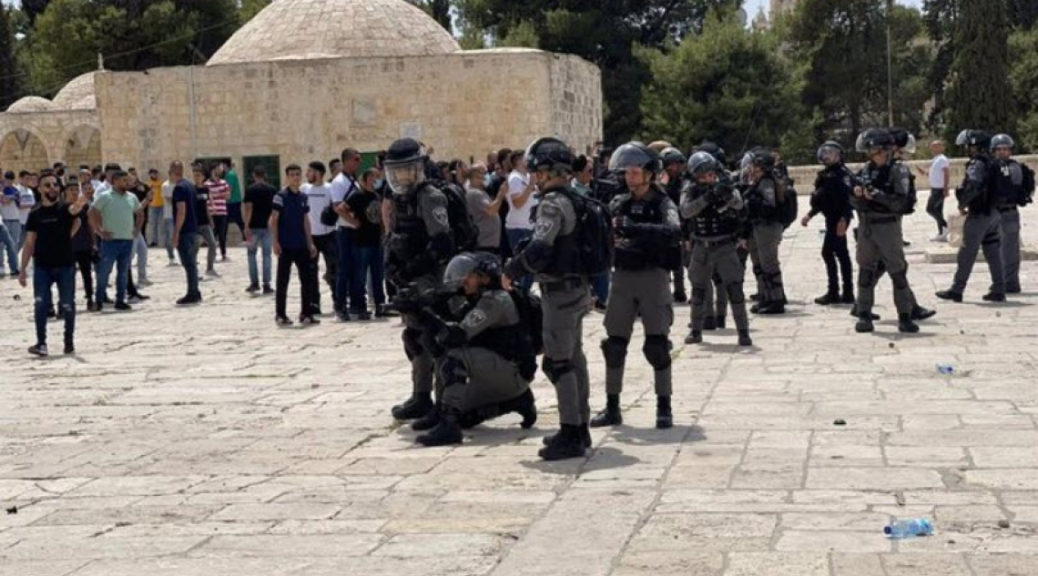 Meanwhile Beijing Joe wants to use the lull in fighting to replenish Israel’s iron dome.

For the videos go to the original item

The “cease-fire” announced yesterday (at 7:00 PM Eastern US Time) between Israel and the Hamas group running the West Bank appears to be short-lived. Israeli police stormed the Al-Aqsa Mosque on the Temple Mount AGAIN today. Video Below.

The fighting which went on for about ten days between Hamas and Israel was supposed to enter a CEASE FIRE yesterday.   According to negotiators, Israel agreed to suspend evictions of Arabs from the Sheik Jarrah quarter, and to leave worshippers at the Al-Aqsa Mosque, to worship in peace.

Stunningly, video below shows Israeli police storming worshipers at the Al-Aqsa Mosque on the Temple Mount again Friday, 21 May 2021 despite Israel having agreed not to do such things anymore as a condition of a cease-fire.

Then they use STUN GRENADES:

There are reports of multiple injuries among worshippers in the courtyard.

How long does anyone think Hamas will continue to refrain from fighting if this is what has resumed just hours into a cease fire?

From earlier, if you have missed the news

Update(6:00pm): Sleepy Joe takes a victory lap… The president is expected to speak late afternoon on the ceasefire in Gaza. Live Feed:

In the meantime, it bears repeating that…

Throughout the night since it went into effect Jerusalem time and into midday the mutually agreed upon ceasefire between Hamas and Israel in Gaza is holding; however, Israel has vowed that any future rocket attacks will be met with a “new level of force”.

“If Hamas thinks we will tolerate a drizzle of rockets, it is wrong,” Prime Minister Benjamin Netanyahu warned. He said Israel had successfully embarked on “daring and new things, and this without being dragged into unnecessary adventures” in the eleven day operation. He characterized the military campaign as inflicting “maximum damage to Hamas with a minimum of casualties in Israel.”

The Israeli leader counted that the Israeli Defense Force (IDF) took out 25 senior commanders among some 200 militants – numbers which are hotly disputed by Gaza’s Health Ministry, which has reported that it is mostly civilians among the at least 232 Palestinians killed, including 65 children. Twelve civilians were killed on the Israeli side.

Israeli police clash with Palestinians at a mosque

Fighting stopped in what was dubbed an agreement based on “quiet in exchange for quiet” hours after Israel’s Security Cabinet said it had “unanimously accepted the recommendations to accept an Egyptian initiative for an unconditional… ceasefire.”

Like with the 2014 war and prior conflicts, large swathes of Gaza City lie in rubble – especially after multiple high-rise buildings were utterly flattened in intentional Israeli airstrike operations to bring them down. Yet the Palestinian side is still claiming victory, with street celebrations having started immediately after the 2am truce. The Associated Press describes:

Thousands took to the streets of Gaza as the cease-fire took hold at 2 a.m. Young men waved Palestinian and Hamas flags, passed out sweets, honked horns and set off fireworks. Celebrations also broke out overnight in east Jerusalem and across the occupied West Bank. Israel captured all three territories in the 1967 war and the Palestinians want them for their future state.

Both sides sought to impose a steep “cost” on the other, and both are now claiming victory. In the case of Hamas and Islamic Jihad rockets, they caused daily life to come to a halt throughout much of Israel, with many Israelis spending multiple nights in bomb shelters.

By 12 hours into the Gaza ceasefire, Israeli police once again stormed the al-Aqsa Mosque complex in Jerusalem – reportedly leaving dozens injured, which was an initial reason Hamas said it fired rockets into Israel…

Shortly after Israel announced the ceasefire Thursday night, Joe Biden gave a three-minute speech over the crisis in which he pledged “full support” both for the ceasefire and Israel’s right to defend itself.

“In my conversations with President Netanyahu, I commended him for his decision to bring the current hostilities to a close within less than 11 days. I also emphasized what I’ve said throughout this conflict: the United States fully support Israels’ right to defend itself against indiscriminate rocket attacks from Hamas and other Gaza-based terrorists groups,” Biden said.

Biden noted too that he spoke with the Israeli PM no less than six times, and vowed United States assistance to help replenish the Iron Dome anti-air defense system.

During the course of the fighting, the US blocked proposed UN statements urging immediate ceasefire five times. This prompted China to charge that the US was “choking” any criticism of Israel at the UN.

It appears the persistent rumors over the past two days that an Israel-Hamas ceasefire over Gaza is imminent will now become a reality as Israel’s Ynet news is reporting that Israel’s security cabinet has formally approved a truce in Gaza. One Israeli official was cited in Ynet as saying the truce agreement was based on “quiet in exchange for quiet”.

Netanyahu had called the urgent meeting of his security cabinet for 7pm Jerusalem time, and it came a day after President Biden phoned the Israeli leader to urge “de-escalation” and to set in motion a path toward ceasefire.

Initially on Wednesday Netanyahu had appeared to rebuff Biden’s proposal, saying the military would seen all necessary operations in Gaza through to the end.

A Hamas official has also been cited in international press wires as confirming a “mutual and simultaneous” truce with Israel to begin at 2 AM on Friday.

Over the last 24 hours, however, the fighting appeared to intensify, with over 230 Gazans killed in airstrikes since fighting began a week-and-a-half ago, and with some one-third of these casualties children.

It will bring to an end eleven full days of fighting – the worst outbreak of war between the two sides wince the 2014 war in Gaza.

In prior ceasefire scenarios where a specific time is agreed upon, rockets have continued to be launched from Gaza into the hours and minutes just before it takes effect.

In the wake of the announcement there are widespread reports that rocket fire has resumed toward Israeli communities near the border north of the Gaza Strip.

Member of the Pakistan National Assembly, Maulana Chitrali, says jihad against Israel is the only option for Pakistan.

On the floor of the Pakistan legislature, he said bluntly today “We made atom bomb to showcase it in the museum? We don’t need missiles, atomic bombs or a huge army if they can’t be used to liberate Palestine and Kashmir.”

So now we have elected Legislators, of nuclear-armed countries, calling for their weapons to be unleashed upon Israel.

Perhaps the Israelis went too far using stun grenades and tear gas in the Al-Aqsa Mosque?  It’s starting to look like all 1.5 Billion Muslims worldwide are turning their attention  to this trouble. 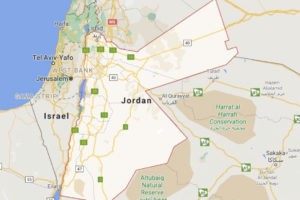 Reports are starting to filter-in claiming the entire nation of Jordan has been “blacked-out.”  They claim there is no electricity, no telephones, no internet, and no cellular systems  in the entire country!

The information is being transmitted by a very few people with Satellite phones.

No word on what’s going on or why. 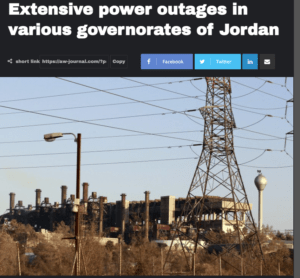