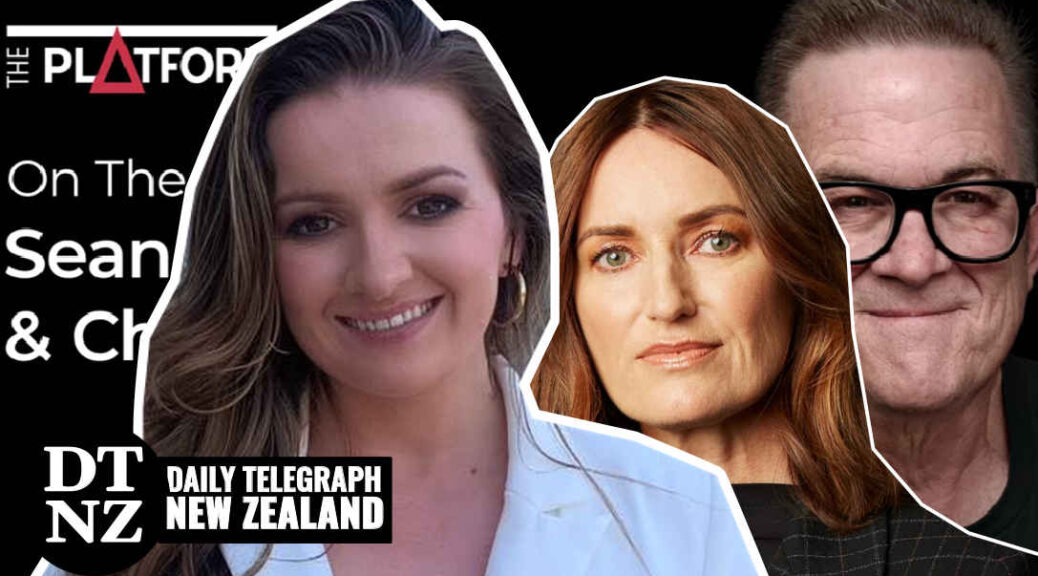 Chantelle Baker comported herself brilliantly when confronted by a bully who has never known the difference between journalism (designed to tease out the truth) and interrogation or cross examination.

Perhaps Sean put Chantelle through a rite of passage of sorts to test her?

In the end, he offered her a slot on the Platform.

INDEPENDENT JOURNALIST CHANTELLE BAKER MADE THE OFFER TODAY IN AN INTERVIEW WITH SEAN PLUNKETT OF THE PLATFORM.

Penfold is the main author of legacy MSM outlet Stuff.co.nz’s series ‘Fire and Fury‘ – an investigation into ‘disinformation’ in New Zealand.

In a wide-ranging interview, Baker described events on the last day of the Parliament Protest, her response to ‘Fire and Fury’, and touched on her personal beliefs.

Baker also stated that it was her opinion the hitpiece breached a number of Media Council guidelines and confirmed that she was seeking legal advice over whether it was defamatory.

The discussion turned to Penfold around 23 minutes into the interview when Plunkett remarked that he ‘would love’ to see Baker sit down with Penfold.

‘You’re saying you would be happy to be interviewed by Paula Penfold?’

‘I’d love Paula Penfold to come on my podcast actually, and we’ll have a proper discussion, because this is one thing that has been such a degradation of society in New Zealand, where we can no longer have constructive conversations with people we disagree with.’

It can be heard HERE