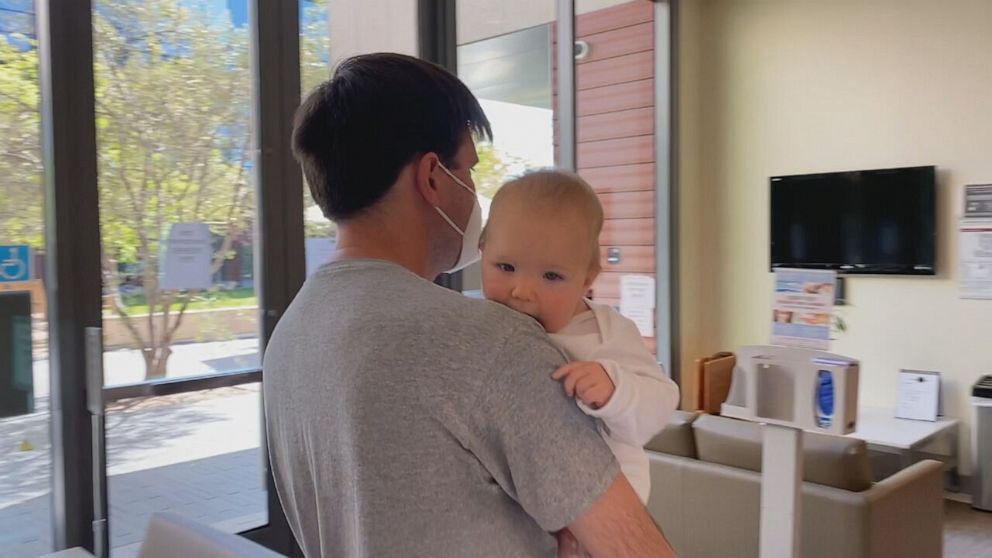 The next stage of trials will involve placebo and treatment groups.

As nearly 140 million American adults have received at least one dose of a COVID-19 vaccine and we inch closer to herd immunity, vaccine makers Pfizer and Moderna have moved on to the next phase of the fight against the virus: studying to see if the vaccine will be safe and effective for children.

“Children under 18 make up 85 million people in [the] U.S. – about 20% of the population,” Dr. Yvonne Maldonado, professor of pediatrics, epidemiology and population health at Stanford University, told ABC News. “Getting them vaccinated is a major contribution to reducing transmission of virus.”

Today, kids as young as 6 months old are taking part in trials for both companies’ vaccines with their parent’s consent. Dr. Zinaida Good, a research fellow at the Stanford cancer center, enrolled both her sons in Stanford Hospital’s Pfizer trial.

“We thought participating is a really good way to protect our kids,” she said. “So far, because this vaccine has been tested in a lot of teenagers and so many adults and it was shown [to be] very safe, we felt pretty comfortable to participate.”

“He had a sore arm for like for a day and was a little bit low on energy for like a day,” his mom said of his reaction to the shot.

Good is an immunologist who has studied the virus at length. She says she and her husband are confident in the safety of the vaccine.

“It would be wonderful if we knew how to communicate better the benefits of the vaccine and its safety. The data is very clear,” she said. “Those who get vaccines like this, MRNA vaccines, at least they are protected and they don’t really have any real side effects, not any real long term consequences.”

Dr. Angelica Lacour’s 3-year-old daughter Eloise is also participating in the trial for young children. She says she feels strongly that this vaccine is not just about keeping her child safe, but other children as well.

“We were just so lucky that we have a healthy child and so grateful that she’s able to be part of this,” Lacour said. “But I think knowing that there are so many other parents out there whose children are vulnerable and may be struggling… her being able to be part of this and [helps] make that is a reality for other families. And as a mom, I can’t imagine what that fear must be like for them. We’re just so proud of her.”

Lacour said she was told about potential side effects.

“They said that it’s incredibly rare, but anyone can have an anaphylactic reaction to it. But it’s so rare they couldn’t even give us an example.” Lacour said. “So [side effects were] not something I was very concerned about. But it also brought us a lot of comfort that we were doing this across the street from the hospital.”

Both families say they understand the potential risks of taking part in the trial, but believe any risks are far outweighed by the potential protection the vaccine offers.

“These vaccines… have been shown to be extremely safe and appear to be highly effective,” Maldonado said. “My hope is that we will see the same thing with children.”

Dr. Steve Plimpton, the principal investigator for Moderna’s trial in children, says their major concern is that kids can unknowingly infect other people.

“We’re also going to be protecting those around those children, the teachers, the parents at home, the grandparents,” he said. “So that’s the unspoken benefit of this study.”

In Moderna’s phase one trial, all kids will follow up for their second shot 28 days after their first. For Pfizer, it will be 21 days later.

Researchers refer to this as a “dosing” trial as they try to figure out how much of the vaccine kids can tolerate, and how much they need to be protected.

After researchers find an appropriate dose with the younger children, they’ll move onto the second part of the trial, which includes splitting children into a placebo and a treatment group.

“We’ll follow these children out for a year to determine how they’ve done with it,” Plimpton said.

Pfizer’s study involves 5,000 kids nationwide and they say they hope to have results by the winter. In the meantime, doctors say protecting against variants spreading in children will remain a challenge.

“Our concern is that with increased or stable and ongoing transmission of these viruses, we will see more mutants develop, which can potentially escape from vaccine induced immunity,” Maldonado said.

For now, the vaccines are holding up against all known COVID-19 variants. The trial offers families involved some peace of mind knowing their children may have early protection.

“Not knowing if this is the kind of virus that would come back later in life — those things concern me,” Lacour said.

She says she believes Eloise is safer now that she’s been vaccinated.

“Protecting her in that way brings us a lot of comfort.”