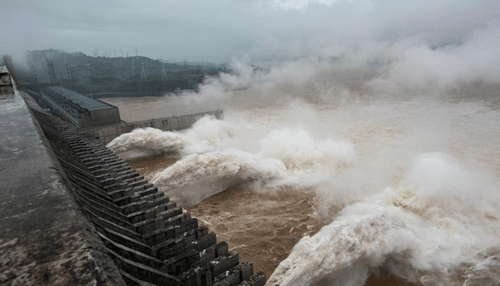 Water levels along the Yangtze River basin and its tributaries are expected to increase over the next week, the Ministry of Water Resources said, adding that major floods are possible throughout the country from June to August.

Wang Wei, an official with the flood and drought disaster prevention office of the Ministry of Water Resources, told state broadcaster China Central Television (CCTV) that total flood control capacity is approximately 69.5 billion cubic meters – most of the reservoirs have been discharged to full levels. He said the water level of the Three Gorges Reservoir is about 150.83 meters as of Wednesday and will decline through June 10.

Sun Chunpeng, director of the hydrological information and forecast center under the water resources ministry, told CCTV rivers of southern China are experiencing record-high levels. More precipitation is expected in the weeks ahead and could push river levels to even higher dangerous levels.

The country’s largest freshwater lake, called Poyang Lake, located in Jiangxi Province, could have water above warning levels by the end of the week.

“This year’s rainy season has come earlier than usual, but it is still within the normal range. Last year, China recorded record heavy rainfall, so the chance of this year being the same is low, but extreme weather is unpredictable due to the impact of global warming,” Cheng Xiaotao, the former head for the Institute of Flood Control and Disaster Reduction, with the China Institute of Water Resources and Hydropower Research, told the Global Times.

QingMa Investment, a hedge fund based in Shanghai China, shows flooding risks are climbing for China.

Last summer’s rainy season was the second-highest level since 1961, which triggered massive flooding and fears of the giant Three Gorges Dam failure that circulated across Western media.

It’s about that time Western media becomes obsessed with China flooding stories and persuades the world that China’s flood control capabilities are lacking.