Exports, Would “Plunge US

Into Mighty Sea Of

In it, the author suggests that the coronavirus outbreak is much worse in the United States than authorities are letting on – while noting that President Trump praised China’s measures to control the outbreak during a recent press conference. Xinhua also points out that the US stock market “has plummeted continuously, with a drop of more than 12% in just one week.”

The article then suggests the travel ban imposed on China – including the restriction of people who have visited China – was ‘unkind,’ and has had a ‘great economic impact’ on the country.

US government officials, such as Secretary of Commerce Rose, US Secretary of State Pompeo, and US White House Economic Adviser Navarro, have publicly gloated over China’s new crown pneumonia epidemic, saying that the outbreak of the new crown pneumonia epidemic in China is good for the United States and will help companies return to the United States.

It also called on companies around the world to consider the risks of China’s supply chain. Even the infamous “Wall Street Journal” published an infamous article “China is a real patient in Asia”, and the “New York Times” in the United States also published a document condemning the closure of Wuhan in China as a violation of human rights. The American culture of falling rocks is really shameless. Today, Feng Shui is taking turns, and the United States has become a victim of the new crown pneumonia epidemic. At this time, China has not fallen into rocks and has not condemned the United States. At this time, the United States should recognize its mistakes. Apologize to China for your actions. -Xinhua (translated)

The punchline? If China retaliates against the United States at this time, including a travel ban or a strategic restriction over medical exports,  America would be “plunged into the mighty sea of coronavirus.” 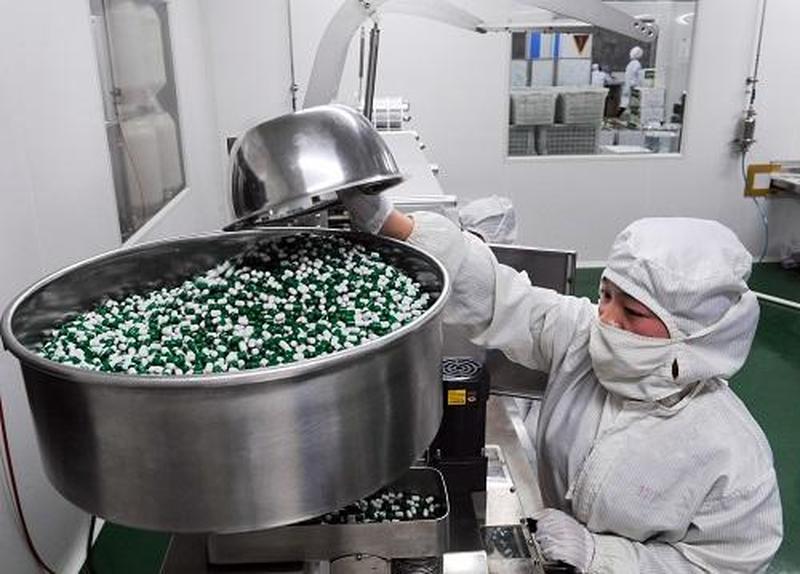 80% of present medicines consumed in the United States are produced in China. This includes Chinese companies and foreign drug companies that have outsourced their drug manufacture in joint ventures with Chinese partners. According to Rosemary Gibson of the Hastings Center bioethics research institute, who authored a book in 2018 on the theme, the dependency is more than alarming.

Gibson cites medical newsletters giving the estimate that today some 80% of all pharmaceutical active ingredients in the USA are made in China.

The made in China drugs today include most antibiotics, birth control pills, blood pressure medicines such as valsartan, blood thinners such as heparin, and various cancer drugs. It includes such common medicines as penicillin, ascorbic acid (Vitamin C), and aspirin. The list also includes medications to treat HIV, Alzheimer’s disease, bipolar disorder, schizophrenia, cancer, depression, epilepsy, among others. A recent Department of Commerce study found that 97 percent of all antibiotics in the United States came from China.

Should pharma companies be required to disclose the country of origin of their medicine – including ingredients?

5,564 people are talking about this

Still, Xinhua suggests in their ‘blackmail’ article that there is “great love in the world,” and that  they would never do such a thing. As their own coronavirus infections are gradually controlled, “China’s ability to export masks and medicines will be greatly enhanced.”

One thought on “China Hints At Blackmail Over Pharmaceutical Exports”