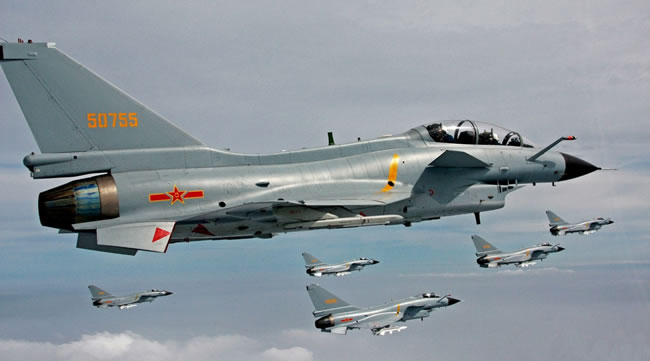 Forget mobiles, computers and more: China to beat the world’s most advanced chip manufacturing plant in Taiwan! – It will control the production of semiconductors…

No. 1 target is for China the most advanced chip manufacturing plant in the world, located in Taiwan. Sooner or later this factory will become “inoperable”, which will plunge the global supply chain into chaos in America and Europe.

The result will be a global shortage of mobile phones, computers and brake sensors and more.

At the same time, Apple’s chip maker Taiwan Semiconductor Manufacturing Company (TSMC) warned that a war between Taiwan and China would result in “everybody being a loser” as it would cause economic turmoil.

TSMC chief Mark Liu said earlier this week that the chipmaker, which is also the world’s largest semiconductor maker, would not be able to operate in the event of a Chinese invasion.

“No one can control TSMC by force. If you take military action or invade, you will render the plant inoperable,” he told CNN.

The company head explained that the factory is a sophisticated production facility and depends on real-time connectivity with the outside world, Europe, Japan and the US, on matters ranging from materials and chemicals to parts and software.

He therefore called on Beijing to think twice before taking any action, as China accounts for 10% of the plant’s operations.

Last year, the plant manufactured more than 60% of the world’s semiconductors. The head of the company called on all concerned to avoid war so that the engine of the world economy could turn.

At the same time, he said that we could learn from the Russian invasion of Ukraine, since the war caused losses both in the West and in Russia and Ukraine.

“..In addition, the share of Russia and China in the supply of a number of rare earth metals on the world market, some places of natural gas reaches 100 percent.

And if the issue of Taiwan is resolved positively (if the invasion succeeds) for the Chinese, more than 75% of semiconductor production will be concentrated in the hands of one country.

That is, in terms of the prospects of our relations, China is now a very interesting story.

This suggests that in the near future we can expect an inflow of yuan cash into the banks of the Russian Federation. And the problems with getting them will become less and less….”

China took the first step against Taiwan by imposing an embargo on the island and imposing sanctions against its institutions. According to information, the embargo is expected to be extended, creating a climate of economic suffocation in Taiwan.

It is the first step before launching an attack.

Specifically, according to CNN, China announced the suspension of fruit and certain fish imports from Taiwan, as well as the export of natural sand to the island.

China’s Taiwan Affairs Office spokesman Ma Xiaoguang said today that imports of grapefruit, lemons, oranges and other citrus fruits and some fish from Taiwan to China have been suspended.

The authorities invoked the precautionary measures for Covid.

Meanwhile, China’s Ministry of Commerce also announced that it is immediately suspending the export of natural sand to Taiwan.

It is a key raw material for the manufacture of semiconductors, one of the main export products of the island.

For its part, Taiwan announced that the suspension of sand exports from China will have little effect as demand has fallen to 1% in recent years.

This is not the first time that China has announced restrictions on imports of products from Taiwan. Last year, Beijing banned imports of pineapples and apples. But the situation is completely different.

Earlier this year, it also banned the import of grouper, citing the detection of some banned drugs and excessive antibiotics.

At the same time, Beijing will impose sanctions on two institutions from Taipei, banning their financial cooperation with mainland Chinese companies and individuals, said Ma Xiaoguang, a spokesman for China’s Taiwan Affairs Office.

These are the Taiwan Foundation for Democracy and the Fund for International Cooperation and Development, according to what Ma said.

Developments are moving at breakneck speed as Russia and China have agreed to trade in Yuan bypassing the dollar altogether. The deal has shocked the White House, which appears to be bracing for sanctions on China.

At the same time, the Russian government advises and urges the citizens of the country to open bank deposits in yuan as … Taiwan will soon take off the new “reserve currency” as they say.

The White House has been told that China now buys virtually everything from Russia, paying directly in yuan, bypassing the dollar altogether while not insuring transactions with Western companies.

According to the American information that came to the attention of the Biden administration, “ China is using yuan to buy Russian coal and oil.

Russian coal and oil paid for in yuan are set to begin flowing to China as the two countries try to maintain their energy trade in the face of growing international anger over the invasion of Ukraine.

These will be the first shipments of goods paid for in yuan since the US and Europe imposed sanctions on Russia and cut off several of its banks from the international financial system, according to traders.

Meanwhile, the first shipments of Russian oil bought in yuan will arrive at independent Chinese refineries in May, sources said.

Such deals are usually priced in dollars. But Western sanctions imposed on Russia after its invasion of Ukraine have largely cut Moscow off from the global financial system. And while Russian energy was not targeted in the initial waves of sanctions, the US and Europe are hitting this sector more aggressively as the war in Ukraine continues.

Experts speculate that China will try to change the de-dollarization status quo by pushing the yuan even more aggressively on the world stage.

At the same time, Russia is calling on Russian citizens to open bank deposits in yuan.

This is an official publication by a major Russian media outlet that has been ordered by the Kremlin and contains a “bombshell” about Taiwan.

Let’s see what it says:

“The Won is the most profitable and promising currency for opening bank deposits.

How profitable and promising this is, Nikolay Pereslavsky, an employee of the Department of Economic and Financial Research at the CMS Institute, said:

– The main advantage of the yuan in the long term against the dollar and the euro is its continued strengthening. In two years, it has risen against the dollar by more than 15 percent. And now it is not far from the highs of 2018 (about 6.35 yuan per dollar), that is, until the beginning of the acute phase of the conflict with the United States.

The USA is shown to be very weak as a pillar of democracy. There is a global outcry over the actions of the US leadership, especially the empty words about replacing natural gas in Europe. So, in the medium to long term, the yuan looks very good.

Regarding interest on deposits, firstly, now they are about the same for dollars, for euros and for yuan. But you can get these rates only in rubles.

Therefore, the yuan should be seen as a story that will work in the long run. It is not a currency in which you can simply get rid of inflation.

The safety of the yuan for Russian depositors is now at a maximum – relations with China are the most positive throughout Russia’s existence in recent history. China openly says it will not join the sanctions.

And he will continue to work both on the replacement of imported products from Europe and on the construction of factories, infrastructure, for the long-awaited technological recovery in Russia.

And the “Bomb” for Taiwan…

In addition, the share of Russia and China in the supply of a number of rare earth metals in the world market, some places of natural gas reaches 100 percent.

And if the issue of Taiwan is resolved positively (if the invasion succeeds) for the Chinese, more than 75% of semiconductor production will be concentrated in the hands of one country.

That is, in terms of the prospects of our relations, China is now a very interesting story.

This suggests that in the near future we can expect an inflow of yuan cash into the banks of the Russian Federation. And the problems with their acquisition will become less and less.