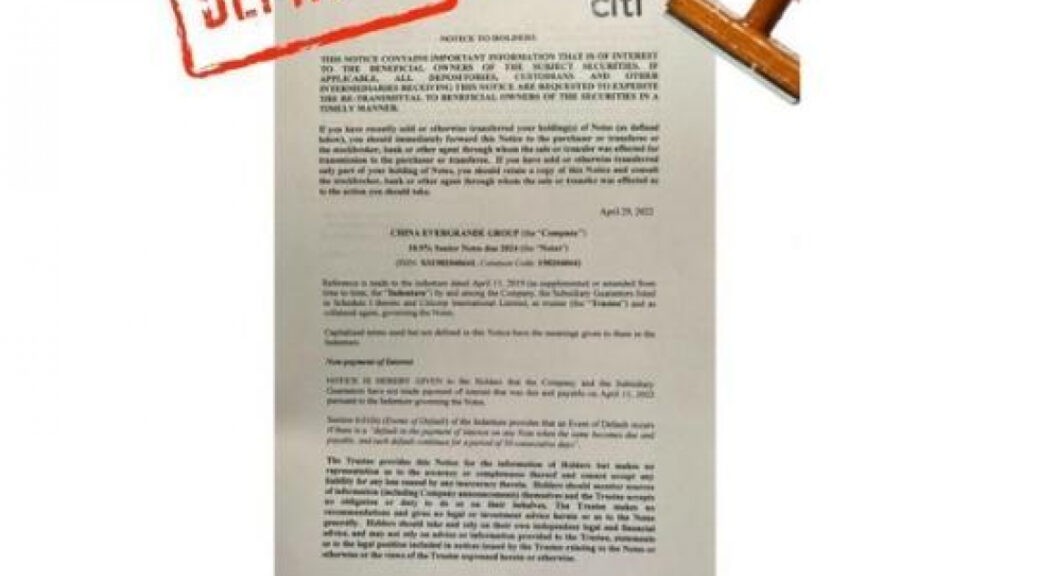 There is diddlysquat about this in mainstream media.

The China Evergrande Group is the second largest property developer in China by sales.

It is incorporated in the Cayman Islands, a British Overseas Territory, and headquartered in the Houhai Financial Center in Nanshan District, Shenzhen, Guangdong Province, China.

According to Citibank as of Saturday June 4th, EVERGRANDE is more than 30 days past due on interest payments.

This means that hundreds of billions of Dollars will get removed from market makers and banks on Monday  6th June.

Most G20 nation banks, Money Market  funds, some State pension funds will have direct or secondary counterparty exposure to this.

China Will only bail out China…by CCP takeover of Evergrande companies.

Foreigners are left holding the bag.

More or less the same thing happened in Ireland not too long ago and MANY Irish banks went bust overnight because of it.

A full 2/3rds of China’s domestic wealth and economy is tied up in residential and commercial real estate.  It is the largest single asset class of any nation in the world.

As China Evergrande reportedly begins negotiating creative ways to repay billions owed to offshore bondholders, a paying agent of one of the embattled property giant’s USD-denominated bonds has sent a letter to investors officially confirming default.

Dr Marco Meltzer, a respected German financial analysts and outspoken critic of the handling of Evergrande’s debt crisis, says he received a letter from Citi earlier this week all but confirming the company is broke.

Citigroup serves as a paying agent for a number of Evergrande’s offshore bonds. Paying agents are intermediaries which accept payments from bond issuers and distribute the funds among the bond holders.

“Just this week, I received an official letter from the agent Citibank that Evergrande has defaulted on our bond and I will never see my money again,” said Dr Meltzer.

“I had bought bonds last year in November to see if the media coverage of the real estate giant was accurate, as they repeatedly reported that Evergrande was doing well.

“Unfortunately, it appears this media coverage is taking its course.”

Meltzer shared a copy of the letter (published in the feature image of this article) which states Evergrande and its Subsidiaries “have not made payment of interest that was due and payable on April 11, 2022”.

Last year, an Asia Markets’ investigation highlighted a litany of examples in which missed Evergrande offshore bond payments were sugar-coated in the financial press through anonymous sources claiming that default had been avoided, thus leading to many investors overlooking the risk the crisis poses to global financial markets.

All the stories in the media about Evergrande negotiating its way out of default and paying bond holders were lies . . .  from or through, the media.

You see, its cheaper to pay the media to run a bs story than it is to pay $300 Billion worth of debt.

So here we see that media PROPAGANDA lured people into investing money, which they have now lost.

Think about that the next time you watch any so-called “main stream” media outlet.  It is no longer the exception to the rule to have media outright lie.  Many of you found that out with COVID.   Now investors are finding out the hard way.

Now, we all get to see what kind of rhetorical “blood-bath” takes place in Asian markets when they re-open later tonight (Sunday).   If it is as bad as I think it will be, the contagion will spread rapidly to Europe and to the US.   This could be quite a week.

There was a major, red flag warning sign, that something wicked was coming when Fitch Rating Service announced on June 2 they would cease rating Evergrande and its subsidiaries.

They announced “Fitch Ratings has decided to withdraw the credit rating for Communist China’s real estate Evergrande and its two subsidiaries on June 2nd, as there is not enough information to maintain the rating.

Foreign media reported that the rating agencies downgraded China Evergrande Group and its subsidiaries, Hengda Real Estate Group Co Ltd, and Tianji Holding Ltd to “restricted default” last December, saying the companies’ offshore bonds, including loans and private placement, had defaulted. However, as there is not enough information to maintain these ratings anymore, Fitch said. “No further ratings or analysis will be provided to Evergrande and its subsidiaries.” they added.

Ireland is tiny.  China is gigantic.

The amount of Evergrande debt is at least $300 Billion.   How many banks globally may now be tipped-over into being book-broke?   We start to see tomorrow. 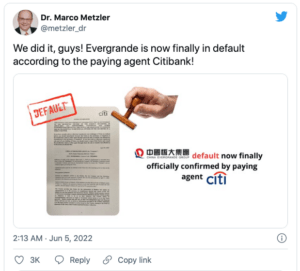 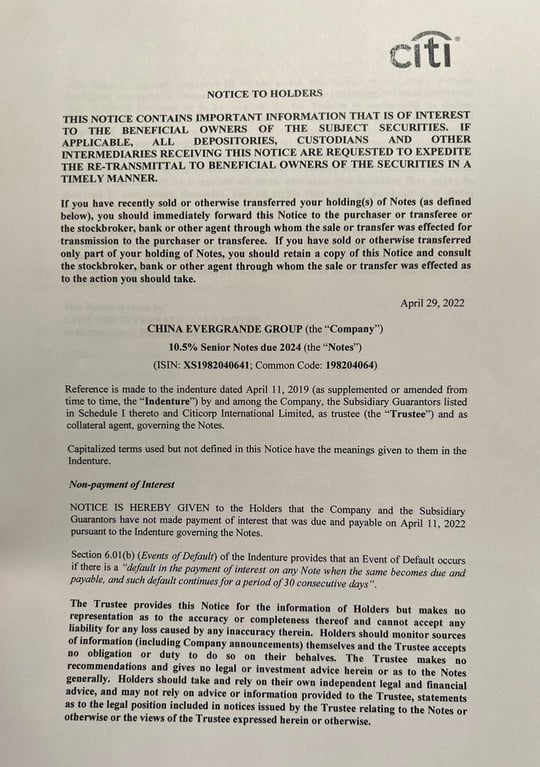 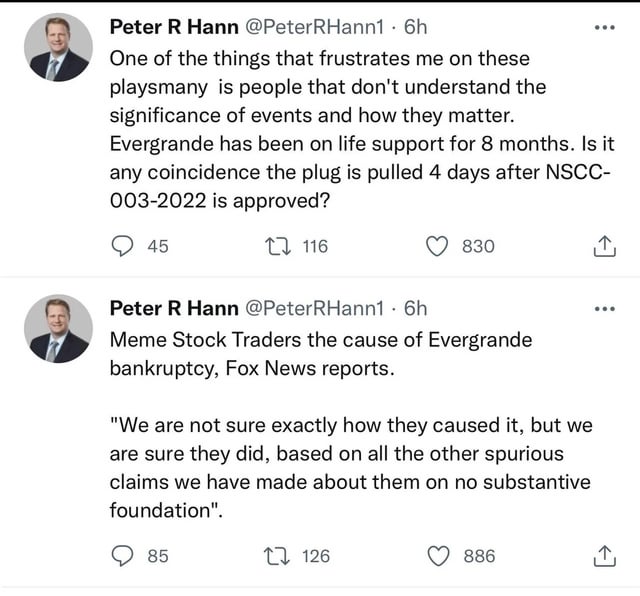 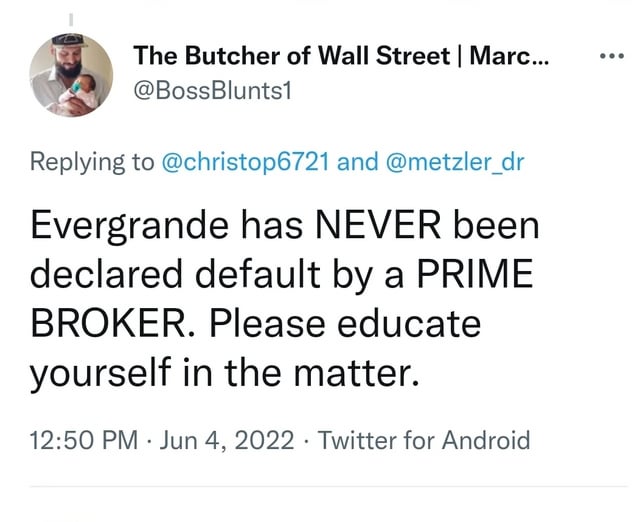