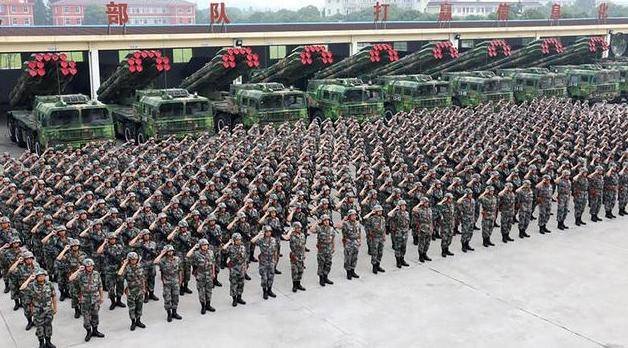 Once in a state of War, What Should the General Public Do? 一旦进入战备状态，广大老百姓该干嘛？

(Jennifer’s note: This is the English translation of a Chinese language article published in the Military section of Sohu on May 24, 2022. )

After decades of hard work, China’s national defense force has become stronger and stronger, coupled with China’s adherence to the road of peaceful development, the country has maintained a relatively peaceful posture, and China has been free of war for quite a long time. But the international situation is changing, the world situation may not always be good. There are still a number of countries in the world that are looking at us with great hostility. It is possible that confrontation and conflict may break out.

Wars are not fought overnight, and countries are put on war footing to be well prepared for the onset of war. Some of my friends got curious and asked hypothetical questions. If a conflict breaks out with another country, and it becomes so serious that war started and we are in a state of tense readiness, what should the general public do at this time? The answer is actually quite simple.

In order to ensure that there are enough soldiers in the war, the state will also recruit on a large scale, opening up more places to join the army, so that a large number of new recruits can join the army as soon as possible, so that they can strive to master combat skills before the war comes. Therefore, when the country enters a state of war readiness, the majority of young people must enlist in the army, and be ready to dedicate their blood to the country.

Apart from the youths of the right age who want to protect our homes and our country , and who can enthusiastically join the army, most of the people’s lives should remain unchanged. During a state of war readiness, they should continue to complete their work, follow the routines, do what they should do. This is also to contribute to the country. The public must not create or spread rumors, and not be used by the enemies. After entering a state of war readiness, many of the country’s industries have to serve the outbreak of war, but that does not mean that the lives of most people in society have to change.

The country is a huge entity, when it comes to the outbreak of war, the stability of the internal operation is no less important than the war. After all, war costs a lot of money and material resources, and without a stable rear, the army can easily fall into isolation and even run out of ammunition. Therefore, in a war state, the public only needs to continue to live and work normally, and at the same time, offer support for the country.

Even if we enter the state of war readiness, and are closer to the outbreak of war, apart from changes of the overall policies of the army and the country, the vast majority of the nationals should still function in their positions, work, and live normally, without much change. This is also to support the country. After all, no matter what time, the security of the rear is the fundamental to a country, as long as the rear is not chaotic, the country has hope, even if we suffer occasional defeats, the country with a stable rear still has the ability to turn the tide of war.