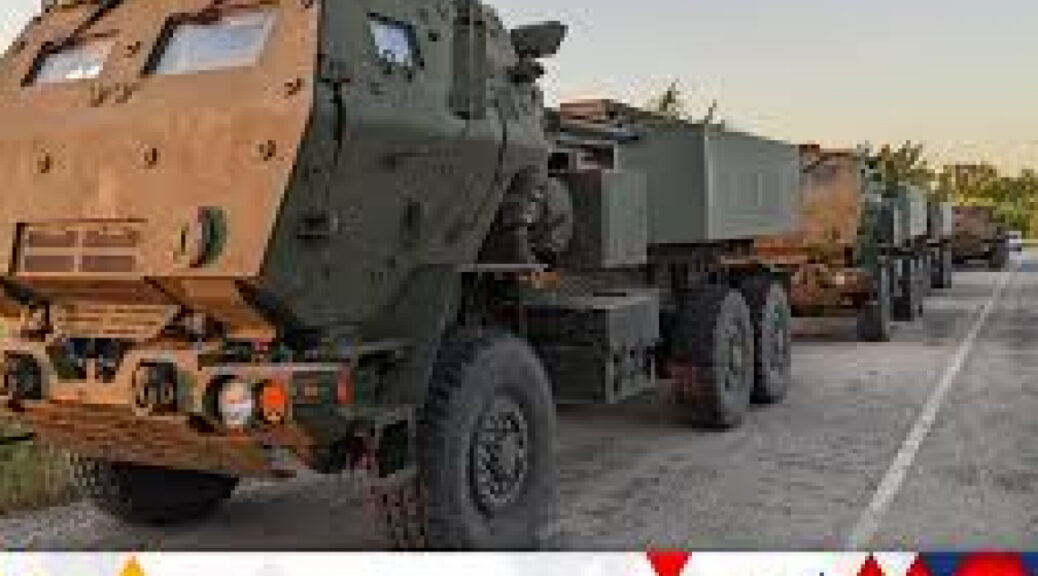 This may seem incredible to many but not to me.

Such corruption was rampant in Russia in the 1990’s under Yeltsin.

Russia seems to have recovered somewhat, but not Ukraine!

Reports are coming in CLAIMING (not yet verified) that Ukrainian Armed Forces members SOLD a United States “HIMARS” Multiple Rocket Launcher System (MLRS) to men they thought were “Chechens” for one million dollars.

The “Chechens” turned out to be Russian military intelligence.

According to unverified reports, the Russian Army is now studying the HIMARS system to be able to either duplicate it, or defeat it on a battlefield.

More details if I get them, but I emphasize that these claims are, as yet, UNVERIFIED.

Whatever the truth of the above this cannot be disputed

Russia’s defense ministry announced Wednesday that its forces operating in Ukraine have destroyed two US-supplied rocket systems recently transferred to Ukrainian forces under authorization of the Biden administration.In particular, Moscow is claiming it took out a pair of advanced High Mobility Artillery Rocket Systems (HIMARS), which have served to greatly expand the targeting range of the Ukrainian army. Earlier in the war, Russia vowed to attack any foreign supplied weapons or convoys it finds on the battlefield, further saying it would hold the supplying nations “responsible”.

There’s as yet no independent confirmation, and it’s unlikely that the Ukrainian side would confirm even if true. Kiev has reportedly denied it. If accurate, it would be a devastating rollback of efforts to give Kiev longer range rockets, given at this point the Ukrainians likely only possess less than half a dozen HIMARS. It also takes time to train the Ukrainians on the complicated mobile systems being transferred.

This could mean the destruction of half of the US-made HIMARS deployed by the Ukrainians. Reuters recounts, “Ukraine had received only four HIMARS systems as of early July, the European Council on Foreign Relations said in a report. The U.S. has pledged to deliver eight by mid-July.”

Further according to Reuters, citing the Russian military:

It also said Russian forces destroyed two ammunition depots storing rockets for the HIMARS near the frontline in a village south of Kramatorsk in Ukraine’s Donetsk region – the main focus for Russian troops following the capture of Luhansk over the weekend.

The ministry released video footage which it said showed the strike. Reuters could not independently verify the strike.

One war analyst, Samuel Ramani, commented that the Kremlin claim “underscores Russia’s desire to specifically target HIMARS shipments from the US to Ukraine.”

It also inches Russia and the US closer to potential direct conflict, given the likelihood that Russian forces appear to be actively hunting any foreign-supplied weaponry, especially longer range rocket systems.

The long-awaited M142 HIMARS made their first appearance this week, striking in Izyum, Ukraine.

Info is still pending, but one thing is clear:

Artillery is the King of Battle 💥 pic.twitter.com/sS4crZYecL

The Ukrainians have meanwhile been urging Washington to supply systems even longer in range that the 50-mile capable HIMARS. According to CNN last month, “Ukrainian officials have asked for the missile defense system, known as a NASAMS system, given the weapons can hit targets more than 100 miles away, though the Ukrainian forces will likely need to be trained on the systems, a source said.”

The White House has been reluctant to increase the range of what it hands over to the Ukrainians, however, based on fears that such munitions could reach deep into Russian territory, which would mark an even greater escalation.