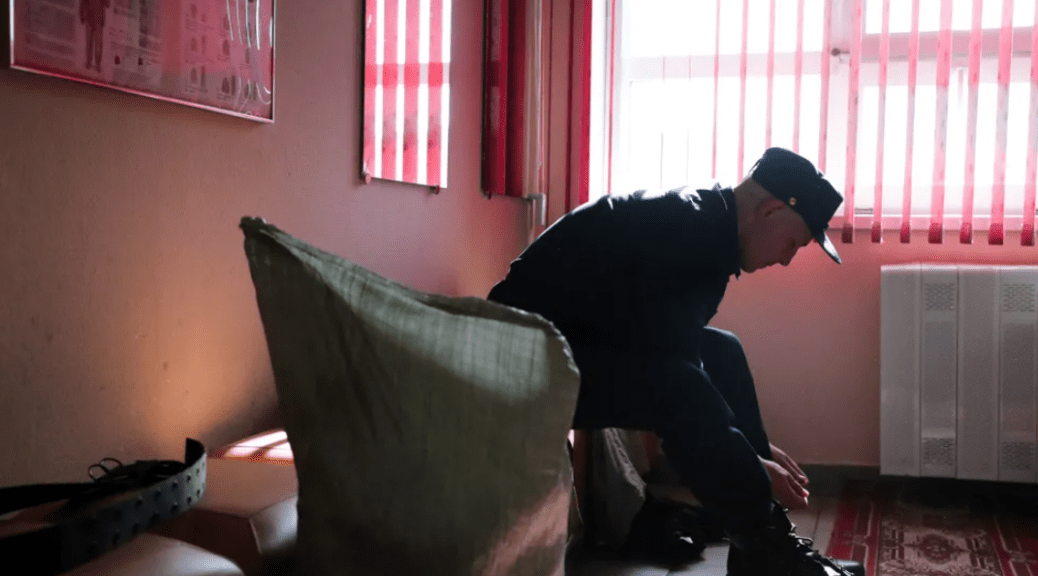 The secret seventh paragraph of the decree on mobilization allows the Ministry of Defense to call up one million people. About this to Novaya Gazeta. Europe,” a source in the presidential administration said.

The day before, a scan of Vladimir Putin’s decree on the introduction of “partial mobilization” in Russia was published on the website of the legal information portal . The seventh paragraph of the decree is designated “for official use.” Later, answering journalists’ questions, President’s press secretary Dmitry Peskov said that the classified item referred to the number of reservists who could be called up for military service.

Interlocutor of Novaya Gazeta. Europe” in the presidential administration emphasizes that at first the issue of entering the entire text of the decree under the heading “for official use” was discussed – this was advocated by representatives of the Ministry of Defense. Later, according to the source, it was decided to hide under the heading only the seventh point, which really dealt with the number of those who should be mobilized.

“The figure was corrected several times, and in the end, they settled on a million”, — said the source of the publication.

To confirm this information, Novaya Gazeta. Europe” also tried to contact the executive authorities, which, as a rule, receive the full texts of presidential decrees, including those classified as “for official use”. According to sources in several ministries, they did not receive the full text of the decree, and there is no way to see it through the MEDO (interdepartmental document management system).

“From my access to MEDO, I see the same text as everyone else: the seventh paragraph is hidden by a plate,” said the director of the department in one of the ministries.

“New Newspaper. Europe” emphasizes that the “For official use” stamp is the first, the highest level of categorized documents, according to the legislation of Russia. For its disclosure, in contrast to documents classified as “secret”, “top secret” and above, as a rule, only disciplinary or administrative liability arises.

In Russia, for the first time since 1941, mobilization has been announced, but no one understands how it will work. We analyze the main aspects

Since the announcement of the mobilization, the military commissars of at least four Russian regions have signed orders that prohibit citizens liable for military service from leaving their cities.

At least 1,386 people have already been detained at protests against mobilization that took place all over the country the day before, OVD-Info reports .

In an interview Thursday, Rear Admiral Vladimir Tsimlyansky, speaking as an official representative of the Russian Armed Forces, revealed more details about the country’s “partial mobilization” that was announced on September 21.

Here’s a summary of what he said.

Who won’t be mobilized:

Russian Defense Ministry Sergey Shoigu said earlier that the mobilization effort declared on September 20 will affect “300,000 reserve troops,” and will only apply to people who have already served and have military training and combat experience.

Vladimir Putin’s official mobilization decree includes a classified paragraph marked “for official use.” According to Russian Presidential Press Secretary Dmitry Peskov, the confidential section contains the number of soldiers to be mobilized. A source from the Putin administration told Novaya Gazeta Europe that the paragraph allows for up to one million people to be drafted, something the Kremlin denied. 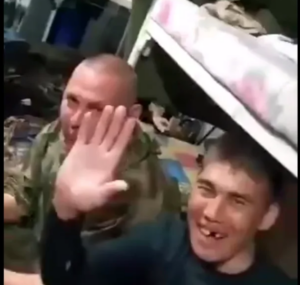 The Ministry of Defense does not have a clear procedure for recruiting troops, reservists are taken to units, military registration and enlistment offices are on fire, there are queues at the borders

For the second day in Russia, a “partial mobilization” is underway. In all regions, summonses are handed out at work, at the place of residence, and even in the police department after being detained at anti-war actions. As explained by the Ministry of Defense of the Russian Federation, the army primarily requires shooters, but the authorities still do not have a procedure for mobilization. Meanwhile, military registration and enlistment offices are set on fire in Russian cities in protest, and in Dagestan, protesters blocked the federal highway.

About what happened in Russia on the second day of mobilization and how the world reacts to the call — in the material of Novaya Gazeta. Europe”.

The decree on “partial mobilization” in Russia is full of vague wording, which is why citizens could not even understand what order of recruitment awaits them and who can not go to the front. Today, the Russian Ministry of Defense clarified: there is no clear order of mobilization, but the army, first of all, needs shooters, tankers, gunners, drivers and mechanics-drivers. Priority is also given to those who have combat experience.

Russian citizens who permanently reside abroad and are not registered in the military are not subject to conscription. However, if a Russian citizen is on a short trip abroad, he may be called up. The General Staff also claims that there is no question of any mobilizations or appeals of full-time students studying at universities. At the same time, The Village newspaper reported that at the Buryat State University in Ulan-Ude, the rosgvardeytsy began to take students directly from their homes. The vice-rector of the Belarusian State University explained that this is how the security forces allegedly ” work with citizens who are in the mobilization reserve

Those who qualify for the draft wondered what would happen to their permanent job. The Russian government today approved a decree on the preservation of jobs for the mobilized-they will be able to keep the employment contract and later return to their previous place of work.

Five Russian regions have already signed a mobilization order: These are Yakutia, Tatarstan, Samara region, Dagestan and Moscow. Everywhere, except in Moscow, the orders contain a clause according to which reserve servicemen who do not have mobilization instructions and have not received a summons are prohibited from leaving their district or city.

Local residents of the Kislyakovka farm in the Krasnodar Territory, which has a population of 300 people, told Novaya Gazeta. Europe”, that in one day 22 men were mobilized there at once. One of them was taken away from his place of work under the pretext of “talking”, the other on the night of September 21-22, together with other reservists, was taken to Krasnodar without warning.

Source of the ” New. Europe “in the presidential administration said that the” secret “seventh paragraph of the decree on mobilization, which is designated as “for official use”, allows the authorities to call a million people. At the same time, the press secretary of the President of the Russian Federation Dmitry Peskov denies this information. Officially, the Ministry of Defense claimed that 300 thousand people would be called up.

According to the General Staff of the Russian Federation, during the first day of the “partial mobilization”, about 10 thousand people independently arrived at the military commissariats.

In particular, Novaya Gazeta journalist Serafim Romanov was detained in the northern capital. Today, the court arrested Romanov for 5 days under the “rally” article (20.2 of the Administrative Code).

Police used batons at protest actions, and there were also reports that detained men were issued summonses at the police department. So, in the Department of Internal Affairs in the Golovinsky district, a summons was handed to SOTA journalist Artem Krieger. Peskov responded by saying that this practice “does not contradict the law, and therefore there is no violation of the law.”

A petition against mobilization launched by anti-war activists has already been signed by more than 340 thousand people.

Russia is setting up a big war: Fleet & Air Force Mobilization in the Baltic – Call for reserves in Estonia and Prime Minister’s speech!

We also have rapid developments in the Baltic as a series of military movements by Russia forces the states of the region to put their Armed Forces on high alert.

Already the fact that conscription began in Kaliningrad also sounded the alarm.

The beginning was made a while ago by Estonia, as with an unusual and rare move, the country’s prime minister addressed the people on the situation with Russia.

The Estonian Armed Forces have been put on high alert, while reservists are being called to report for a readiness exercise.

Estonia is Russia’s main target especially after the country’s agreement with Finland to create a naval exclusion zone against the Russian Fleet.

Double exercise of the Baltic Fleet for protection and convoy strike…

Immediately after the mobilization ordered by B.Putin, the Russian Baltic Fleet and the rest of the forces stationed in Kaliningrad were put on alert and began major exercises.

In the command and staff exercise of the Baltic Fleet, more than 15 ships, the naval aviation participated, while the ground forces of the Iskander ballistic systems were also activated.

The ships and air force of the Baltic Fleet conducted a large dual exercise. According to information, 15 aircraft also participated.

Patrol cruiser Yaroslav the Wise, corvettes Stoiky and Soobrazitelny took part in an exercise to provide convoy cover in the Baltic Sea.

This was followed by exercises with naval strikes, search and rescue exercises as well as strike exercises by the ships of the Baltic Fleet.

Naval aviation aircraft launched a missile attack on a convoy and escort ships in the Baltic Sea.

Having received data on missile launches from virtual enemy ships and the take-off of aircraft, the air defense systems of the escort ships were put on alert, the electronic warfare systems were activated for camouflage to misinform the enemy.

In the next stage of the exercise, ship crews located and classified targets, and anti-aircraft missile and artillery crews destroyed virtual enemy cruise missiles and aircraft at the farthest line of defense.

The purpose of the exercise was to work out the scenarios of guarding the convoy, repelling air attacks from a virtual enemy from various heights and conducting combat operations against surface ships.

The Baltic Fleet strike groups, consisting of the ships Odintsovo, Zeleny Dol, Sovetsk, Passat and Liven and the vessels Chuvashia and Dimitrovgrad continue to perform duties as part of the exercise.

The ships’ crews completed the tasks of searching for ships and locating a virtual enemy in the Baltic Sea. This was followed by electronic launches of Kalibr, P-120 Malachite ( 4K85 ) and P-270 Moskit missile systems at the identified naval targets.

As a result of electronic launches, all designated targets were successfully hit.

During the execution of their duties, the crews of the ships carried out a series of exercises such as defense against sabotage while carrying out a set of measures for air defense, anti-ship and anti-submarine defense.

Pilots of the Baltic fleet during the exercise tried to hit a convoy of a virtual enemy.

As part of the command and staff exercise of the Baltic Fleet forces, the crews of Su-24M front-line tactical bombers and Su-30SM fighters bombed surface targets in maritime areas of the Baltic Sea.

Virtual enemy attempted a landing on the coast of the Kaliningrad region. A Su-24M was immediately dispatched which preceded the main strike.

After the virtual enemy was spotted, Su-24M and Su-30SM aircraft took off along with Su-27 fighters which provided cover.

In total, up to 15 bombers and multi-role fighters of the Baltic Fleet’s naval aviation took part in the exercise.

One thought on “Claims: more than 1 million reservists are in arms – recruitment centers are flooded”