A lead forecaster at Fiji’s Meteorological Service says Cyclone Yasa has the strength to potentially wipe out villages in the coming days.

The public is being warned to prepare to be hit by a devastatingly severe cyclone with impacts to be felt late Thursday and into Friday. 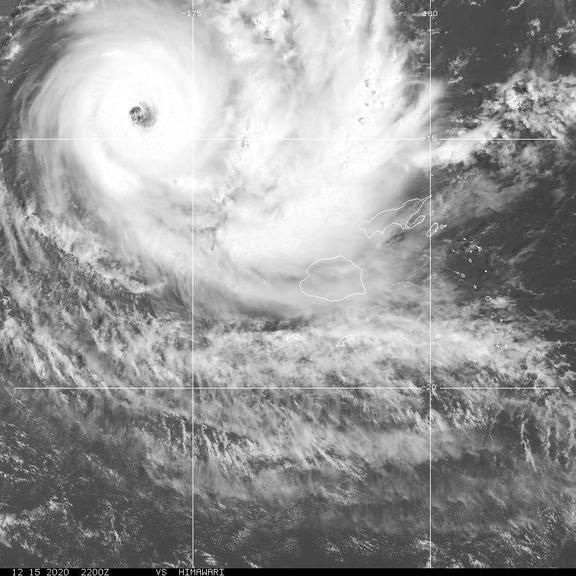 Cyclone Yasa is a category five storm, packing winds of up to 315 km/h.

Its forecast track has it moving across the main islands of Viti Levu and Vanua Levu as it snakes southeast.

“The impacts will be devastating for Fiji.

“We should be expecting, as it moves closer to us, a lot of storm surges. That’s what was experienced in the last category five we had so that is what we are anticipating as well.”

Meke said the winds brought about by Yasa could be hugely destructive.

“We are also expecting a lot of destruction caused by the winds that are brought about, so that is what we are trying to tell the public.

“That should be very devastating for any infrastructure that it will encounter. So that is generally one thing that we are trying to tell the members of the public, because we already know that these infrastructures that are existing in some of our villages could easily be wiped out by a storm of this magnitude.”

Meke said people were bracing for the storm but many people had limited options when it came to shelter.

Schools are closed in preparation for the cyclone, with many set to be used as evacuation centres.

Fiji was hit by category five Cyclone Harold in April, which killed one man, injured others and caused millions of dollars worth of damage.

In 2015 Cyclone Winston, another category five storm, killed 44 people and left many homeless.