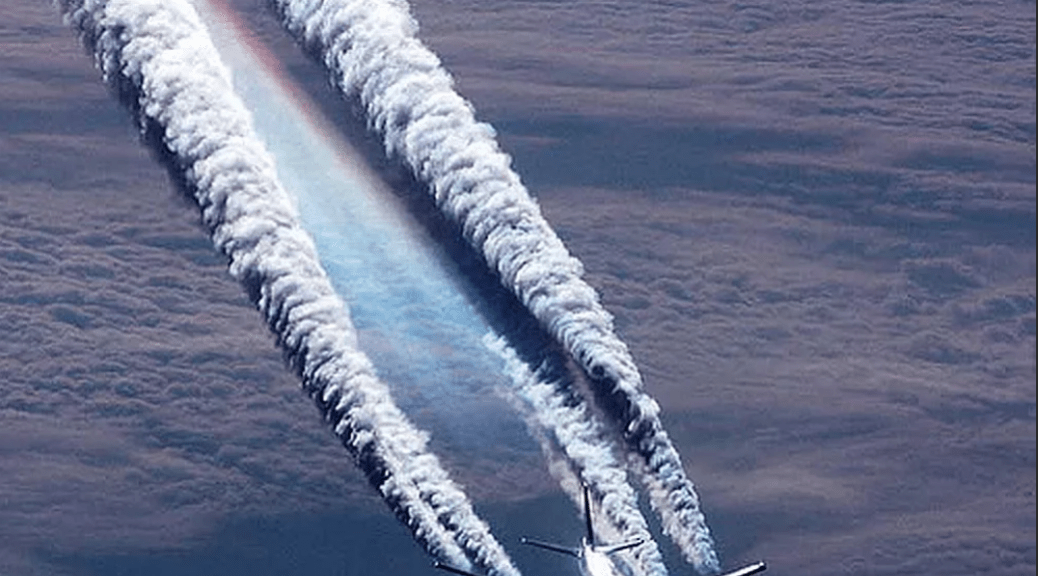 I wrote this a few days ago. I am posting it “as is”

I have been listening to an interview with Dane Wigington on the latest weather bomb to be unleashed on the United States along with his observations of what has been happening in his backyard.

Having lots of time to think I have been going through and reflecting on the evolution of my thinking on climate change and, more recently geoengineering.

‘I first learned of what was then called the greenhouse effect in Bangkok in 1998. This strikes me as the most accurate description; each further renaming seems a retreat from the reality.

For several years I was influenced by Al Gore’s 1992 book “Earth in the Balance”. I remember the hope of having the author as vice president and later the disappointment at his betrayal at the Kyoto conference.

Fast forward a bit and my very first item on my blog featured Bill McKibben of 350.org.  His position is linked with a seminar I attended with a local fan of his whose teaching including putting on a white board people’s views on the “advantages” and “disadvantages” of climate change. It was all I could do to not walk out then and there.

Later, when I learned about the dangers of Arctic methane as a positive feedback I used to go back to McKibben to see what he had to say about the matter.   Crickets, of course,along with the other authorities.

I have not heard anything of McKibben in recent years until I came across the following article.

Bill McKibben: “Renewables are cheap, and everyone wants them, but there are big gaps in our ability to get it done”

Ten years on I would not trust a single word of his.

It was, therefore a breath of fresh air when I stumbled across climate change maverick, Guy McPherson who at the time was recording positive feedbacks and showing how the climate was changing far more rapidly than anyone was willing to admit back in 2012. His credibility was bolstered, not only by the logic by the reaction he got from the climate change “consensus”, which could only be compared with the liberal cancel culture we see today.

I was involved in two visits of his to New Zealand when he hosted him in our house so we were on good, if not intimate personal terms.  If I were to be honest I could be described at the time as one of his greatest defenders. In deed, at that time he (or rather his ideas) needed defending against his detractors.

Things started to fall apart with his sudden and unannounced shift to Belize after his marriage with his wife, Sheila. Soon came the stexting scandal involving a young woman from Australia which cost Guy most of his erstwhile support. Still I supported him but again Guy and Pauline moved back to the States and after a short period of time reappeared in a makeover which involved a new wardrobe ( gone was the old, threadbare brown jacket that went everywhere with him along with new furniture that seemed totally out-of-keeping with the Mud Hut.

Absolutely insane ideas such as that the civil war in Syria had nothing to do with politics and geopolitics, but was caused by drought did not go unnoticed but it was when I started doing my own, independent research on changes in Arctic ice with my new friend, Margo, that I started to see changes in his relationship with me.

Then I picked up a comment from him that I had “betrayed” him. Stung by the suggestion I could not work out why.  It was only with the passage of time that it became clear why.

Guy McPherson was becoming more paranoid until it reached the stage in 2018 when I last saw him where anybody and everyone he had had anything to do with in the abrupt climate change, from Paul Beckwith to the gentle Peter Wadhams was an “asshole” and had “betrayed” him.

About this time I could not escape the strange skies down here in New Zealand that I had never seen in the previous 60 years. I started posting photographs on Facebook asking questions about what this could be. I only got two types of answers – those that said this was real geoengineering and those who flicked it all off with the customary answers, that what I was looking at and what anyone with eyes to see simply didn’t exist.

Questions came not by seeing hundreds of pictures of chemtrails but what I was seeing with my own eyes in my own backyard.

It seems that by simply asking questions I was committing a cardinal sin. So, I did what I usually do and researched further and eventually came to what was the only possible conclusion that an open mind could.

Confirmation came with Dane Wigington’s superb documentary the Dimming which I strongly recommend to anyone who hasn’t yet seen it.

Anyone who denies the evidence without some pretty convincing counter-evidence of lab tests from what is being rained onto us, including aluminium, is no more than a close-minded ideologue.

I would not be surprised to learn that Guy McPherson refuses to watch it.

I have come to know Dane quite well over time although we have never met personally.  In many says he is the obverse of Guy McPherson. He is generous with his acknowledgements; indeed he is generous – I have never heard him ask for money -all his knowledge is given away freely.

More importantly for me, he walks the walk. This latest interview was recorded from a mountainside where he was examining his beloved trees. He is a real ecologist, not a self-declared one and his deep concern and love for the Living Planet should be clear to all.

In this interview he described the dying forests and the dead tree roots and the leaves that do not turn brown and fall -all things, although less stark than California that I have observed independently  for myself.

He describes passionately and eloquently the death (or perhaps more accurately, the murder of the living planet, something that a score of peer-reviewed papers can never convey.

2 thoughts on “Climate Change, Guy McPherson and I”