This is so unbelievably inept that the authoritiues may as well be saying to the virus “come on in!”

A
cruise around New Zealand has abruptly ended with

passengers removed
from the ship and let loose in Passengers
aboard the Le Laperouse, a small cruise ship which docked in
Wellington on Monday morning, confirmed the remainder of the trip
around New Zealand had been cancelled.

All
passengers had been told to get off the ship.

However,
New Zealand Cruise Association chief executive Kevin O’Sullivan said
the 150 passengers were not kicked off the ship.

The
cruise ship Europa 2 arrived in Timaru on Thursday morning. The
Germany-based cruise liner is visiting New Zealand for the first time
this summer. …

He
said they were told the cruise was ending – and most decided they
wanted to get off. There was no option to stay aboard for any that
wanted to, he confirmed.

One
passenger told Stuff no restrictions had been put on their movements
in Wellington. There was no known sickness on board.

Some
passengers who had disembarked were seen getting onto a sight seeing
bus.

As
of this 1am morning, all cruise ships not already in New Zealand
waters have been denied entry into the country.

Meanwhile
another cruise that had been bound for Wellington with a suspected
coronavirus case has missed the capital and is Melbourne-bound.

The
Golden Princess arrived
in Akaroa, Canterbury, on Sunday morning. Three passengers were
quarantined on board by the ship’s doctor and one was tested for
coronavirus, after showing respiratory symptoms.

Passengers
were not allowed off the ship.

A
statement from Princess Cruises, which operates the ship, said the
result was negative.

Neither
the Ministry of Health nor Canterbury District Health Board was able
to confirm this on Sunday night.

Passengers
on the cruise ship Le Laperouse docked in Wellington today, and
passengers were told to leave and get themselves home.

The
ship was due into Wellington on Monday morning but, according to
marine tracking site Marinetraffic.com, was at 7am on Monday off the
coast of Dunedin heading towards Melbourne.

A
passenger aboard the Golden Princess cruise berthed at Akaroa on
Sunday was tested for COVID-19.

Le
Laperouse is possibly the last cruise to visit Wellington this
season. The next two cruise ships due into Wellington – Ovation of
the Seas and Queen Elizabeth – are currently out of New Zealand
waters so covered by a ban of cruise liners entering New Zealand.

Coronavirus
would impact many facets of the Wellington economy.

“This
is by far the biggest thing that I have seen that is going to impact
the tourism sector.

“But
there is good resilience in the sector.” 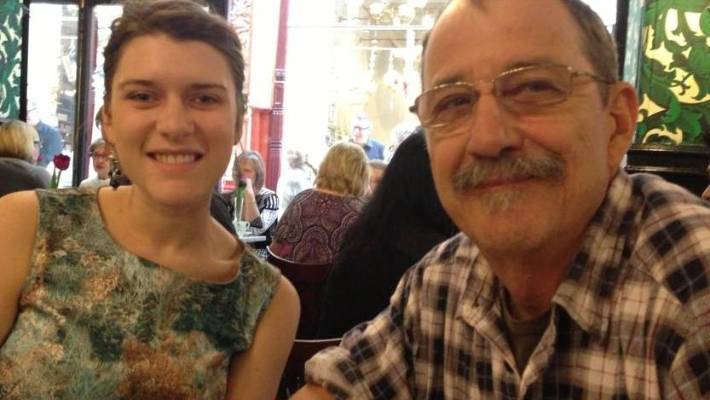 An
Australian man is self-isolating in Wellington after testing positive
to coronavirus.

Townsville
dance teacher Andre Reynaud was tested by Queensland Health after
returning from a trip to France, but flew to New Zealand before
receiving results of the test.

Reynaud
flew from Brisbane to Wellington on Air New Zealand flight 828,
landing at 12:05am Saturday morning.

“I’m
surprised and disappointed that he took the flight,” Ministry of
Health Director-General of Health Ashley Bloomfield said

Reynaud
was identified quickly after his Australian doctor alerted New
Zealand authorities of the test result.

“Our
public health authorities immediately kicked into action to find that
person, and to identify and follow up any contacts,” Bloomfield
said.

“The
man is now symptom-free, and remains in self-isolation with his
partner and another family member. They are both well and working
closely with public health staff.

“He
does not require hospital-level or other medical treatment.”

He
was showing symptoms prior to being tested in Australia, but was
asymptomatic by the time he arrived in New Zealand.

Bloomfield
said public health staff were checking with their Australian
counterparts to see what advice Reynaud was given before flying to
New Zealand.

Reynaud
told The NZ Herald he learned he had tested positive while having
breakfast with his son at a Wellington cafe.

“From
there I went straight back to my hotel room and got in contact with
health authorities,” he said.

Bloomfield
said he was not aware which cafe Reynaud had been at, but it was
unlikely there was a high level of risk to other patrons.

Reynaud’s
workplace, Ann Roberts School of Dance, said he had been in contact
with four other staff members on Thursday afternoon, but no students.

The
four staff members were
all self-isolating in Townsville.

“Andre
is feeling fine and will continue to be monitored by health
professionals to ensure a speedy recovery,” the school said in a
Facebook post.

Chris Bishop is our local MP