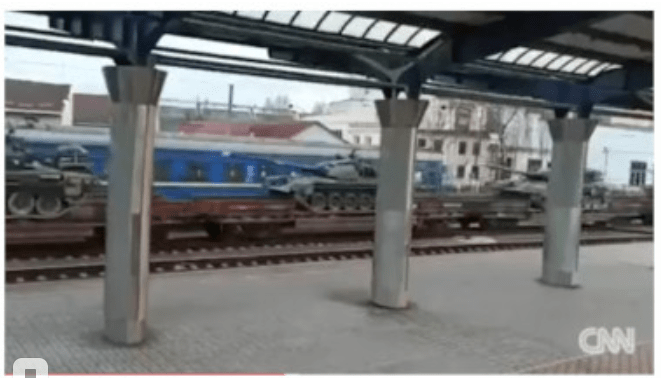 Moon of Alabama pulls it apart with ease but is also guilty of peopaganda by insinuating that Russia has NOT amassed considerable military force on its own borders.

As tensions with Russia continue to rise in eastern Europe, CNN gains unprecedented access to the Ukrainian president on the front line in Donbas, eastern Ukraine. Ukrainian military officials tell CNN they estimate more than 50,000 Russian troops are massing near the border. CNN’s Matthew Chance reports.

First – this isn’t news. Zelensky visited the troops at the frontline on Thursday. Second – the tensions are not ‘on the rise’ but have moved down a tack or two since Friday when Zelensky gave up and filed for peace.

In the video Zelensky and the CNN correspondent and camera team enter a helicopter. The voice over says: “CNN has gained this unprecedented access to the Ukrainian president on a carefully planned troop visit flying with him fast and low to avoid ground fire.”

Where please is that ‘ground fire’ supposed to come from when Zelensky is flying over Ukrainian held grounds towards some Ukrainian command post near the frontline? This is followed by scenes in which Zelensky,  a trained actor, does telegenic hops over ditches.

Two minutes into the video CNN shows some military transports. The voice over says: “With growing tensions a dramatic buildup of Russian forces near the Ukrainian border and in Crimea. Cellphone footage has emerged of armored columns like this one. And military hardware being transported by rail towards the border.”

It is a quite interesting what footage CNN is using at that point. 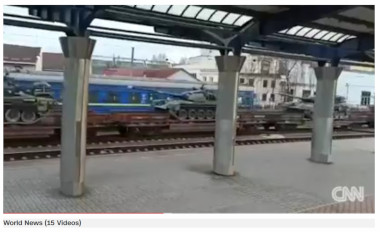 Behind the train with the tanks there is a passenger train in the station. Its cars are blue with a yellow stripe, the colors of the flag of Ukraine.

The cars in the CNN video are obviously Ukrainian rail cars. Like this one which also features the Ukrainian state emblem. 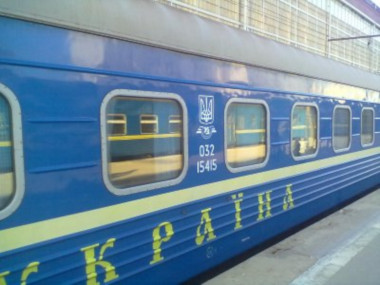 CNN uses footage of Ukrainian weapons moving to the front to claim that Russia is moving arms to the frontline. CNN knows its viewership. People who still watch it after four years of CNN Russigate nonsense will certainly not detect such fakes.

There is a lot of additional footage of ‘military hardware being transported by rail towards the border’ that CNN could have used. Here is a small selection of such tweets with videos from March 11 through April 1:

Those trains were all Ukrainian trains which, since early March, have been moving heavy weapon towards the frontline each and every day.

Of course none of those Ukrainian trains were reported by CNN as Ukrainian aggression towards its renegade citizens in Donbass. They were not reported on at all.

It were these unprecedented number of trains, together with the bellicose rhetoric coming from Kiev, that convinced Russia that something bad was being planned. Russia had to react to that and it did so in a convincing manner. Zelensky has folded and the crisis has, for now, been defused.

But that is, again, something you won’t learn on CNN.