Translated from the Greek via Google translate

According to the latest information, fierce clashes are taking place between Ukrainians and Russians on the contact line in Donetsk, while according to information, there are wounded Ukrainian soldiers.

The cities of Pyshevik, Krasnogirk and Gnutove are bombed by Russian-speaking people and the Ukrainians respond with rockets against their positions in the city of Oktabyrsk in Donetsk.

Gorlovka Mayor Ivan Prikhodko confirmed what WarNews247 revealed a few hours ago: Houses are on fire and areas are being evacuated!

See the first video of the area

According to sources, Ukrainian forces are operating in the Avdeeka area while there is information about a ground operation towards the city of Pisky.

Violent clashes are taking place in the Staromikhaylovka, Spartak areas and at Donetsk airport.

Russian residential areas in Donbas are being evacuated as houses north of Horlivka burn. The Ukrainians hit the central areas within the city with their artillery.

Reports indicate that there is a preliminary agreement for a US “Flight Free Zone” over Donbass.

This means that US forces will enter the region on the model of Syria and the USAF will have the right to intervene.

Maybe that was the reason for the withdrawal of forces from the Middle East that we mentioned yesterday.

Prelude to conflict: they Empty the M. East of the USA – Carrying powers If Europe – Closed the bridge over the Kerch – security Council in Ukraine (Video)

Russia is ready for intervention

The situation seems out of control now. The Russian A / GEETHA gave an order to check the readiness of all Russian forces in the Black Sea and Southern Military District.

The Russians seem ready for a major military intervention as the Airborne Command and Control Center was spotted flying in the area.

At the same time they have transported Tor M2 anti-aircraft systems belonging to the 56th Airborne Brigade. This shows the intention of military involvement very soon.

The Ukrainian Secret Service reported that there is increased activity of Russian forces in Bryansk, Voronezh, Rostov and Crimea.

Biden-Zelensky communication – The President of Ukraine received the green light

US President Joe Biden had a telephone conversation with the President of Ukraine. The two presidents spoke for 30-40 minutes. Everything shows that Kiev received a “green light” for starting a business. Shortly afterwards, Zelensky stated that:

“We appreciate the American support. We stand shoulder to shoulder when it comes to preserving our Republics. My commitment to transforming Ukraine, improving transparency and making peace is strong. “American cooperation is crucial for the Ukrainians and for the Ukrainian Army.”

“We talked about the growing aggressive Russian behavior in Donbass, near the Ukrainian border, as well as a possible impending escalation. We ask you to double your vigilance.

“Russia is strengthening its forces on the Ukrainian border by transferring units from other parts of Russia,” he said. 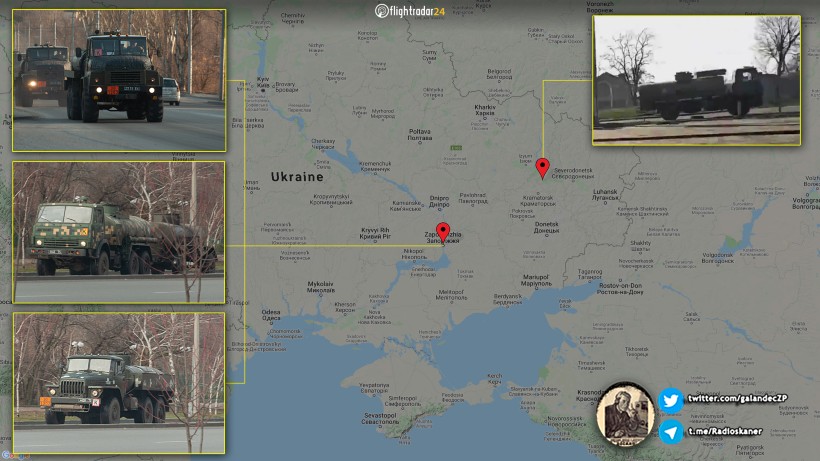