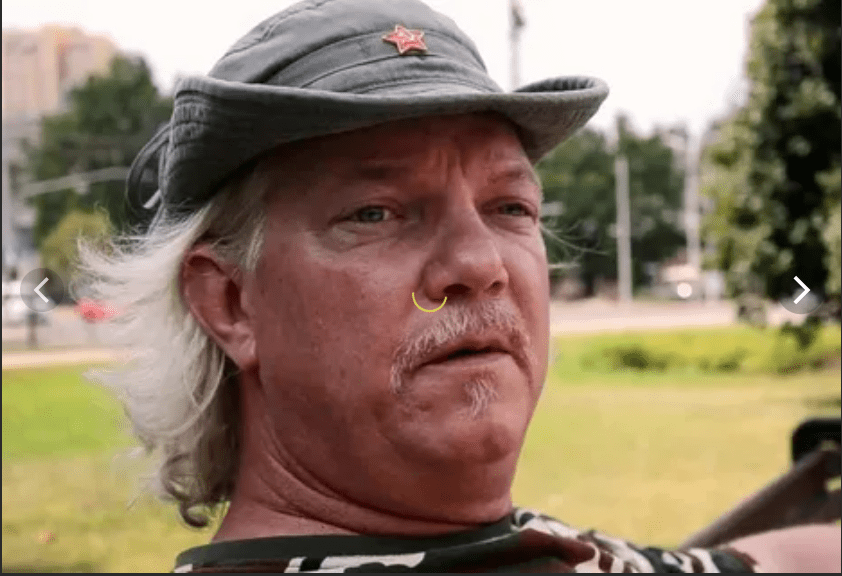 Russell Bentley: Russia is increasing their forces, where is this war going?

What I wrote about on October 2 and talked about for a month before that (a tactical false-flag nuclear attack by the U.S. on Ukrpian-held territory), Oleg Tsarev wrote about today. He is one of the most important and intelligent political analysts in Russia. I’m glad to see that he finally understands. I’m sorry that now it’s probably too late to prevent this. Today’s post by Tsarev below –

On October 18, British Secretary of Defense Ben Wallace, on the eve of the resignation of Liz Truss and the entire government, flew to Washington to meet with US Secretary of Defense Lloyd Austin. The official version is a discussion of general concerns about security and the situation in Ukraine. For the sake of the visit, Wallace canceled the planned hearings in Parliament in a very short time.

Wallace’s fears are caused by partial mobilization in Russia, shelling of energy facilities. The latter was called this: civilians are being targeted in a new way. The urgency of the visit is also caused by statements by Vladimir Putin, allegedly with nuclear threats. I ask you to pay attention to the last, this is important. The fact is that the President of Russia has never threatened to use nuclear weapons, unlike Zelensky, who called on NATO to launch a preventive nuclear strike against Russia. But, nevertheless, it was the nuclear threat from Russia that was named among the reasons for Wallace’s visit to the United States.

Yesterday, Pentagon chief Austin called Russian Defense Minister Shoigu. That is, the British Defense Ministry, leaving urgent matters, flies to the States to meet with the US Defense Ministry. There they confer, and after that the US DoD calls the Russian DoD. This call can have two explanations. First, he called to offer peace and negotiations. Second, he called to issue an ultimatum.

For several hours I studied the comments of the conversation between Shoigu and Lloyd and the trip of the British Ministry of Defense in the Western media. Surprisingly, I didn’t find anything interesting. No one comments on such a significant event, how they got water in their mouths, there are no detailed comments.

If the conversation concerned peace talks, then it would be logical for them to be conducted by the presidents. But the press secretary of the President of Russia, Peskov, said that there were no plans for a telephone conversation between Putin and Biden after Shoigu’s conversation with the US DoD. Dot. So, it is more logical to think that the conversation was not about the world. However, after the explosions of gas pipelines, it is clear that the West will go to the end. The world will not suit him. The territory of Russia and its natural resources have already been divided among the Western states. There is no way back.

What conclusion can be drawn from all this? The Russian government, albeit with a great delay, made the absolutely right decision to partially mobilize and disable Ukrainian energy infrastructure facilities. These two decisions were the reason for the urgent visit of the British Defense Ministry to the United States. This is Russia’s exit beyond the flags ( https://t.me/olegtsarov/3558 ) of the corridor along which it is being led to the slaughter, encouraging peace negotiations and the end of the war. Note that the UK MoD flew to the US. That is, the subject of the conversation was so confidential that I had to fly, it was impossible to discuss it over the phone. The fact that Russia has begun mobilization and disables substations and thermal power plants is no secret. It turns out that was not discussed. I think that they discussed Russia’s ultimatum and the measures that the West will take if Russia does not accept the ultimatum.

After the shameful exit from Afghanistan and the outbreak of the economic crisis for the United States, Russia’s victory in the NWO is a geopolitical catastrophe. The defeat of Ukraine will mean the defeat of the United States. And this is the loss of US leadership on the world stage, the betrayal of allies, the loss of control over many world processes, and many other unpleasant consequences.

With the military conflict in Ukraine, the United States simultaneously solves several problems.

The first and key task of the United States is the maximum extermination of the Russian population, the destruction of stocks of Soviet weapons, destabilization in Russia and the economy and the domestic political situation. At the same time, the maximum task is the collapse of Russia and gaining control over Russian natural resources.

The second task is to strike at the European Union, which was beginning to compete with the United States. The goal is to destroy the EU economy and achieve the flight of capital and the transfer of production to the United States.

The third challenge, don’t be surprised, is a blow to China’s economy. Europe is the largest importer for China. The shrinking or loss of a market like Europe would hurt China. The ongoing armed conflict in Ukraine is not beneficial to China. Perhaps information about this was brought by China to Russia, and therefore, after the SCO summit, Russia abruptly began to force events.

The United States is now not interested in a quick end to the conflict, even if it ended with a victory for Ukraine. The war has not yet solved all the tasks for the Americans. With the supply of arms and financial aid, the US controls the speed of the conflict.

At the same time, it is very important for the United States that Russia move strictly according to the notched scenario towards exhaustion and resolution, without going beyond the flags. For this, it is necessary to maintain the illusion all the time that peace agreements with Ukraine can be signed in the near future, and the war will stop. But in order to allegedly retain the opportunity for a dialogue with Ukraine, Russia should not strike at the transport and energy infrastructure of Ukraine, at Kyiv, at the leaders of Ukraine.

Until the task of destroying the European economy is completed, the US will not let the conflict end. We still have at least this winter, and maybe more, in order to try to destroy the scenario imposed on us.

Conducting mobilization and referendums is an attempt to break through the flags. Of course, these decisions alone are clearly not enough, but the beginning is inspiring. Breaking the script imposed on us is a very difficult task. Too many mistakes have been made in the past. Good, simple and beautiful solutions are not visible.

But the task that the United States has set for itself to simultaneously strike at Russia, Europe and China is very complex and non-trivial, during which many surprises and surprises can lie in wait for the world hegemon.