Insurgent Taliban forces have taken control of the capital of Afghanistan, Kabul.

New Zealand journalist Jon Stephenson, who was in Afghanistan when US forces invaded 20 years ago and has closely covered it since, spoke to Corin Dann

This was posted on Facebook by Jack Matlock, a former US ambassador to Moscow.
Reflections by Sir Rodric Braithwaite, former British ambassador in Moscow 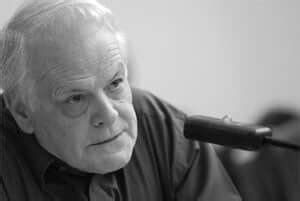 Appalled though not totally surprised by the latest developments in Afghanistan, I have been moved by the comments by Sir Rodric Braithwaite, who was British ambassador in Moscow when I was American Ambassador. He is author of “Afghantsy: The Russians in Afghanistan 1979-89,” a book that the architects of our war in Afghanistan should have studied. How could we, for twenty years, totally ignore the lesson that every previous foreign intervention in Afghanistan could have taught anyone willing to learn?
“Thirty three years ago the Russian army began to pull out of Afghanistan. They had negotiated the arrangements with the Afghan government and with the mujaheddin on a national and local level. Their departure was orderly and for the most part uncontested. Within nine months they had withdrawn some 80,000 soldiers.
They left behind them a competent government, and an Afghan army capable of fighting the mujaheddin to a standstill. That government survived as long as the Russians went on supplying food and ammunition. But conditions inside Russia itself deteriorated, the supplies were no longer forthcoming, the mujaheddin swept to victory, and a bloody civil war broke out between the victors. Kabul, still barely touched by the Russian war, was heavily damaged. Many Afghans were relieved when the civil war was brought to an end by the Taliban.
I notice that none of us now chortles, as we did thirty years ago, about the way the army of the Communist superpower had been bundled out of the country by a bunch of ragamuffins armed with nothing more than Kalashnikovs and Stingers.
The young man who was so helpful to me in the beautiful city of Herat thirteen years ago has been trying to get our for many months with his American-educated wife and three sons. He worked for the Italians and occasionally looked after other foreign visitors. No one has helped him. He’s had to abandon his home and his life in Herat, and is now living with his family in one room in a Kabul hotel as the Taliban close in.
It is a shameful but not an isolated event. Once again the “Great Powers” are betraying a small country The blame is being fixed on President Biden. he should, the critics says, have left the small contingent of American troops still in the count to support the government and train the army to fight properly. Those who favoured “liberal interventionism” in Iraq, Libya, and Syria are raising their voices again.
This entirely misses the point. The Afghans have always shown that they are very good at fighting when they think they need to. Yet neither the present American-backed government, nor all those American advisers, have persuaded them that this is the moment. The American-trained army abandoned Herat without a shot. The Americans had spend two decades, three trillion dollars, and thousands of lives trying to reengineer Afghanistan’s politics. The truth is that the politics can only be sorted out by the Afghans themselves. It seems likely that they will first have to go through yet another civil war, with all the horrors that civil wars always entail. That was always the prospect.
Biden’s decision was not wrong, in my no doubt minority view. Indeed it would have been better if he’d prevailed when, as Vice President, he tried to persuade Obama in 2009 that it was the right way to go. The wrong decision was taken in 2001. The Americans could then have withdrawn after they had smashed the Taliban, leaving behind a warning: if you do that again, we’ll be back. The Afghans could then have begun the process of sorting themselves out twenty years earlier and in much better circumstances.”
That may sound callous. People say: what about the women? We have indeed given hope to a great many decent people, and tens of thousands of girls and women were on the path to something better. We had neither the will nor the resources to deliver. We must now hope that those Taliban spokesmen who say that this time it will be different are speaking for the majority of their colleagues.
There is one thing we can do if we want to retrieve any shred of our self-respect. We can make a determined effort to help those Afghans who can get out find a secure home amongst us. Whether we have the necessary generosity of spirit to do that is another matter.”