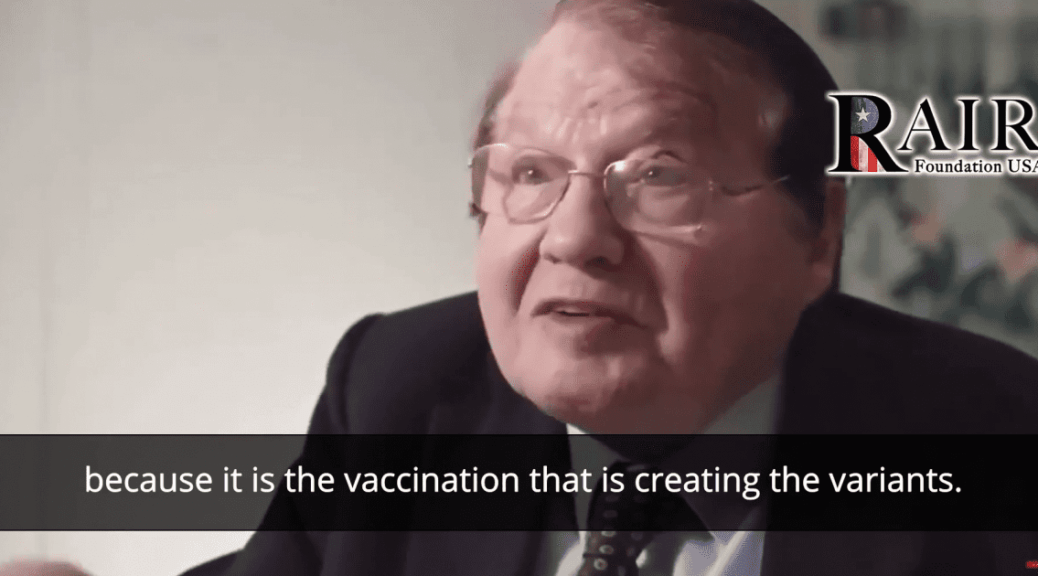 This appeared on the description of a video promoted by Mike Adams of Brighteon.

All vaccinated people will die within 2 years. Nobel laureate Luc Montagnier has confirmed that there is no chance of survival for people who have received any form of the vaccine. In the shocking interview, the world’s leading virologist stated bluntly: “There is no hope and no possible treatment for those who have already been vaccinated. We must be prepared to cremate the bodies.” The scientific genius backed up the claims of other eminent virologists after studying the ingredients of the vaccine. “They will all die from antibody-dependent enhancement. That is all that can be said.”

However, it does not appear to be true.

I have made attempts to confirm or deny this statement but have had no luck.

I even made a request of a New Zealander living in France who sends me oodles of stuff on social media to look through the complete video in French to see if she could confirm or deny that he stated this.

I never got a response to either my response or my follow-up and when I confronted her the next day she denied having seen my requests.

When I demonstrated that that was not possible I then got all sorts of contradictory and nonsensical replies indicating she was lying.

I go to considerable effort to bring what I see as the truth to people. Mostly, it is a one-man band but on the rare occasion I have reached out for help it has resulted in similar rudeness.

Since then TruNews have done a great translation of the interview with their commentary which appears below.

ALERT: Luc Montagnier Did NOT Say Vaccine Would Kill People in Two Years – Here’s What he DID Say (Video)

Vaccine coercion activists are using the fake statement attributed to Prof. Luc Montagnier to discredit his valid scientific observations about the vaccine being the root cause of the variants.

Lies about French Virologist Luc Montagnier have been circulating online after an article posted at RAIR Foundation USA went viral. Social media activists are spreading a vicious rumor that the Nobel Laureate claimed those who take the coronavirus vaccine will be dead in two years.

The outright misrepresentation of Prof. Montagnier’s statement comes after he revealed that the coronavirus vaccine is “creating variants,” as reported at RAIR, where one can read the full transcript.

It is unclear if the rumor was started as a to cynical attempt to discredit Prof. Montagnier or if it was done to put emphasis on the danger of the vaccine. Either way, the Nobel Laureate said no such thing.

Vaccine coercion activists are using the fake statement attributed to Prof. Luc Montagnier to discredit his valid scientific observations about the vaccine being the root cause of the variants.

The rumor is so pervasive that it is pre-populating on Twitter at the time of this writing on May 25, 2021:

Do not allow this rumor to hijack Prof. Montagnier’s important message about the vaccines causing variants.:

Here is the video

This was a very good translation of what Prof..Montagnier had to say, translated, with a discussion of the content and context.

One thought on “CONFIRMED: Luc Montagnier Did NOT Say Vaccine Would Kill People in Two Years”