Google has thrown every obstacle in my way in formatting and posting this important article.

CORONA AND THE ITALIAN

How the exploitation of Chinese workers helps spread the virus

It is no coincidence that Italy has hundreds of Corona cases. Tens of thousands of Chinese work illegally in sweatshops – without papers, without insurance, without health care. The fashion industry’s greed for profit is to blame for the spread of the virus in Europe.

Vienna, February 27, 2020 / There are mattresses in the factories and workshops. Chinese immigrants live and work here in a confined space. They sew the garments, which are then ennobled by the “Made in Italy” label. The sweatshops themselves are mostly Chinese, who managed to escape the worst poverty as small entrepreneurs. On behalf of the major Italian fashion brands, they have sewing – unrivaled cheap.

The industry is doing well

“Pronto Moda” is how the Italians call the Chinese sewing industry. Many associate the term poverty, exploitation, but also cheap competition, which displaces indigenous workers from the market. The industry is flourishing: Italian fashion companies expect total sales of $ 42 billion in 2020.

Most Italian clothing companies are sewing factories, many of them sweatshops that do not comply with regulations. Job security, hygiene, fire protection, regulated working hours? Nothing. 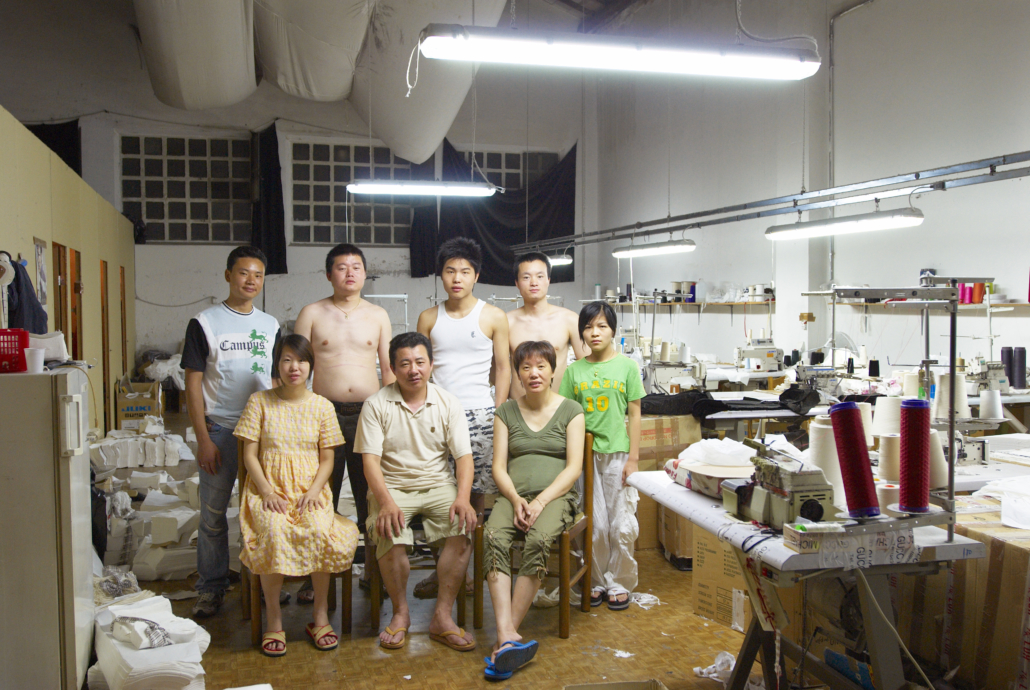 A Chinese family lives and works in one of the thousands of Pratos sweatshops. Image: APA Picturedesk

Nobody knows how many Chinese workers work in the centers of the Italian textile industry. Up to 50,000 are said to be in Prato, the center of “Pronto Moda” near Florence. The “Chinatown” of the small town is considered the largest in Europe.

Sewing for a starvation wage

Many of the Chinese workers are “submarines”, so they have no papers and are not officially registered anywhere. You have to save the around 1000 euros that you can earn per month – for up to 16, sometimes 18 hours of hard piecework every day. Because to get an official residence permit, the immigrants have to pay social security taxes of around 25,000 euros. Then there are the debts they made to pay for the snake heads – that’s the name of the smugglers who brought them to Italy. The dangerous journey usually costs more than 10,000 euros.

For years the workers have had nothing of their hard-earned income. That’s why they sleep in the factory. The tens of thousands of seamstresses do not have medical care. If one coughs in the tight workshops and mattress camps, everyone is quickly sick.

“Pronto Moda” and the virus

So Italy became the country with the most Corona cases in Europe. There were 322 confirmed cases in Italy on February 26. In the rest of Europe there were a total of 61. It is no coincidence that the Italian Corona cases occur precisely in those provinces where Chinese immigrants often live and work in dire conditions.

One thought on “How did the coronavirus start in Italy?”