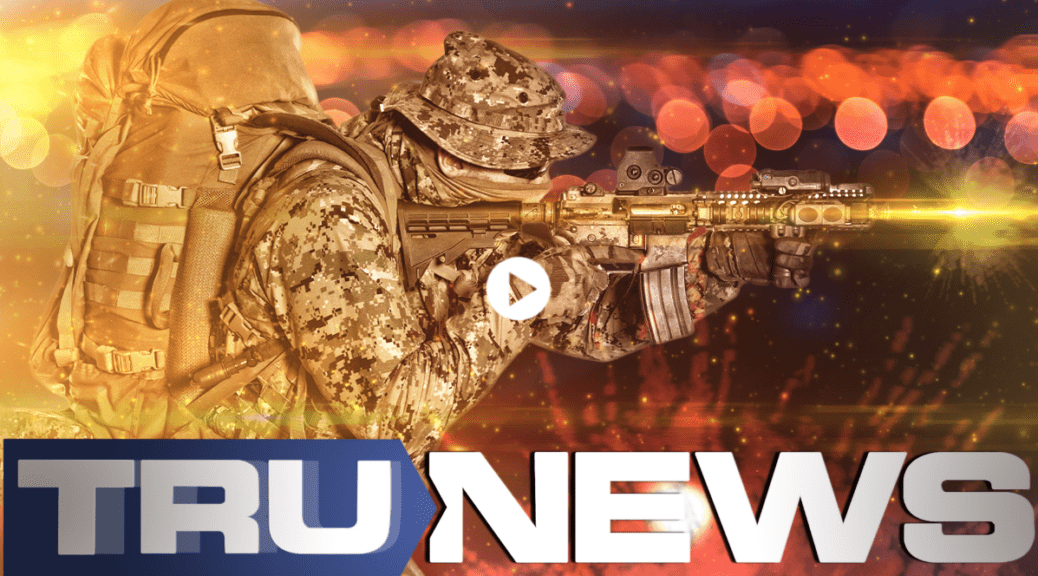 The TruNews team is back and are talking about serious matters.

Today on TruNews, Edward, Rick, and Doc examine the unseen battle that is going on behind the scenes as nations battle against nation in retaliation over Coronavirus.

Have recent disruptions in Chinese shipping being perpetrated by Western intelligence agencies? In our final segment, will COVID and its variants, and the vaccine response, cause the release of a dreaded Black Fungus?

They discuss this article from National Pulse.

Under the leadership of Dr. Francis Collins – who recently admitted the U.S. had “no control” over the Wuhan lab despite funding it – the U.S. National Institutes of Health signed a memorandum of understanding to boost collaboration with a Chinese Communist Party-run scientific organization funding the People’s Liberation Army, The National Pulse can reveal.

The National Natural Science Foundation of China (NSFC) has also funded several studies conducted by the Wuhan Institute of Virology, including research focused on bat coronaviruses alongside U.S.-based research groups such as the Anthony Fauci-funded EcoHealth Alliance.

Despite the military ties, Collins entered the government’s National Institutes of Health (NIH) into a joint agreement with the NSFC to facilitate “cooperation in medical research” in 2010. He “expressed his hope to further push the substantial collaboration between researchers in medical sciences of the two countries by taking the advantage of the NSFC-NIH Memorandum of Understanding,” notes an NSFC summary.

The following year, a 16-person delegation from the NIH – headed by Hugh Auchincloss, the Deputy Director of Anthony Fauci’s NIAID – visited Beijing to meet with their Chinese Communist Party counterparts to solidify “carry[ing] out the funding of joint research programs.”

As an NSFC press release notes:

34 projects were selected for joint funding over the meeting. The two sides also held discussions on topics such as priority areas or the next round and evaluation and funding mechanisms. Besides a workshop on funding management was held following the evaluation session and staff member from both sides shared experience and ideas on issues ranging from peer review process to post-funding management. The meeting has been highly recognized by both sides as a milestone in the collaboration between NSFC and NIH.

Auchincloss appeared in the recent reveal of Fauci’s emails, as the NIAID Director sent him panicked emails inquiring about “gain of function” research in China including studies authored by researchers at the Wuhan Institute of Virology.

Beyond describing itself as a state-owned scientific body that is “guided by President Xi Jinping’s Socialist Thoughts with Chinese Characteristics for the new era” and “earnestly implementing the spirit of the Party’s 19th National Congress,” the NSFC has collaborated extensively with the regime’s People’s Liberation Army (PLA).

Studies conducted by researchers from the Artillery Academy of the PLA and Unit 63880 of the PLA, which is a “key military and national base for testing electronic information systems under electromagnetic environments,” have also enjoyed NSFC funding.

In addition to funding PLA researchers, the NSFC has also explicitly co-sponsored projects alongside the PLA.

Five studies focusing on bat coronavirus research from 2016 to 2018 list both NIAID and the NSFC as their primary funders, including a 2016 study authored by EcoHealth Alliance President Peter Daszak and the Wuhan Institute of Virology’s Shi Zheng-li focusing on the “modulation of the host immune response” in bat SARS-like coronaviruses. Daszak and Shi appear together on two other SARS-like coronavirus studies in 2017 and 2018, and Shi alongside other Wuhan Institute of Virology researchers have authored additional studies funded by NIAID and NSFC.

The revelations further tie U.S. health authorities to Communist Chinese research and its military applications, raising questions as to whether Doctors Collins and Fauci and their organizations have in fact been abetting an outright adversary of the United States.

Rumors that China’s top “spy catcher” has defected to the United States and is giving the Biden information about the Wuhan Institute of Virology and the leak of the coronavirus, if proven true, could “even lead to the fall of the Communist Party,” China expert Gordon Chang told Newsmax on Saturday.

“This is so explosive it could lead to a chain of events, which would sever relations between China and the United States,” Chang, the author of “The Coming Collapse of China,” told Newsmax‘s “The Count,” adding Bejing appears to be in a panic over the reports.

There has been no official comment from China, but according to SpyTalk, Dong reportedly gave the Biden administration information that caused it to change its stance on the Wuhan laboratory and to reconsider the potential the coronavirus that caused the worldwide COVID-19 pandemic came from the lab, rather than from nature.

If the rumors turn out to be true, Dong’s defection would be the highest level in the history of the People’s Republic of China.

Han Lianchao, a former Chinese ministry official who defected after the 1989 massacre at Tiananmen Square, said the issue of Dong’s defection was brought up during the summit between China and the United States in Anchorage earlier this year.

Han, citing an unnamed source, tweeted China’s Foreign Minister, Wang Yi, and Yang Jiechi, who is in charge of the Communist Party’s foreign affairs, demanded of Secretary of State Antony Blinken that Dong be returned, but he refused.

“But those reports from China do not appear to be credible,” Chang said. “The information from SpyTalk and from other sources is specific. It does sort of coincide with things that we do know, so I suspect that the report of the defection is true.”

If the reports are true, then Dong is talking about a lab leak and about Chinese military research into bioweapons, and that “would be a violation of China’s obligations under the biological weapons convention,” Chang added.

He also noted reports say Dong is speaking with the Defense Intelligence Agency, rather than other units because they have been “penetrated by Chinese Ministry of State” security agents, and he thinks that part is true.

“China has been overwhelming us with its spies and with its agents and others, so at this particular time, I’d have to say that that appears certainly to be a credible report that China has penetrated most units of the U. S government, indeed, state governments as well,” Chang said.

Chang also said he believes China, no matter how the pandemic began, “deliberately took steps to spread coronavirus beyond its borders by lying about its contagiousness and pressuring countries to accept arrivals from China, but that doesn’t emotionally resonate. What would resonate if this were proven to be a lab leak.”

Meanwhile, Dong “is or was” China’s top spy catcher, meaning he would be close to China’s ruler Xi Jinping and have access to “substantial information.”

“This is really important because what this does would it blow open the Chinese political system,” because Xi could be blamed for the defection and there could be a “new ruler overnight. This could cause the Communist Party to lose the stability that apparently people think it has.”

Did Western Intel Agencies Attack China’s Manufacturing Hub?
TruNews discusses a rise in COVID cases in China which seem to be having a negative effect on China’s main manufacturing and shipping centres and speculate as to whether this could be some form of retaliation to China’s attack on the West. 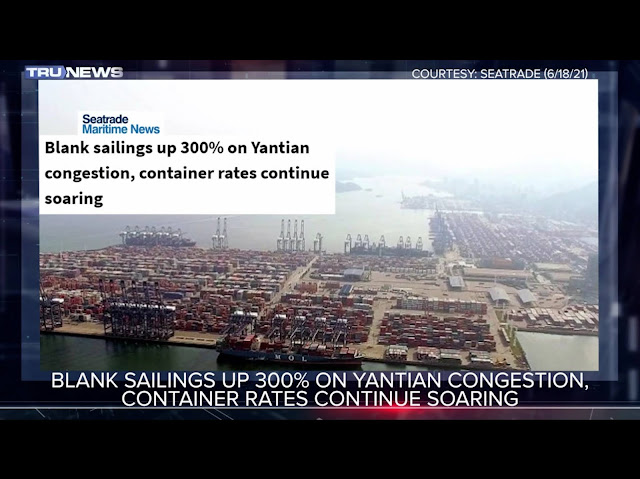 Blank sailings were up 300% in the first half of June due to the impact of Yantian port congestion and as a result container freight continue to skyrocket to unprecedented levels.

Analysts project44 said container lines blanked 298 sailings globally between 1 – 15 June with a combined vessel capacity of over 3m teu. This represents a 300% increase in one month, and while not all these blank sailings were caused by the problems at Yantian International Container Terminal (YICT) it resulted in much of the increase.

“While the epicentre of this particular breakdown is YICT, these numbers spell trouble across the maritime shipping world, and particularly for companies that rely on these routes,” said Josh Brazil, Vice President of Marketing at project44. “Even shipments not directly impacted by the Yantian situation could feel the impact, as carriers adjust their networks to avoid congestion at YICT.” 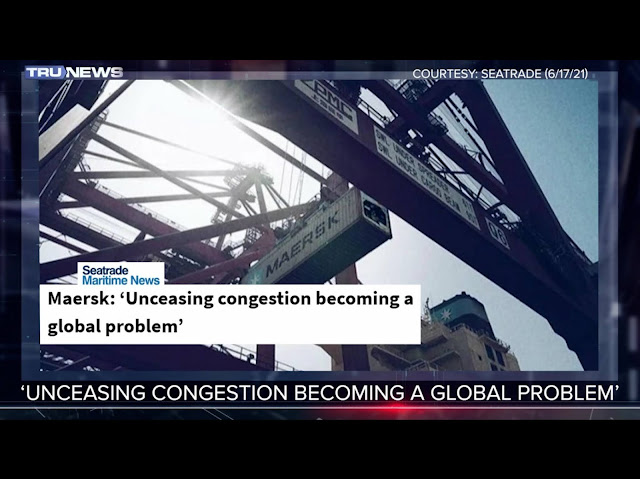 Delays of one or two days are becoming the norm at many ports as terminals become a bottleneck, according to Maersk.

The container line’s analysis of disruption in the market came as it announced its strategy to cope with ongoing delays at the world’s third-busiest terminal, Yantian. Maersk and its partners will omit Yantian for 84 vessels across multiple services affecting 19 of Maersk’s mainland services, while some of its vessels will continue to call Yantian.

“The trend is worrying, and unceasing congestion is becoming a global problem,” Maersk said in a release. “Due to Covid-19 and a significant volume push since the end of last year, terminals are becoming global bottlenecks, be it at berths, yards or gating out cargo, and it’s continuing throughout the logistics chain – in the warehouses, the distribution centres – with numbers on the rise.” 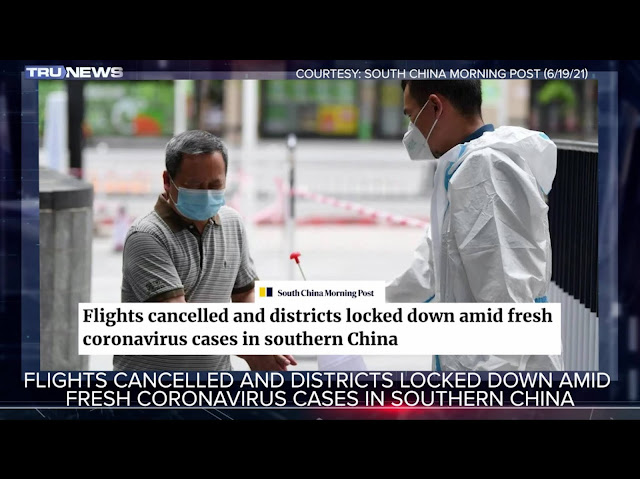 Guangdong’s health commission reported a total of six new Covid-19 cases on Saturday, including two from Shenzhen and one each in Foshan and Dongguan. The other cases were in the provincial capital Guangzhou and identified among the quarantined close contacts of previously confirmed patients. 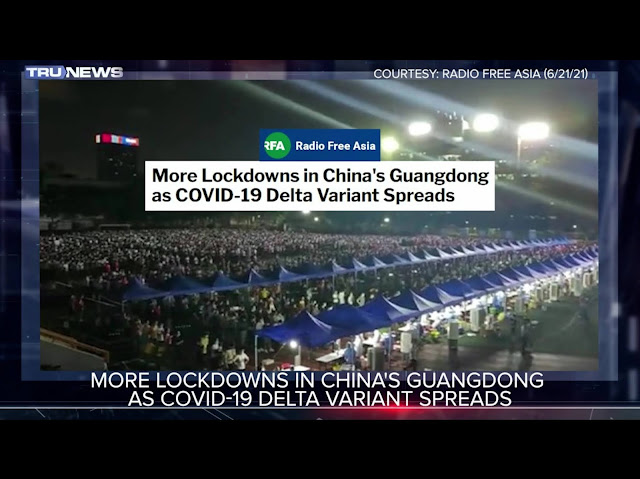 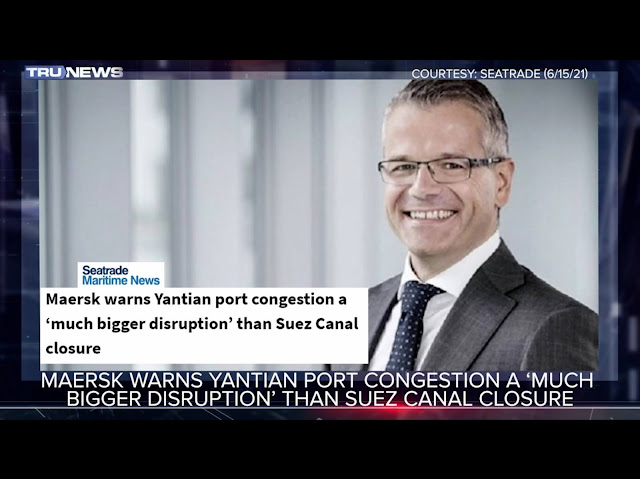 Yantian International Container Terminal (YICT) has experienced significant disruption due to a Covid-19 outbreak in the port area and prevention and restriction measures put in place as a result.

Ditlev Blicher, Maersk Asia Pacific Managing Director told an online media briefing that Yantian port was currently operating at around 40% of capacity and that, “We’re expecting that to continue for the next month with significant delays for vessels to be able to berth.” 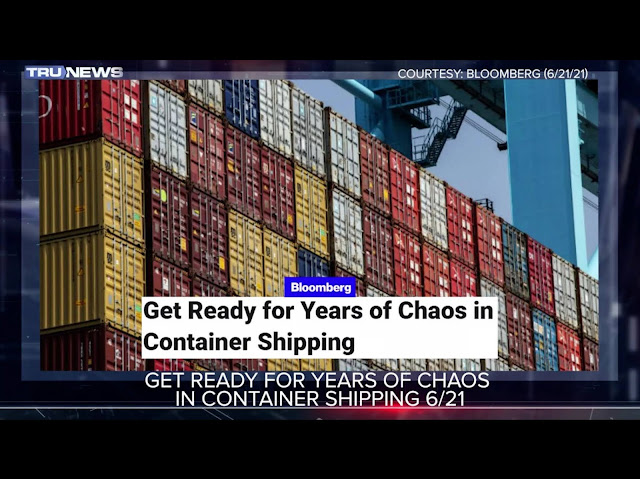 The world’s cargo ships just can’t seem to get their act together.

First there were the queues at the twin ports of Los Angeles and Long Beach, which left as many as 40 container vessels awaiting a berth in early February amid a flood of traffic. Combined volumes at the terminals hit a record of 1.9 million containers in May, nearly double the Covid-19 low in March 2020.

Then the Ever Given, a 20,124-container behemoth, got stuck in the Suez Canal for nearly a week, delaying hundreds of ships on their way between Asia and Europe. Now, the port of Yantian in the Chinese city of Shenzhen is joining the fun, thanks to a coronavirus outbreak that’s thrown out schedules for the entire month.

https://www.bloomberg.com/opinion/articles/2021-06-20/chaos-in-container-shipping-goes-beyond-the-suez-fiasco-and-backed-up-ports
They raise two possibilities – that this is due to:
Black Fungus in India 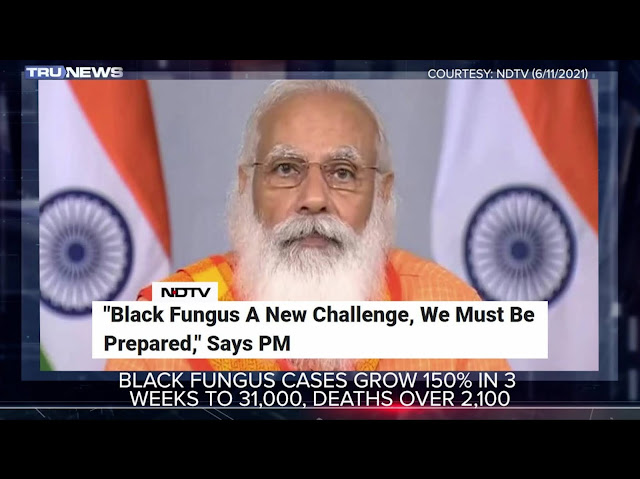 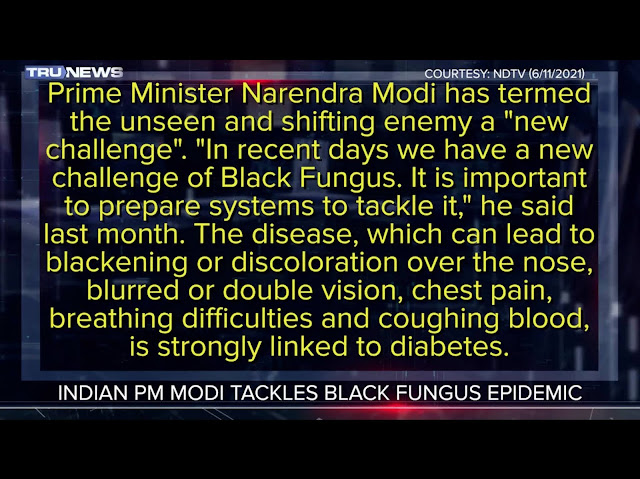 And simlilarly, the spread of the Delta outbreak in Australia 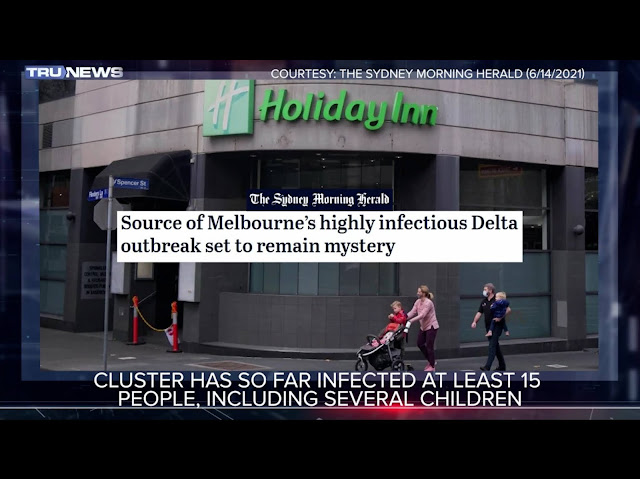 Victoria’s Deputy Chief Health Officer Allen Cheng says it is unlikely to ever be known how the highly infectious Delta variant of coronavirus leaked out of Victoria’s quarantine system and seeded an outbreak in Melbourne.

Professor Cheng told The Age on Monday the state’s health officials had exhausted every avenue in their four working theories probing how the Delta variant crept into Melbourne unchecked, sparking a cluster that has so far infected at least 15 people, including several children.