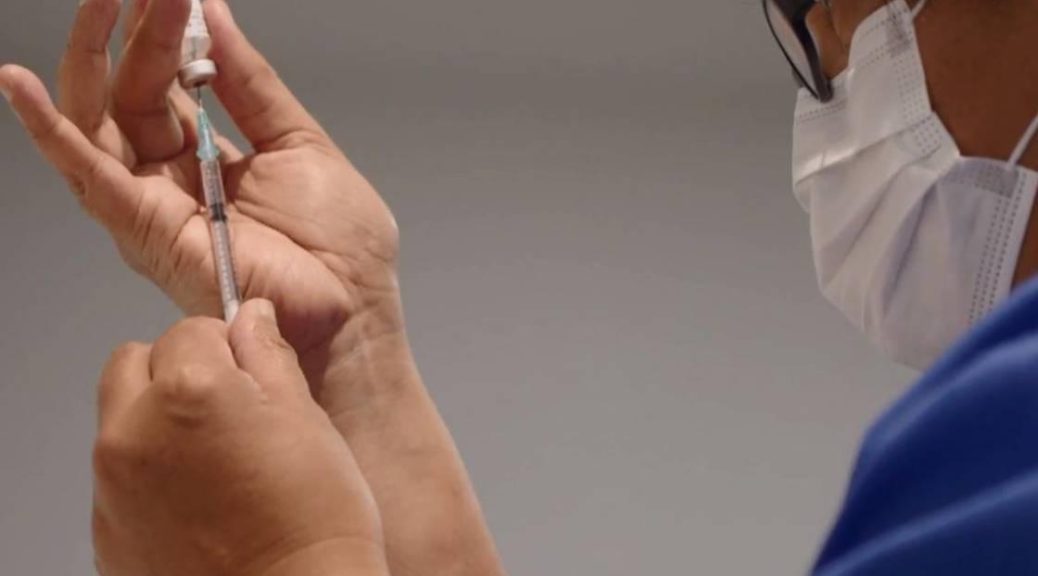 Thirteen people working in managed Isolation and quarantine (MIQ) facilities may be fired for not receiving the COVID-19 vaccine.

Since Saturday, it has been mandatory for anyone working at the border to have had at least their first jab, under the COVID-19 Public Health Response (Vaccinations) Order.

It has already been revealed that nine Customs workers have lost their jobs as a result of their decision to not receive the vaccine.

New figures provided to RNZ from the Ministry of Business, Innovation and Employment (MBIE) showed 97.4 percent of the nearly 5000 people who work within MIQ have received the vaccine.

MBIE said of the 127 workers who had not yet been vaccinated, 23 were booked in to receive their first dose.

That leaves more than 104 workers. Fifteen of these were unable to be vaccinated for a health reason. Thirteen were undergoing a “process that may lead to termination”.

The statistics from MBIE showed:

MBIE clarified that “stood down” means they have not yet been assigned to other tasks at another site, while the employer and employee works through the options: Redeployment, changing duties, taking leave, redundancy or termination.

As a result, the number of people who lose their jobs could more than double.

Why people are losing their jobs

The Health Order which made it mandatory for border workers to be vaccinated was not intended to put people out of jobs.

The Public Service Commission’s guidance to ministries is to offer redeployment, either within their agency or across the public service as a whole, or to provide paid special leave.

An MIQ spokesperson said redundancy was the last option and that, when that option was the only one left, proper processes were being followed.

“We have been actively engaging with the Ministry of Social Development so that employers are in place to provide support to any staff who may not be able to continue their work in a managed isolation and/or quarantine facility beyond 1 May,” they said.

But not all of the nearly 5000 people who work in MIQ facilities are Government employees.

They are also hotel staff, or staff employed by contractors, such as cleaners or security guards.

Issues around redeployment or termination are therefore an issue for the respective employer, and not solely for MBIE.

National Secretary of Unite Union which represents hotel workers, John Crocker, said it could be a lot harder for private companies, maybe individual hotels, to redeploy their staff.

He wanted to see the Government intervene.

“We’re asking them to step up. They have a lot of internal redeployment processes [and] I’m sure they have got plenty of vacancies – they’re the Government, they’re a huge employer,” Crocker said.

“So we just need to make sure that they’re coming to the table with some help for these workers who can’t get vaccinated, and it needs to be timely, and these workers need to be looked after in the interim as well.”

The figures from MBIE did not specify how many of those not vaccinated or of those losing their jobs were Government employees and how many were staff of contractors or hotels.

It also did not specify if any of the 13 who had lost their jobs were unvaccinated because of health reasons.

MBIE are not the only Government agency to have employed people working at the border.

Also involved are Customs, the Ministry of Primary Industries (MPI), and the Civil Aviation Association (CAA).

Other than the nine Customs staff who have been fired, there have been no more terminations.

Statistics provided to RNZ from MPI showed of the 553 front line staff working at the border, 34 were unable to be vaccinated for a variety of reasons.

But Deputy Director General in charge of MPI COVID response Vince Arbuckle said none had been terminated as a result of not being vaccinated against COVID-19.

“The health and safety of our people is central to how we operate,” Arbuckle said.

“A small number of our front line staff, who cannot be vaccinated for a variety of reasons, have been redeployed to alternative duties away from the front line.”

Meanwhile, the CAA said its on-airport based staff were not subject to the health order.

However, it stated that 100 percent of their staff working in MIQ had been vaccinated, and none had their employment terminated.

The CAA was working on its policy for how to respond when staff were unable to be vaccinated.

But employment law advocate Ashleigh Fechney who was representing some of the Customs staff who have lost their jobs, said she had been contacted by other Government employees who told her they were being pressured into being vaccinated.

“They feel that they had no other option to get the vaccine otherwise they would have their employment terminated,” Fechney said.

“I know there are a lot of other agencies out there trying to say that they’ve done this perfectly and everyone’s vaccinated.

“But you’ve got to ask yourself, how many of those people actually begrudgingly did it? Irrespective of your views on whether someone should or shouldn’t get vaccinated, was that done in good faith?”