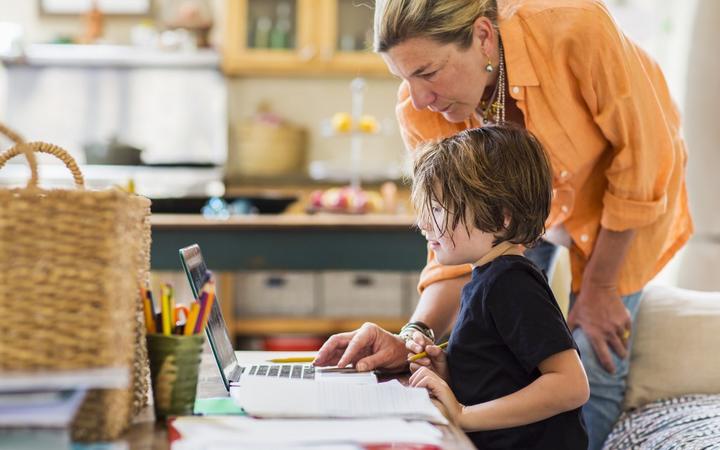 They say the families want to home-school their children because of the mandate which requires children in Year 4 and above to wear face masks while indoors to reduce the spread of Covid-19.

Principals say the trend appears to be affecting mostly rural schools and follows an unprecedented surge in home-schooling applications in November and December last year.

Oropi School principal Andrew King said he returned to his office recently to find emails waiting for him from families wanting to home-school their children.

He said he normally dealt with no more than three or four home-schooling applications in a year, but in just a few weeks he could be losing between five and 15 children from his school of 350.

“We always get home-schooling applications from time to time for reasons completely outside of the Covid situation and that’s to be expected, but [there was] no indication that this was coming,” he said.

“‘There’s been a massive increase in the number of home-schooling applications, not just in my school but in many other schools around the country.

“We’re not talking a huge percentage of the school roll, but even if you’re only talking a few children in each school, times 2000 schools, that’s a lot of kids.”

King said one school had told him it could lose 20 percent of its pupils and another school reckoned 5 percent.

He said he provided families at his school with information about the mask rules, and as a result some applied for exemptions for their children and others had asked for support for learning at home.

Principals’ Federation president Cherie Taylor-Patel said she was aware of the increase in inquiries about home-schooling.

“In some of our our rural communities there has been a little bit of a run on parents thinking about home-schooling,” she said.

“That is definitely happening around the country and some of it seems to be about the mask mandate, which in my experience as an Auckland principal having just been through four months of lockdown and having masks in schools actually turned out not to be a problem at all.”

Taylor-Patel said children should go to school if they could.

“Students really want to be with their friends and schools will be safe places, so to parents I would be really saying, urging them to really consider having their children go back to school because it is a safe environment for them.”

Latest figures show the Education Ministry received 735 home-schooling applications in January, 800 in December and 867 in November – in all cases about four times more than normal.

The ministry’s hautū (leader) Operations and Integration/Te Pae Aronui, Sean Teddy, said applicants did not have to provide a reason for home-schooling, so it did not know if the mask rules were driving the January applications.

He said schools would support children who could not attend classes for medical reasons, but they were unlikely to be able to help those who chose to remain at home.

“It is unlikely that schools or kura will have the capacity to cater for alternative learning options if students choose not to go to school. With the majority of students back in class teachers will be focused on providing face-to-face learning,” he said.

The ministry said it last year approved 2655 applications for home-schooling, declined 78 and was still deliberating over 983.

The ministry said the large number of applications had created delays in approvals and families could expect to wait more than six weeks for a decision.

It said parents must demonstrate they could teach their children as regularly and as well as in a registered school.

“Home education is not a short-term solution. To home educate well, parents need to thoroughly research and plan their approach,” it said.

It said all students who could attend school should do so, because it provided physical, mental and emotional benefits.