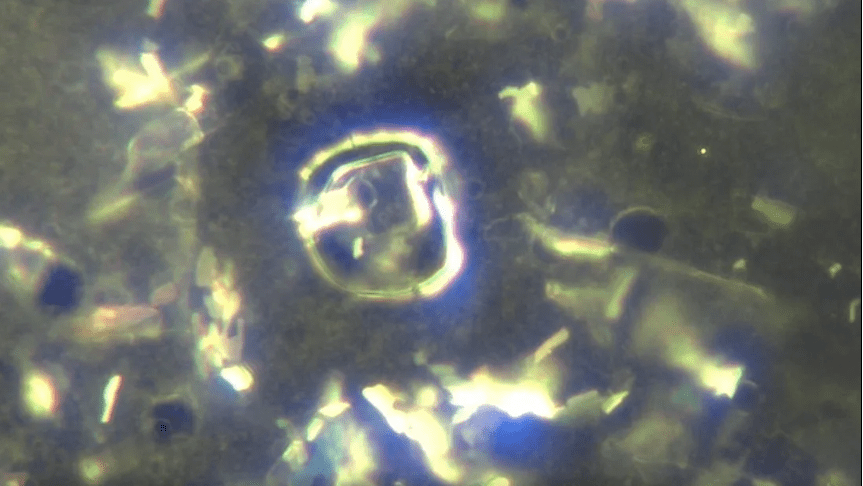 More and more information is coming in not only confirming the existence of nanotech in the shots,

Here is the link to this important video:

We all are part of an international collaborative team effort to shed light on the self-assembly nanotechnology in the C19 injectables. In this interview we present Dr. David Nixon’s time lapsed video footage showing that microchips assemble and disassemble and then reassemble again – possibly indefinitely continuing this process. This never before seen time lapsed footage from of microscopy images proves that this extremely advanced technology can easily be overlooked – but when carefully and patiently researched, can be documented. There is a virtual blueprint to this technology that controls intelligently this assembly and disassembly process.

We show the same corroborating findings by time lapsed video from Matt Taylor.

I pose the question if this vacuum engineering. In my mind, this is a sub quantum field control of virtual particle states that are creating material reality.

Dr. David Nixon is a physician from Melbourne Australia, who has been evaluating the Pfizer vial contents and documenting the findings and changes meticulously over months. Dr. Shimon Yanowitz is an independent researcher from Israel with a background in computer science and electrical engineering and has evaluated C19 injectables right after thawing and showed self-assembly at room temperature and then even more elaborate while incubated at body temperature. He proved the self-assembly structures originate from Liposomes. Matt Taylor is an electrical engineer from Ecuador, who has evaluated C19 injectables under the microscope and proven self-assembly and evidence of micro circuitry development dependent on EMF exposure. I myself, Dr. Ana Maria Mihalcea, MD, PhD from the USA, am a board-certified Internal Medicine Physician with a PhD in Pathology and over 22 years of clinical practice experience – and closely collaborate with all three scientists featured in this interview.

Process of Microchip Disassembly captured: Please watch the video for the amazing footage

The recent articles and evidence were also published by Covid Medical Network:

UPDATE: Many are writing me saying that the video has been deleted. It has not. It is available on Rumble and Brighteon. Links below:

I am reposting the Expose article about Dr Shimon Yanowitz’s interview with Stew Peters. Here is the link:

Dr. Shimon (or Simon) Yanowitz joined The Stew Peters Show to expose the dangerous formations he found in the thawed Covid injection vials. He found nano worms, circuitry, and Bluetooth signals coming from the injections.

Dr. Yanowitz is an electrical engineer and independent researcher based in Israel.  He has done extensive research on the 1918 Spanish flu pandemic.  He argues that the Spanish flu pandemic was caused by injections administered “to prevent meningitis.”

Dr. Yanowitz has not had any Covid injections however he has seen these nanostructures in samples of his own blood.  He is unwell as a result. “I have good reason to assume this is [due to vaccine] shedding through skin contact,” he said.

“In other cases, we looked at used [thawed and open] vials that had been standing for a while.  In none of these cases, [do] we want to elaborate too much on how we got these vials because this could put some people at risk.”

“I can see more than one technology in the vials. One looks like worms or ribbons or synthetic parasites.  And the other one is electronic circuitry which is not a parasite.  And there could be other things.

“It is my [opinion] that we are in a genocidal war.  The rulers of the world have declared war on the citizens of the world with the intent of wiring them to the [artificial intelligence] AI-based ‘cloud’ or killing them.”

(Note: The “cloud” is a term used to describe a global network of servers. According to Microsoft: “The cloud is not a physical entity, but instead is a vast network of remote servers around the globe which are hooked together and meant to operate as a single ecosystem.” Wikipedia describes “cloud computing” as the on-demand availability of computer system resources, especially data storage (cloud storage) and computing power, without direct active management by the user.)

Click on the image below to watch the video on Rumble.