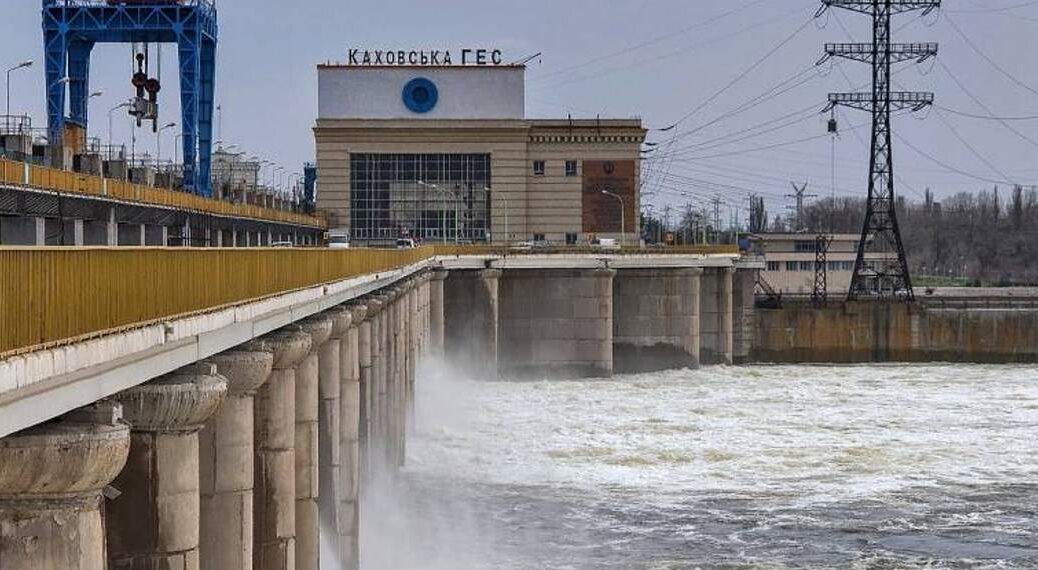 Armageddon: They blow up the largest dam in Ukraine, burying Kherson! – Russian TV: A nuclear bomb will be detonated in Nikolaev

Declaration of V. Zelensky – They are preparing a humanitarian disaster

The military staffs of Russia, Britain, the USA and Ukraine have sounded the alarm as the country’s largest dam with 18 million cubic meters is expected to explode, burying Kherson and 80 more settlements under water!

This information from yesterday, which was revealed in Greece only by WarNews247, mobilized all the forces involved. V. Zelensky made a speech on the subject a while ago. Ukraine blames Russia and vice versa.

The bad news doesn’t stop here: Russian TV talked about the detonation of a nuclear bomb by the Ukrainians in Nikolaev!

Russian media reports the same. Who gave it to the Ukrainian forces is not mentioned.

Both Russia and the USA/Ukraine are now playing Russian roulette over the fortunes of millions of citizens.

According to the Americans , “Russia will blow up the dam to save the Russian forces in Kherson. Then he will blame Kyiv and detonate a nuclear bomb on Nikolaev.”

The Russians claim the exact opposite. See what the studies show in case this barrier is hit.

Read also: B.Putin to S.Surovikin: Bury the Ukrainians in Kherson if the Kakhovskaya dam is hit – Studies show the region’s extinction!

Declaration V. Zelensky: The dam will blow up!

“ We have information that Russian terrorists have mined HPP Kakhovka and units of HPP Kakhovskaya.

The Russians planted bombs at the Kakhovska hydroelectric plant dump on the Dnipro River!

The dam of this hydroelectric plant contains about 18 million cubic meters of water.

This is one of the largest energy facilities.

If Russian terrorists blow it up, about 80 settlements will be flooded including Kherson!

Now everyone in the world must act strongly and quickly to prevent another Russian terrorist attack. Undermining the dam would mean a large-scale disaster!

At the same time, Russia prevented Ukrainian officials from working on the Kakhovka dam and paved the way for a massive disaster in southern Ukraine.”

Russian TV: A nuclear bomb will be detonated!

At the same time, Russian media report that Ukraine has prepared a nuclear bomb in Nikolaev. The beginning was made by Russian TV and this information was spread to several Russian mass media.

The Russian analyst emphasizes in the video you will see:

“Ukraine has a nuclear bomb in Nikolaev that it will detonate and then blame on Russia so that the US has an excuse to get immediately involved in the war.

An explosion in light of NATO claims that Russia is preparing to use nuclear weapons in light of or during a Ukrainian attack.

They will say that Russia has suffered a defeat, launched a strike against Ukrainian forces.

Which will result in thousands of dead citizens.

This would allow the US to justify large-scale ground-based missile strikes against our forces in these areas.

This will justify the US entering the war against Russia.”

Then, the General Director of the Institute of Political Studies of Russia, Sergey Markov, emphasized that “the US and Britain are preparing a nuclear challenge to blame Russia”.

“The US and the UK are preparing a provocation on the territory of Ukraine to accuse Russia of using nuclear weapons.

The Russian political scientist expressed the opinion that the urgent visit of the head of the British Ministry of Defense Ben Wallace to Washington is connected with the discussion of the mentioned plan.

“It is very likely that they will jointly decide on a strike with tactical nuclear weapons on the territory of Ukraine and blame Russia for it, and then follow non-nuclear retaliation by NATO countries against the Russian military in Ukraine.”

Essentially, S. Markov repeated what was said on Russian television.

According to Markov, the Armed Forces of Ukraine will launch an attack on Kherson, blow up the Kakhovka dam, so the nuclear strike will be seen as Moscow’s revenge by London and Washington.

What will happen if the dam is hit?

In the event that the Kakhovskaya hydroelectric dam is blown up, hundreds of square kilometers of land will be flooded.

In the video you can see the consequences of a possible flood of the Dnieper, in case of damage to the dam. The left bank part will suffer the most. At the same time, several large settlements will be under water and the Northern Crimea Canal, which supplies Crimea with fresh water, may also be destroyed.

The flooding of a huge territory will allow Ukrainian troops to gain ground in a significant part of the Kherson region and, given the presence of long-range weapons, to strike in many other areas,” Russian media reports.

One thought on “Danger at Zaporozhia NPP”