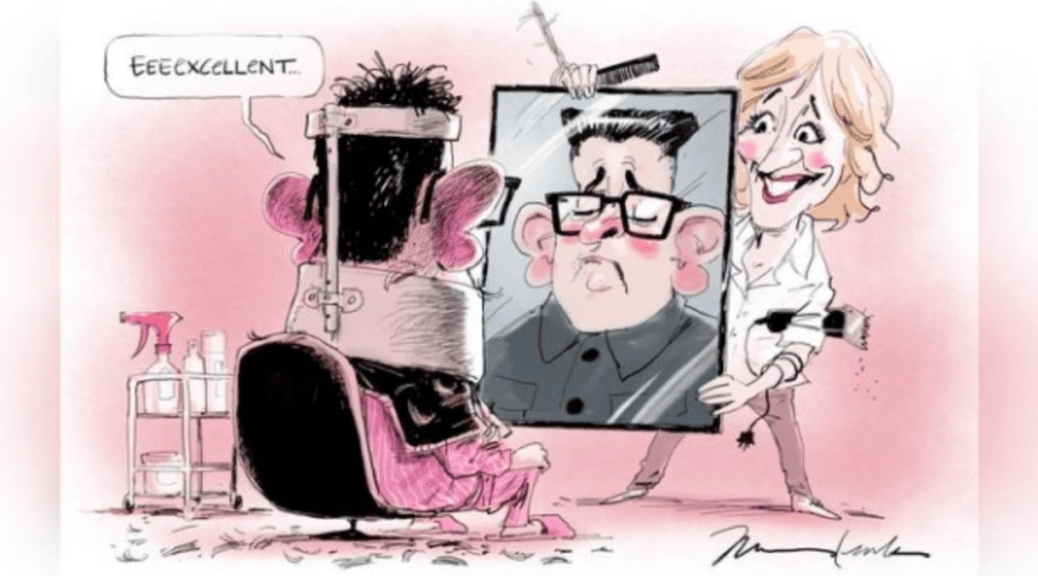 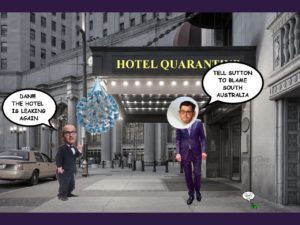 This is the “recovery photo” posted by the staff of Victorian Premier and “superman Dan” Andrews. It looks like falling down steps, cracking vertebrae, breaking ribs and spending a few days in ICU just wouldn’t keep him down. Dan seems almost ready to go out for a jog.

MORE rumours are swirling around Victorian Premier Dan Andrews. Some have him being arrested, others that a “former Victorian Labor Minister” beat him up at an “undisclosed location”, possibly near Lindsay Fox’s holiday home at Portsea where he was staying. Others suggest he was drunk when he fell down steps – leaving him seriously injured with three broken ribs and fractured vertebrae.

But now Andrews has dug himself even deeper into his hole of lies and deception around his role in the Melbourne hotel quarantine debacle. He has posted a photo of himself allegedly getting examined at Melbourne’s Alfred Hospital. The problem is that the photo does not align with even the official story about his injuries and is a Photoshop job to boot.

A Twitter poster named James Anderson said he ran a metadata check and a healthy, almost radiant-looking Andrews head had clearly been lifted from somewhere else and placed on the body. “This is what happens when the king of spin is away, the work experience kid is put in charge of Photoshop, FAIL! Rule 1: Remove metadata from image…” Anderson said.

According to The Age newspaper, Andrews was taken to the specialist trauma centre at the Alfred on March 9th after being transported from the Peninsula Private Hospital near Frankston on the Mornington Peninsula. But Andrews’ Twitter “recovery photo” about four days later shows him unmarked and wearing some sort of brace while a nurse attends.

Another poster called “Trump Won” said a contact in the nursing community said Andrews had face injuries as well: “Yes, that’s what I heard from an ICU nurse…said his face was battered and bruised.” Others were convinced that Andrews, known as a big drinker, was drunk and fell. That’s quite possible too, given that Andrews is under all sorts of pressures, almost all entirely self-generated.

The Twitter comments were prompted by City Lawyers, a Melbourne-based account connected to the local legal fraternity, which questioned whether Dan’s “accident” was in fact a bashing. “The bashing location can remain undisclosed but the basher was an ex ALP Minister. Can we see the medical reports in a state where we can’t even see the budget papers?…Now WHO would want to bash Dan ? And why? Draw your own conclusions,” City Lawyers posted. Cairns News can only speculate who that ex-minister that might be and City Lawyers were not prepared to put out a name for obvious reasons.

For a premier to fake a photo is a big scandal in itself. You might call it criminal deception and yet another stain on Victoria’s Labor government. And don’t hold your breath waiting for it to be investigated, given the compliant Melbourne media club that willingly played Andrews’ economy-wrecking lockdown game for months.