At least there some discussion in the UK press. In New Zealand we are not to even know they are mulling it.

This is all that is in NZ about digital currency while we are the laboratory of the world for this.

The Bank of England should beware the lure of digital currency 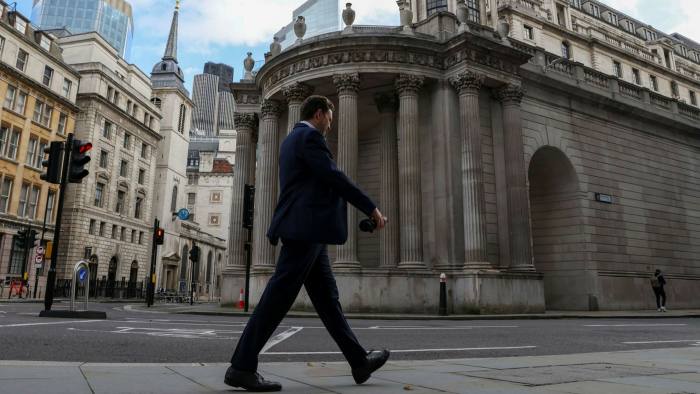 The Bank of England is still mulling over the introduction of a central bank digital currency (CBDC), a digital version of notes and coins, directly convertible into cash and deposits.
The bank argues this will increase financial inclusion. But introducing the basic bank account has already achieved that — by 2018-19, the number of “unbanked” in the UK had dropped to just 1.2m out of a total population of 67.1m.
The bank also says the public must have access to faster, cheaper retail payments. That is true, but more and more payment services are already providing just that.
Meanwhile the joint Treasury and BoE CBDC Taskforce continues its work, but without much indication of how the following hazards will be overcome — if, indeed, that is possible.
The first concerns the effect on credit. The prudent assumption is that 20 per cent of the deposit base of commercial banks could move out of the banking system after the introduction of a CBDC; that is, all the uninsured deposits. Sir Jon Cunliffe, deputy governor for financial stability at the BoE, admits that there is no way of knowing the size and speed of the shift.
Clearly the central bank could undercut commercial banks in terms of fees. But, says Cunliffe, “banks would have to adjust”. This has wider implications for the economy as a whole. The BoE cannot take on the enormous costs of providing credit, especially for businesses and mortgages, but it’s credit (not just money) that makes the world go round.
Then there is the thorny issue of privacy. The proposed CDBC structure is a central bank account, accessed through the payment interface provider (PIP) responsible for the know-your-customer requirements.
All transactions are recorded on the bank’s core ledger, a fast, secure and resilient technology platform. People could transfer cash from their bank accounts and put the digital cash into a digital “wallet”, authorised and regulated by the authorities.
The PIP “owns” the relationship with the customer and provides them with value added payment services. It can only connect with the core ledger through the application programming interface (API).
Potentially, this structure gives the central bank access to data about transactions and personal expenditure.
Such data is clearly valuable: spending patterns for different income groups would be available. Monetary policy and interest rate changes could have more immediate effects than under the current structure of the banking system, since it will inevitably restrict the freedom of commercial banks.
The bank rate currently influences but does not determine the rates banks charge on loans or pays on deposits.
When giving evidence before the House of Lords economic affairs committee, Andrew Bailey, BoE governor, was at pains to maintain that CBDC was not about monetary policy.
To which the committee chair correctly replied: “But it could be.”
It all depends on who is in charge and in what circumstances.
The prospect of CBDC also opens up the possibility of programming the “wallet” through the API.
The BoE has called on ministers to intervene on programming, so that “the money would be programmed to be released only when something happened” through the use of “smart contracts”.
The bank could restrict the future use of money for activities seen to be “socially harmful” in some way. But who will judge what is socially harmful? This has the potential to become as severe a restriction on personal freedom as China’s “social credit” system.
Such restrictions may not be technically possible at present, but the rate of technological innovation is fast, so that extensive programming may be possible in the future. CBDC looks like a solution in search of a problem. The hazards are too great to pursue a purely digital pound.