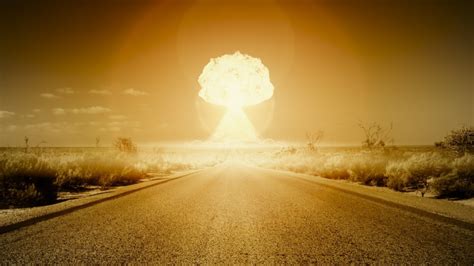 Ukraine’s sponsors have been given TWO tough ultimatums; One from Russian Foreign Minister Sergey Lavrov, the other from Russian Council Member Dmitry Medvedev . . .

“The one-time success at the front [Last week] is only beautifully shown in the press. The death toll along the entire line of clashes has exceeded ten thousand {Ukrainians], the wounded fill all hospitals, there is a shortage of ambulances. The [Russian] Allied forces put the Nazis in one fight by the hundreds. And then the political situation deteriorated. There were rumors in Ukraine that it was Russia who “retreated” to make a camouflage maneuver before something grandiose.

While the “patriots” were waiting for a respite, Russia hit the power facilities. Earlier, Commander-in-Chief Zaluzhny reported to Zelensky about the formation of a large naval group of the Russian Navy in the Black Sea, including amphibious assault ships.

The West fears that the failure of the grain scam is to blame.

First, Putin pointed out at the WEF that Russia and poor countries were deceived in the grain deal. Then Erdogan admitted it. The UN Secretary General also had to admit this, although an attempt was made to wriggle out. In the USA, they said that everything was fine, but soon their experts still recognized the lack of proper effect from the increase in grain on the market.

Ukraine and more of its sponsors, apparently, have been given a tough ultimatum: either grain goes to Africa, and Russia opens an international food market, or the Russian Navy again blocks Ukrainian ports, but this time with the landing of [Russian] troops with the destruction of the entire port infrastructure. In parallel, the entire Ukrainian infrastructure will “lie down”. How this will approximately happen has already been shown. It could be said that it was a hint about the consequences if Russia’s interests were ignored.”

While Foreign Minister Lavrov focused on the Grain Scam, where out of 87 Cargo vessels filled with Ukrainian grain, only TWO vessels went to “needy” countries — the rest went to Europe –  below is a much more blunt warning from former Russian President Dmitry Medvedev.

As you will read, Medvedev is openly warning NATO that if they continue pouring weapons into Ukraine to kill Russians, then the borders of NATO countries will “disappear” and the Russian Army will commence operations!

The Kiev camarilla gave birth to the project of “security guarantees”, which in fact are a prologue to the Third World War. Of course, no one will give any “guarantees” to the Ukrainian Nazis. After all, this is almost the same as applying Article 5 of the North Atlantic Pact (Washington Treaty) to Ukraine. For NATO, it’s the same, only side view. That’s why it’s scary.

Our sworn friends – Western bosses of various calibres, to whom this hysterical appeal is addressed – must finally understand one simple thing. It directly concerns the hybrid war between NATO and Russia. If these idiots continue the unrestrained pumping of the Kiev regime with the most dangerous types of weapons, then sooner or later the military campaign will move to another level. Visible borders and potential predictability of the actions of the parties to the conflict will disappear from it. It will follow its own military scenario, involving new participants in it. It has always been so. (Emphasis added by HTRS)

And then Western countries will not be able to sit in their clean houses and apartments, laughing at how they are carefully weakening Russia with someone else’s hands. Everything will catch fire around them. Their people will grab grief in full. They will literally have the earth burning and concrete melting. We’ll get a lot of it, too. It will be very, very bad for everyone. After all, it is said: “From these three plagues, from fire, smoke and brimstone coming out of their mouths, a third part of the people died” (Rev 9:18).

But while the narrow-minded politicians and their dim-witted think tanks, thoughtfully twirling a glass of wine in their hands, talk about how they can deal with us without entering into a direct war. Dull idiots with a classical education.

Medvedev makes no secret of his NUCLEAR threat.  When he wrote “Everything will catch fire around them” and  “They will literally have the earth burning and concrete melting.” he is clearly and unambiguously referring to exactly what takes place upon a NUCLEAR explosion.

We in the West are being warned, yet again, that the actions WE are undertaking, will result in US getting hit by Russian nuclear weapons!

How much more forthright can the Russians be?   They are telling us what will happen.  They have warned us over, and over, and over again, since their Special Military Operations began in February, yet our Public Servants in government seem to laugh it all off as some sort of “posturing.”

In my assessment, it is not posturing – at all.

It seems to me the public servants of government here in the USA and over in Europe aren’t going to believe they are causing us all the possibility of nuclear annihilation, until an actual nuclear bomb flies through their window and blows their asses to Kingdom Come!

By continuing to supply ever more lethal weaponry to Ukraine, the public servants in government both here in the USA and over in Europe are going to get a lot of us killed.  They should stop what they’re doing and let Ukraine fall.