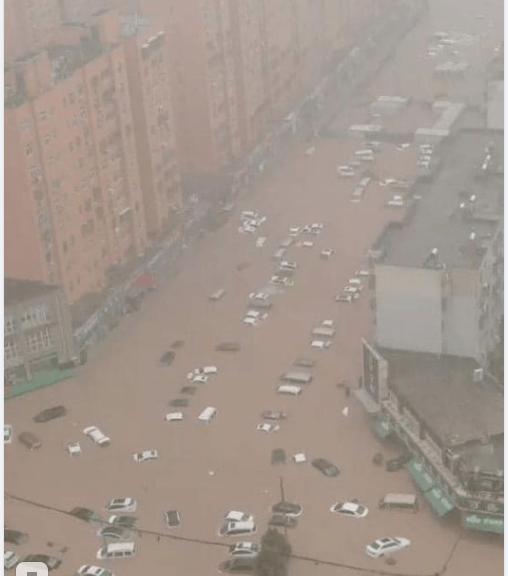 China received 8 months of rain in just 5 days.
The highest amount of precipitation since the measurements started.
People were imprisoned in the subway with water up to their chests.
There are dead, wounded, missing and a lot of destruction…
We have another once in 1000 years event – the third within a month.

In the past several days, some parts in China have experienced “once in a thousand years” heavy rainfall, and terrible videos and images were circulated on the internet.

Contrary to these, is how quiet, how “positive” the CCP’s media, as well as some mainstream media in the West have been about this.

Today I have to tell you about the contrast.

Again, the content and videos you are going to see are unique to me, and you won’t see these in the mainstream media.