New Zealand has had two referenda – one on voluntary euthansia, the other on marijuana ( the first passed the second did not).

I have had ongoing concerns about the State interfering in something that should be a personal decision (when it relates to marijuana I mean the medical variety).  They do not need to pass legislation; they just need to stop police repression.

Now they have their OK for legislation my concern that the vast majority of people who do not fit into the tiny minority who meet the criteria will once again be subject to police repression on both accounts.

When it comes to euthanasia, now that they have excluded the vast majority of people who might have made a decision for themselves my concern is about the State and how they might use this in the future.

It is a bit like with abortion – where a piece of progressive legislation was passed to allow for abortion – that has now been  extended to allow for the abortion of foetuses at 9 months, something that in my mind is nothing less than murder.

This is from Philip Nitschke of Exit International.

Coupled with the election were 2 referenda.

One on euthanasia, the other on cannabis.

In counting to date, around 65% of voters voted in favour of legalising assisted suicide/ assisted dying for the terminally ill. The final result will not be known until 6 November.

This is perhaps, in part, the legacy of NZ lawyer, Lucretia Seales, who died of a brain tumour in 2015.

The new law will not take effect until 12 months after the result is know (so that is 6 November 20201 – if they world does not end first).

This is a bit of a major step for a country whose Chief Censor (yes such a post exists in New Zealand), 12 years ago, banned and then approved (with heavy redactions) an early edition of The Peaceful Pill Handbook. Censorship is alive and well in this country. 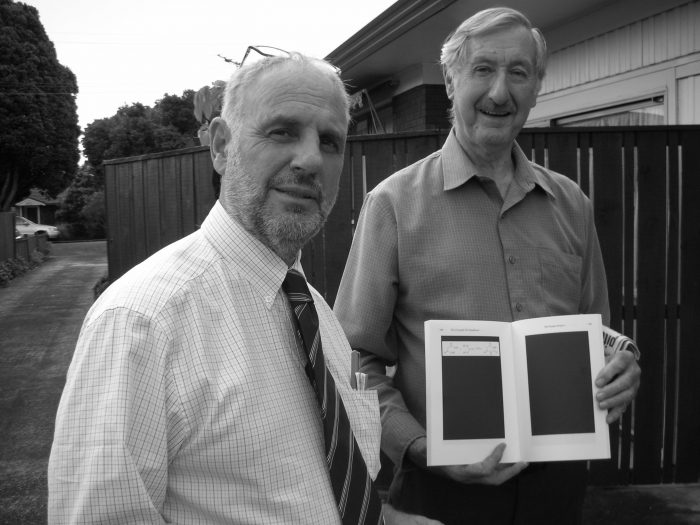 Voting ‘yes’ is also a major step for a country that continues to harbor such conservative anti-choice groups such as the Society for the Protection of Community Standards.

It is a major leap forward for a country who, in the 1950s, eagerly classified one of its most famous writers, Janet Frame, as an antipodean madwoman with schizophrenia, while her diagnostic conclusion in the UK was that she was ‘just different’; a shy woman who preferred to be alone.

And in case readers were at risk of forgetting, this is the country where in 2016 Police set up an unlawful roadblock, known as Operation Painter, not far from Suzy Austen’s potluck Sunday lunch to trick the Exit Members who attended into handing over their name and addresses; so as they could be put under police surveillance and later visited and compelled to hand over any end of life drugs they may have illegally acquired. 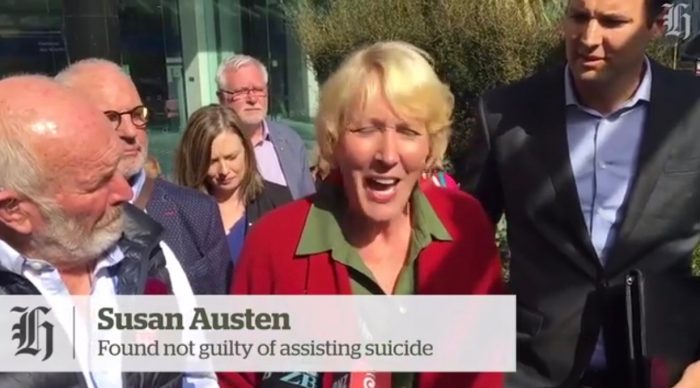 WHAT IS IT THAT NEW ZEALANDERS HAVE VOTED FOR?

As with the Australian state of Victoria, when voluntary euthanasia/ assisted suicide/ assisted dying becomes the law in NZ, it will be situated within the medical model.

Those assisting must be medical professionals.

Those receiving the assistance must be terminally ill with < 6 months to live.

People of advanced old age are excluded from eligibility as are those with a disability (eg. quadriplegia) or a mental illness, such as dementia.

THE END OF LIFE CHOICE ACT

A treating doctor may also NOT suggest voluntary euthanasia as an option.

A request for voluntary euthanasia may NOT be included in an advance directive.

Interestingly, the Act DOES provide for the administration of a lethal injection, instigated by either the person or the medical professional.

As with all medical model end of life laws, doctors will play a central role in the End of Life Choice Act.

In this regard, if a  doctor decides that the person requesting assisted dying is eligible, they must seek a second opinion from an independent doctor.

The independent doctor must also agree that the person meets all the criteria, which includes being competent to make an informed decision about assisted dying.

If either doctor is unsure of the person’s ability to make an informed decision, a third opinion from a psychiatrist is required.

1. Ingestion, triggered by the person.

2. Intravenous delivery, triggered by the person.

3. Ingestion through a tube, triggered by the doctor or a nurse practitioner.

4. Injection, administered by the doctor or a nurse practitioner.

Oversight will be via the ‘Support and Consultation for End of Life in New Zealand (SCENZ) Group’ and an End of Life Review Committee.

This SCENZ Group will ‘make and maintain a list of doctors who are willing to act as replacement and/or independent doctors’.

A Summary of the End of Life Choice Act

As with all medical model legislation, there are considerable hurdles that must be completed before one is able to use the law.

This type of regime of so-called safeguards makes the society that has voted in the law feel much more comfortable with their decision.

However, it harks back to the question raised by Bob Dent in Darwin in 1996 when he became the first person in the world to receive a legal, lethal voluntary injection under the Rights of the Terminally Ill Act (NT).

Bob questioned the fact that as a dying man he was forced to undergo so much final testing, just to be able to die in peace. He always maintained that had he had the drugs at home in the cupboard he would have simply gone quietly to the cupboard and taken them. He did think it fair or reasonable to have been seemingly persecuted by the burden of proof.

A law that expressly excludes people of advanced age, people like 104-year old Australian ecologist Professor David Goodall, who was not sick but was old (enough), are not laws for everyone.

And a law that mandates certain death within 6 months is simply cruel. Such a law would never have served Melbourne firefighter Troy Thornton who had multiple system atrophy (and was becoming slowly but surely completely paralysed, and who chose to die in Switzerland) or New Zealanders like Rachel Rypma who has Huntington’s Disease, one of the most cruel and degrading genetic conditions ever invented.

Indeed, with this exclusion they make themselves laws for the very few.

For Exit this remains a needless restriction. Perhaps the most meaningless restriction; especially given the fact that we are likely to live longer in poorer health than any generation preceding us.

WHAT ABOUT THE COLONISATION OF DYING AND DEATH BY THE MEDICAL PROFESSION?

The one aspect of New Zealand’s End of Life Choice Act must be the central role of the medical profession in the operation of the Act.

Unlike in Switzerland where a person does NOT need to be terminally ill (or even sick), but only needs to have the capacity to understand and initiate the act themselves and the person providing assistance only does so for altruistic reasons, like so many other countries New Zealand has created a framework that inserts a medical professional into an area of human existence which is not intrinsically medical in nature.

… giving people access to the means to end their life is not, in itself, a medical procedure, and there is no practical need to involve a medical professional. More fundamentally, it becomes difficult to reduce something as profoundly complex as the desire to end life to a medical problem.

All of us experience suffering in our lives, and at times we all ponder the meaning of our existence in the context of our personal histories, social relationships, and wider circumstances. Many of us have occasions when we question whether our lives are worth living, and some go as far as to consider ending life, either in a moment of desperation or after lengthy, considered deliberation. The underlying existential struggle is not fundamentally different in the presence or absence of illness or disability; nor is it determined by how long or short a remaining life is predicted to be. 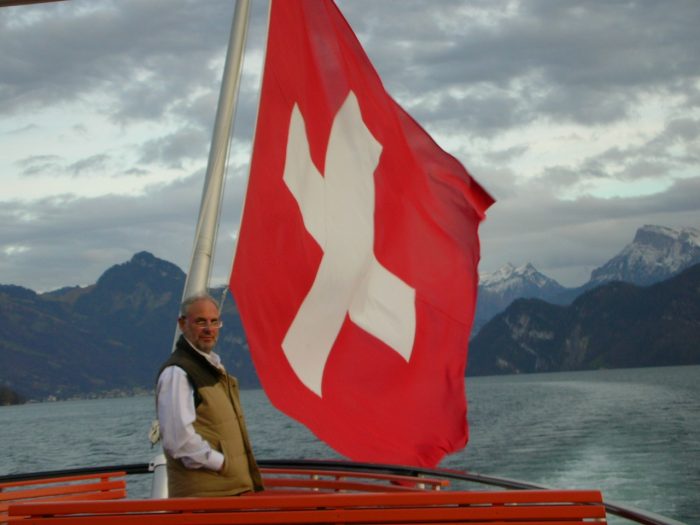 In doing so, medical professionals become the gate-keepers of this most private and intimate of all life’s decisions.

And, in being the gate-keepers, they are the wielders and arbiters of power over the lives (and deaths) of others.

Exit congratulates New Zealand on their great leap forward but with these reservations in mind, we wonder how great a leap it truly is, and the perspective of forward and backward can surely only be understood from one’s unique standpoint?