The only risk to New Zealand from covid-19 is from the vaccines. The government seems determined to massively increase the risk

“We can confirm this morning, the Department of Prime Minister and Cabinet is developing a proof of vaccination system for domestic use in New Zealand. Vaccine passports as they are colloquially known, are already the norm in cities overseas” 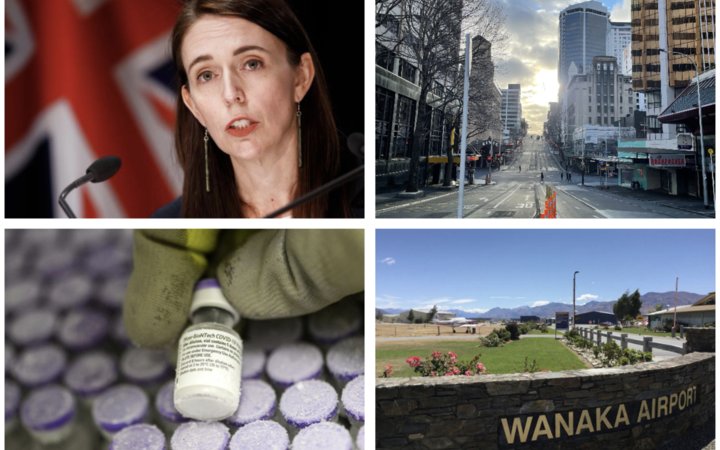 The number of new Delta variant community cases in New Zealand dropped back to 20 cases from yesterday’s 23, which was the highest in several days.

At today’s media update, Director-General of Health Dr Ashley Bloomfield said all the new cases were in Auckland.

The total number of cases in the current community outbreak is 922. Eighteen people are in hospital and four are in ICU.

There were also three new cases in managed isolation.

“We do not have widespread community transmission,” Dr Bloomfield said at the press conference, noting that the source of most of the cases is clear and more are being found all the time.

“Casual fleeting transmission, we haven’t really seen any cases from that.”

The person who tested positive at Middlemore Hospital last weekend has nine other family members who have tested positive, providing a clear link to the wider outbreak, Dr Bloomfield said.

“I just want to emphasise the importance of anyone who needs care for any reason to seek that care,” Dr Bloomfield said. “I want to reassure people that our hospitals are safe.”

The government has secured an extra half a million doses of Pfizer Covid-19 vaccines from Denmark that will start arriving in New Zealand within days, Prime Minister Jacinda Ardern announced today.

“This is the second and larger agreement the government has entered into to purchase additional vaccines to meet the significantly increased demand through September before our large shipments land in October,” Ardern said.

Ardern thanked the Danish government and European Commission for facilitating the deal, which adds to another 250,000 doses from Spain announced last week.

“Combined the Denmark and the Spain deals leave us in the strongest position possible to vaccinate at pace,” and move beyond life with tough Covid restrictions, she said.

“There is now nothing holding us back.”

“Thank you Auckland, and keep it up. You are doing the very best you can do right now to avoid future scenarios like the one we are in.”

Alert levels to be considered, “low chance” of L3

Cabinet is set to meet tomorrow to look at alert levels. Auckland has been in alert Level 4 since 17 August.

Ardern refused to speculate today on what cabinet might do.

However, the recent bump in new cases and concerns about unexplained cases at Middlemore Hospital have had several experts predicting Level 4 will last longer than this coming week.

Auckland Mayor Phil Goff said it is likely there will be a further delay.

“It is a concern that [Saturday] we did have a rise in the number of new Covid cases] in the community and it is a concern that that level of transmission has jumped up after a period when those numbers were declining,” Goff said.

“It looks likely that there may be a further delay in coming out of alert Level 4. But really there’s no alternative if we want to stamp out the transmission.

“We’ve made the sacrifice now for nearly four weeks and we need to stay the course.”

“Yesterday was a tough day. I personally was gutted to see those numbers so close to decision day and then the news overnight of those unlinked infections at Middlemore.”

“It’s a tough challenge ahead of us.”

Meanwhile, while much of the country is at Level 2, police are still dealing with people breaching Auckland restrictions, notably a couple who fled to a holiday home in Wanaka.

An Auckland couple crossed the alert level 4 border with essential worker exemptions, drove to Hamilton Airport, then flew to their holiday home in Wanaka, police say.

“This calculated and deliberate flouting of the alert Level 4 restrictions is completely unacceptable and will be extremely upsetting to all those who are working hard and making great sacrifices in order to stamp out Covid in our community,” a police spokesperson said in a statement.

The couple – a 26-year-old woman and 35-year-old man – will be prosecuted for breaching the current Health Order, by failing to return to their place of residence within the alert Level 4 area after leaving for approved essential personal movement.

The couple will be issued with a summons to appear in court in the coming week.

Police are reminding the public that there are strict requirements in place for anyone looking to cross alert level boundaries.

Denmark is lifting all covid-19 restrictions, hence the government must have got a good deal like they did from India, which declined to use the Pfizer vaccine at the start of the rollout in January

‘No longer a critical threat’: Denmark says Covid-19 under control, lifts ALL pandemic-related restrictions next month