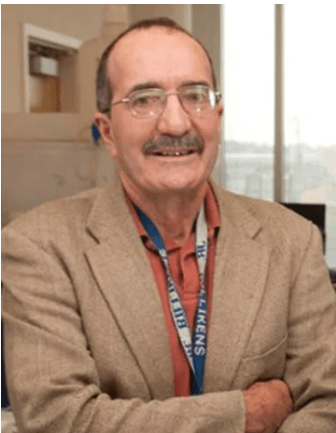 “An increased frequency of human monkeypox virus infections, especially in immunocompromised individuals, may permit monkeypox virus to evolve and maintain itself independently in human populations”.

Britain’s UKHSA says it has procured 20,000 doses of vaccine against monkeypox

The UK’s Health Security Agency (UKHSA) has procured more than 20,000 doses of a smallpox vaccine made by Bavarian Nordic, as cases of monkeypox rise in Europe and beyond, it said on Thursday.

The vaccine is being offered to identified close contacts of people diagnosed with monkeypox to reduce the risk of symptomatic infection and severe illness, UKHSA said in a Twitter post.

Today, I watched the video below by Dr.Rashid Buttar

What is the big deal with the Monkey Pox? Should you take the Small Pox vaccine to protect yourself? Is this the newest “plandemic” or is there something more sinister that we need to know about? Get the answers on this video where Clay Clark and Dr Buttar discuss the MonkeyPox issue from a different perspective. And watch AmazingPolly’s 2nd video on Monkeypox.

Many of Dr. Buttar’s comments were about this from Dr. Fauci.

Dr.Buttar did, indeed produce some mind blowing information that I had not seen.

When I typed the first part of the above into the main search engines I came up with a total blank.

It was as if the guy never existed.

I had more luck on the Russian search engine, Yandex. Right at the top was the following article

In 2003, Dr Buller inserted an interleukin 4 (IL-4) gene into a mousepox virus, creating an antigen so lethal that it killed all of the mice that had been infected, even those that had been vaccinated and treated with antiviral drugs. It’d been surmised since the early 1990s that smallpox and other orthopoxviruses, like cowpox and monkeypox could be similarly weaponized.

In 2012, Dr Buller recommended against using the smallpox vaccine as a prevention against monkeypox in this paper, published by the NIH, writing:

“Human vaccination is becoming a less viable option to control poxvirus infections in today’s increasingly immunocompromised population, particularly with the emergence of HIV in Sub-Saharan Africa. An increased frequency of human monkeypox virus infections, especially in immunocompromised individuals, may permit monkeypox virus to evolve and maintain itself independently in human populations.”

Polly suggests that Dr Buller may have thereby committed a cardinal sin and in 2017, he was killed by a car impact during one of his daily bike rides.

The UK’s health agency is currently doing exactly what Dr Buller had recommended against: administering smallpox vaccines to those found to be the most at-risk of monkeypox, which is gay and bisexual men.

There’s lots more dot-connecting, here. She gets into how the Biden Regime’s Chief-of-Staff Ron Klain was the White House Coordinator for the 2014 ebola outbreak under Obama and how former CIA Director John Brennan oversaw and coordinated the White House response to SARS and H1n1 while serving at his previous appointed post as Deputy National Security Advisor for Homeland Security and Counterterrorism during the Obama administration.

First of all, there is this: 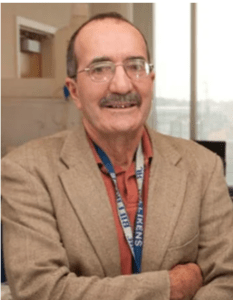 On Friday, St. Louis University professor and bioterrorism expert, Robert Mark Buller, was killed while riding his bike in the 10600 block of Riverview Drive, in St. Louis. Buller, 67, was a professor in the department of molecular microbiology and immunology, and one of the nation’s foremost poxvirus researchers. He was also a member of “multiple national committees and governmental advisory groups, including some that advised the intelligence community on biodefense,” SLU said in its obituary of the professor.

Police said Buller was killed shortly before 6 p.m. on Friday, and pronounced dead at the scene. A man driving a Ford E-350 tried to pass Buller on the left, but when Buller swerved left, he and the Ford were hit by an oncoming car. He was set to retire in 2018.

His obituary said that his lab at SLU researched gene therapy, vaccines, and antiviral drugs as treatments for smallpox and a number of other lethal viruses. Buller studied ways to protect against viruses if they were used as weapons of bioterrorism. In fact, he was frequently sought after the 9/11 attacks raised concerns about whether or not the smallpox virus could be used as a biological weapon.

He was an active member of Our Lady of Lourdes parish in University City, volunteered with Habitat for Humanity, sponsored impoverished children in other countries, and often donated to Wounded Warriors. He was also devoted to his family, work, and God, and will be missed by his daughter Meghan and wife Joslyn.

Our thoughts are with his family.

You can hear both Polly and Dr. Buttar’s suspicions in their videos. Here, I have collected the main material that I gleaned from the Amazing Polly video.

Building a stronger mousepox to guard nation against terror

Zoonotic monkeypox virus is maintained in a large number of rodent and, to a lesser extent, nonhuman primate species in West and central Africa. Although monkeypox virus was discovered in 1958, the prototypic human cases were not witnessed until the early 1970s. Before this time, it is assumed that infections were masked by smallpox, which was then widely endemic. Nevertheless, since the 1970s, reported monkeypox virus infections of humans have escalated, as have outbreaks with reported human-to-human transmission. This increase is likely due to numerous factors, such as enhanced surveillance efforts, environmental degradation and human urbanization of areas where monkeypox virus is maintained in its animal reservoir(s) and, consequently, serve as a nidus for human infection. Furthermore, viral genetic predispositions enable monkeypox virus to infect many animal species, represented in expansive geographic ranges. Monkeypox virus was once restricted to specific regions of Africa, but its environ has expanded, in one case intercontinentally–suggesting that human monkeypox infections could continue to intensify. As a zoonotic agent, monkeypox virus is far less sensitive to typical eradication measures since it is maintained in wild-animal populations. Moreover, human vaccination is becoming a less viable option to control poxvirus infections in today’s increasingly immunocompromised population, particularly with the emergence of HIV in Sub-Saharan Africa. An increased frequency of human monkeypox virus infections, especially in immunocompromised individuals, may permit monkeypox virus to evolve and maintain itself independently in human populations.

Dual Use Biotechnology Research: The Case for Protective Oversight

OCTOBER 15, 2007
During recent years, there has been growing concern in the US and in other countries about dual use research.1 Much of this has focused on the risk that advances in biotechnology could lead, either inadvertently or deliberately, to the creation of new pathogens more destructive than those that currently exist.This is not a future threat. Research with potentially destructive consequences is already being carried out in university, private sector, and government laboratories around the world. Perhaps the most famous example of such research, and the one that first alerted some scientists and policy-makers to the potential risks from biotechnology research, was the mousepox experiment in Australia. In this work, published in February 2001, researchers trying to develop a means of controlling rodent populations inserted an interleukin-4 gene into the mousepox virus and in so doing created a pathogen that was lethal even to some mice that had been vaccinated against the disease (Jackson et al, 2001). US scientist Mark Buller later built upon this work, producing a mousepox virus so lethal that it killed all of the mice that had been infected, even those that had been both vaccinated and treated with antiviral drugs (MacKenzie, 2003). These projects and others that followed have led to concerns that the introduction of IL-4 into other orthopox viruses (such as smallpox) could have similarly lethal effects.

BOOM! The Public Health Mafia is caught red handed planning another ‘outbreak’ from which they can terrorize the public and make bank.

First half is a review of monkeypox over the years and the second half is the BOOM!