There is nothing ambiguous in which our Dear leader says.

“Stay local, do not congregate, do not talk to your neighbours,”

This is reinforced by Jacinda Adern’s friend and confidant.

So, it must have been an embarassement when the “New Zealander of the Year” was discovered on a beach talking to her mate, Auckland University Associate Professor and The Spinoff writer Dr Nicola Gaston, not only in close proximity  and without masks.

I am fully aware of who Cameron Slater is. 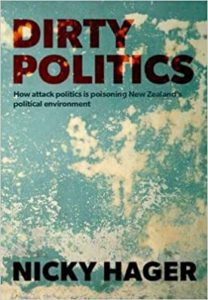 However, does it not behoove us to be objective and listen to anyone even if they are on the “wrong” side but demostrably speaking the truth.

Dr Siouxsie Wiles says a video of her at the beach with her bubble buddy, circulated with accusations she was breaking level 4 rules, is “disinformation”.

Wiles told Stuff this was a “really clear case of disinformation” that was spread to discredit her and disrupt the country’s collective response to Covid-19….

“The definition of disinformation is when someone creates misleading information or false information in order to further their agenda,” she said.

“To find myself at the centre of it is obviously hard.”

Isn’t that the definition of government propaganda?

She was also defended from the Far Left by someone who is very bit as toxic as Cam Slater.

Judith uses creepy stalker footage off Slater’s new hate blog to smear Dr Siouxsie Wiles, an academic who has been crucial in the public health messaging to keep us safe during a fucking pandemic!!!

Firstly Dr Wiles WAS NOT breaking lockdown rules, she is allowed to cycle to the beach and walk around maskless! This attempt to smear her as a hypocrite for not complying with rules is a Fox News tactic to undermine trust in social distancing mandates.

Secondly, why the fuck is the mainstream media giving life oxygen to a hate merchant like Cameron Slater, the most radioactive toxic dirty politics mercenary in the country!

Thirdly why aren’t the media attacking Judith for promoting such hateful smears from Slater?

Fourthly, where the Christ does Judith get off smearing a public health advocate like Dr Wiles who is a hero and someone to respect in the middle of a pandemic!

“A science superhero with pink hair wages war on COVID-19 to convince an entire nation to lockdown.”

Here are some of the headlines from Cameron Slater

Auckland University Associate Professor and The Spinoff writer Dr Nicola Gaston busted breaching level four rules
I am not al all in favour of personal attacks of this nature but this underlines the deep hypocrisy of this government.
I am sure that we would see similar nonsense from the Opposition National party if they were in power….but they are not.

Disgusting Interference from the Podium of Truth

At yesterday’s Podium of Truth we saw a journalist, finally, raise legitimate questions about the actions of Siouxsie Wiles and Nicola Gaston under level four lock down.

But what we got in response was flannel, obfuscation and outright lies. Grant Robertson hurriedly cut off Jason Walls and Ashley Bloomfield rushed to the defence of Siouxsie Wiles.

Then a follow-up question:

Despite not having watched the video, Dr Ashley Bloomfield has decided, based on a phone call from his pal Siouxsie Wiles that what Nicola Gaston did in the ocean couldn’t be “described as a swim”.

” I don’t think that the person who went in the water, that what they did could be described as a swim.”

The video clearly shows Dr. Gaston up to her neck in the water, swimming, utilising breaststroke, some distance towards the beach. If that isn’t swimming then Bloomfield has obviously been misled by Siouxsie Wiles, or he shouldn’t be commenting until he has actually seen the video.

Grant Robertson’s actions are a disgrace. He very quickly moved to shut down the questioning. He was clearly uncomfortable with the questioning and so acted hastily to shut it all down.

It seems we are going to have to mount a public prosecution to make sure that those who help set the rules are held to those rules like anyone else would be. As Grant Robertson said, “everyone should follow the rules”, and that includes Siouxsie Wiles and Nicola Gaston.