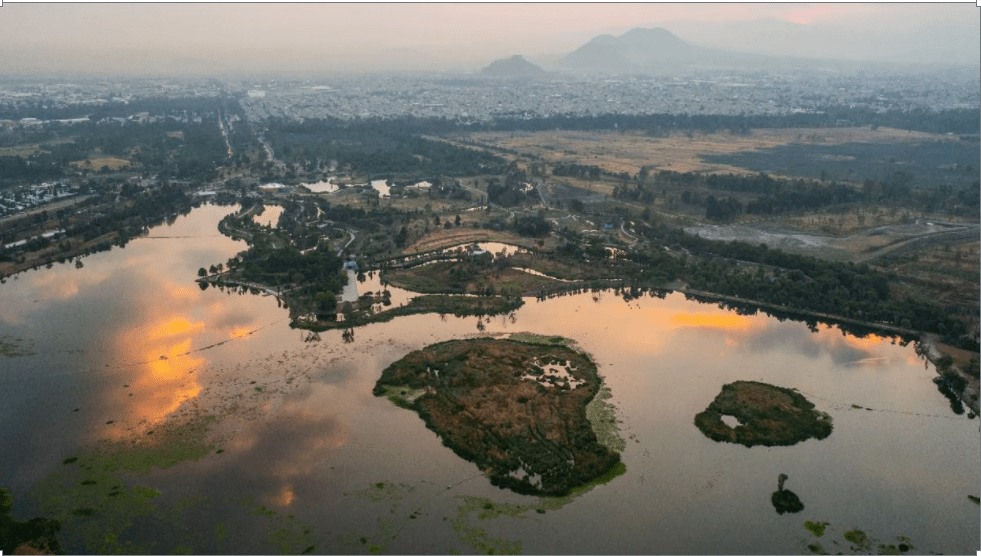 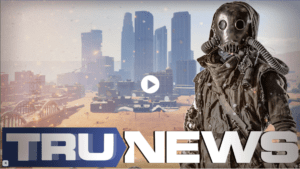 Today on TRUNEWS, host Edward Szall looks at the increasing mainstream science reports on the coming megadrought in the Western US. With forecasters saying that they haven’t seen anything like this in 1200 years, how will this impact the food supply and migration of people?

The team looks at the Biblical response to ‘climate change,’ and look at continued reports of a global cooling cycle.

The Grocery Price Shock Is Coming to a Store Near You

This week, the Bloomberg Agriculture Spot Index — which tracks key farm products — surged the most in almost nine years, driven by a rally in crop futures. With global food prices already at the highest since mid-2014, this latest jump is being closely watched because staple crops are a ubiquitous influence on grocery shelves — from bread and pizza dough to meat and even soda.

Soaring raw material prices have broad repercussions for households and businesses, and threaten a world economy trying to recover from the damage of the coronavirus pandemic. They help fuel food inflation, bringing more pain for families that are already grappling with financial pressure from the loss of jobs or incomes. For central banks, a spike in prices at a time of weak growth creates an unwelcome policy choice and could limit their ability to loosen policy.

“There seems to be sort of a bullish force behind the prices internationally,” Abdolreza Abbassian, senior economist at the United Nations’ Food and Agriculture Organization, said in an interview. “The indications are that there is very little reason to believe prices would remain at these levels. It’s more likely they will rise further. Hardship is still ahead.”

Emerging markets, in some cases already under pressure from weaker currencies, are particularly vulnerable because food costs make up a larger share of their spending. For the poorest and often politically unstable countries, the surge in raw materials threatens to further stoke global hunger.

“The relentless rise in prices acts as a misery multiplier, driving millions deeper into hunger and desperation,” Chris Nikoi, the World Food Programme’s regional director for West Africa, said earlier this month. It’s “pushing a basic meal beyond the reach of millions of poor families who were already struggling to get by.”

The most recent crop spikes follow months of price gains fueled by booming import demand from China. Corn prices have doubled in the past year, while soybeans are up about 80% and wheat 30%. With China’s purchases continuing and a spate of adverse weather conditions threatening crops in Brazil and the U.S., there are few signs of respite. Analysts including those at Rabobank, Mintec and HSBC Global Research all see a risk of even higher prices as a result, though it will vary across markets.

The impact on grocery shelves can already be seen in surging tortilla prices in Mexico, beef in Brazil and retail palm oil in Myanmar. In the U.S., it’s more expensive bacon and other meat cuts.

“Generally people see this inflation continuing,” said Tosin Jack, an analyst at Mintec, which monitors commodity prices. “The trend will continue for some time and it will translate into consumer goods.”

The threat of food inflation is making governments nervous. Russia, one of the world’s top grain exporters, has ordered a freeze on some retail food prices while taking steps to curb shipments. Bolivia has temporarily banned exports of beef to safeguard supplies at home and put a lid on prices.

Overall, global food costs have surged for 10 straight months, the longest rally in more than a decade, according to a UN gauge. The surge is stirring memories of 2008 and 2011, when spikes led to food riots in more than 30 nations across Africa, Asia and the Middle East, and contributed to political strife and uprisings in the Arab Spring.

Even in rich nations, where food is a smaller percentage of overall consumer spending, changes to some bills could be coming. In Europe, for example, the time lag between rising commodity prices and higher shelf prices is typically six months, according to OC&C Strategy Consultants. Retailers and manufacturers often use various techniques to soften the blow for consumers, including cutting the depth of promotions or reducing the size of products while keeping prices unchanged.

“Once the big commodities, like wheat, sugar, bulk oils, start rising in price for a sustained period of time manufacturers have little choice but to pass those higher costs on,” said Will Hayllar, London-based managing partner at OC&C.

And commodities aren’t the only component in driving up the price of food. Higher freight costs and other supply-chain headaches as well as packaging can all add up. Food and beverage giants are already signaling they’re watching margins. Coca-Cola Co. has flagged higher costs in plastic and aluminum, as well as coffee and high-fructose corn syrup, the key ingredient in soda. Nestle SA, the world’s biggest food company, warned it won’t be able to hedge all of its commodity costs and it’s raising prices where appropriate.

“This is a very volatile environment right now, very low visibility, lots of surprise,” Nestle Chief Executive Mark Schneider said this week on a call with analysts. “We will take pricing action.”

It has taken until the end of the second straight historically dry winter, but California and its vast network of urban and agricultural water suppliers, including those on the parched North Coast, are now ramping up to confront the drought that is tightening its grip on the state.

Sonoma County supervisors are set on Tuesday to proclaim a drought emergency , becoming the first local government to take formal action on a burgeoning water crisis that Gov. Gavin Newsom highlighted Wednesday. From the receding shoreline of Lake Mendocino, he made Sonoma and Mendocino counties first on what is certain to be a growing list of California locales where drought has become formally entrenched.

Lake Mendocino and Lake Sonoma, the region’s other main reservoir, are lower than they have ever been at this time of year — at the close of the wettest months of the rainy season.

Lake Mead’s levels have dropped significantly since 1985, a bad omen for the regions that depend on it.

Just how bad is the drought in the Western US? The shrinking of Lake Mead, the country’s largest reservoir, is a troubling indicator.

The massive man-made lake, which straddles the border of Arizona and Nevada, is now only at 39 percent of its full capacity, down from 44 percent in April 2020. That’s equivalent to a 10-foot drop in the water level, according to the latest data from the Bureau of Reclamation. Which means mandatory restrictions on the amount of water surrounding states draw from Lake Mead could be triggered in the next few months.

“This year will be really telling because it will provide a stress test of the newest policies that we thought were stricter but likely will need to be even more strict in the future,” said Elizabeth Koebele, a political scientist at the University of Nevada who focuses on water policy.

Lakes and reservoirs are drying up as 85% of Mexico is in a drought, with Mexico City in its worst drought in 30 years.

Major reservoirs that supply the capital’s 9 million residents are more than half empty, a result of three consecutive extremely dry years, and about 75% of the country’s second-largest lake is dry. Climate change makes droughts worse by changing precipitation patterns and increasing evaporation caused by higher temperatures.

“Because we live on the hill, there is no drinking water,” Mexico City resident Karina Ortega told Reuters. “The water that we get on the donkeys, that’s used for food because it is cleaner. But we do struggle a lot with this.”

As reported by Reuters:

Addressing reporters the day before Earth Day, Mexico City Mayor Claudia Sheinbaum said she expected the drought to continue to affect water supplies and warned there could also be an increased danger of wildfires.

Climate change could make the situation worse. Researchers have estimated natural water availability for the city could fall by 10-17% by 2050 as temperatures rise.