This article first appeared on http://www.vernoncoleman.com

We all know now that PCR tests are useless for finding cases of covid-19 but very good at helping governments keep us in our own homes under house arrest. In some parts of the world the PCR tests are banned as utterly useless. I explained precisely what’s wrong with these misused tests in a an article on this website subtly called `The PCR Test Is Useless for Covid-19 (But Useful for Crooked Governments).

The big problem, of course, is that the British Government, for example, deliberately ignores the WHO guidelines and does the test in a crooked way which would, in a just and sensible world, result in Johnson, Hancock and their advisors crowded into the dock. 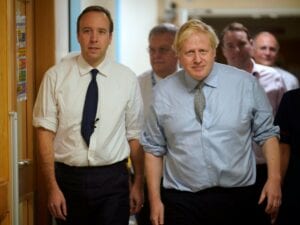 You’d get as good a result if you just divided people into two groups: those with a vowel in their surname and those without a vowel, and then announced that the ones with the vowel all had covid-19 and the rest all needed to change their names within seven days or pay a huge fine.

So, everyone with functioning brain tissue knows that the PCR test is useless, except for political reasons, and that the whole testing programme is an outrageously expensive and disruptive shambles. Only government ministers, scientific advisors and pseudo-journalists at the wretched BBC think that PCR tests are valuable. Did you know, by the way, that the Government has allegedly hired 900 consultants to help with the test and trace scheme? The consultants are being paid £1,000 a day each though what they do for that I cannot imagine. That’s £900,000 a day. I suspect that 99.99% of the population would be happier if the £900,000 a day were spent on dentists.

But that’s not the half of it. Most people seem to have accepted the need for regular PCR testing. Indeed, people in the UK queue up to have it done as often as possible – as though they get some sort of thrill out of having a complete stranger stuff something into a bodily orifice – pushing it in as far as it will go, twizzling it about a bit, and then pulling it out and buggering off without so much as `a thank you very much I’ll give you a ring tomorrow and we’ll have dinner and then do it again’.

There is talk of children having daily tests though I haven’t been able to find any evidence that this would be a good idea for anyone other than the hugely profitable industry now involved in making and looking at the swabs .

What no one ever mentions is that the PCR tests are dangerous and can, if done improperly, cause excrutiating pain. This is probably why some countries don’t like them. There is indeed a great deal of confusion about how far the swab should go. (Or should that be the Klaus Schwab) In Australia the guidelines are that the swab should only go a few centimetres up the nostril but nasopharyngeal swabs can go much further. The United States Department of Health and Human services says that the swab should reach a depth equal to the distance from the nostril to the outer opening of the ear. That’s a huge distance. In Ottawa, Canada, the recommendation is half that distance. 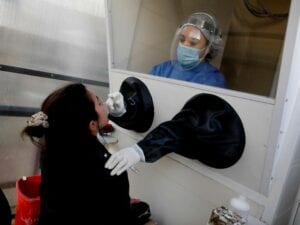 In October last year I reported on at least one case where a healthy individual had noticed cerebrospinal fluid pouring out of her nose after an invasive PCR test. That really isn’t something you want happening. The woman concerned, who was in her 40s, had a PCR nasal swab test and later went to see a doctor complaining of vomiting, a runny nose, a headache and a stiff neck. The pseudo-journalists at the BBC can, if they are interested in facts, find the details in the JAMA Otolaryngology Head and Neck Surgery. Surgeons found that the fluid running down her nose was cerebrospinal fluid – the fluid that protects the brain.

Then there was the case which was accepted for The Medical Journal of Australia on the 4th December but which I don’t think has been published yet. This reported a healthy 67-year-old woman who had cerebrospinal fluid coming down her nose and the symptoms of meningitis. This followed a covid-19 swab test. How many are being killed – especially in care homes – by this useless and dangerous test?

The authors of the paper stated that the `techniques for deep nasal and nasopharyngeal swabs may be easily confused’. They offer instructions for those conducting the tests. Here’s one part of their instructions: `it involves swab insertion into the nasal cavity at a plane between the opening of the nose and the external ear canal on the patient, which can be considered as the horizontal plane for the purpose of relationship to surface anatomy. This will allow the swab to be inserted parallel to the nasal floor which would avoid injury to the middle turbinates. Swabs inserted in an upward orientation into the nasal cavity, (greater than 30 degrees) not only have a risk of failing to achieve an adequate diagnostic sample from the desired nasal mucosa and nasopharynx but also puts the patient at greater risk of injury to the thin and delicate areas of the skull base (attachment of middle turbinate and cribriform plate) which are superior and anterior to the sphenoid sinus ostium.’ There is then an illustration for swabbing and the authors conclude: `We urge that this angle is not exceeded when performing diagnostic tests as it places the patient at greatest risk of serious adverse events.’

I suggest that anyone having a PCR test should ensure that the person holding the swab has studied and understood these instructions – and will follow them.

In Tripura, a three-day-old boy bled to death after a nasal swab test. In Saudi Arabia an eighteen month old child died after a test swab broke inside his nasal cavity. These are not safe tests. Children are being traumatised by these incredibly invasive tests. These are not safe procedures and they’re often being done by people who know as much about medicine and human anatomy as I know about running a submarine – though I have seen Ice Station Zebra with Patrick McGoohan, and that film with Gene Hackman and Denzel Washington in it. And there was Red October with Sean Connery. Actually, come to think about it, I probably know far more about submarines than the average test and tracer tester knows about anatomy. 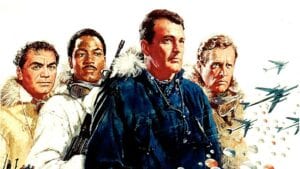 Quite a few things have puzzled me about the PCR test.

First, why the devil do they have to push the swab so far up your nose – and so close to your brain. Where is the indisputable scientific evidence that all the little covid-19 bugs are gathering up there for some reason? Do they like out of the way places? Normally, if you have a bug in your nose it will be in your nose. Where is the solid proof that the test only works if a sample is taken from a spot so far up your nose that the tissue up there probably speaks another language and only gets home once a year? Since these tests are now being performed by people who aren’t doctors or nurses or probably even boy scouts, we need some evidence that the test is essential. Actually, since the tests produce more false positives than real positives they are clearly a waste of time anyway and it would make as much sense if the testing swab were inserted into the umbilicus and given a good twizzle there.

Second, researchers at Johns Hopkins University in the US published a study describing a device which has been developed. It’s a tiny, star shaped micro-device capable of delivering a drug. The devices are no larger than a speck of dust but contain a metal core coated in heat sensitive paraffin wax. At the centre of the core there is the drug.

Now, we know that around half of Americans are reluctant to have the covid-19 vaccination.

This could be used to deliver a vaccine to people without their knowledge or consent.

People who think they are just being tested could be receiving the mRNA jab.

How the hell would we know?

The authorities are already collecting the names and details of people who have declined the vaccine. Are they planning to use the PCR test to those who refuse the vaccination?

Giving vaccines nasally is nothing new. Children sometimes have the flu vaccine sprayed up their noses – that’s a live attenuated vaccine, by the way. Attenuated means it’s weaker. But it could still kill granny, of course. Personally, I might use the stuff to clear the drains but I wouldn’t squirt it up a child’s nose.

And you should perhaps know this: nasal vaccinations are already used on cattle.

The couple have remained opened during lockdown despite repeated warnings from the local authority. Luc was arrested and actually punched by a policeman. He tells Richie why he will never close his business.

Dr. Vernon Coleman joins Richie every Monday to provide the alternative point of view on coronavirus, from lockdowns to vaccines. Today, Vernon looks at the worrying rise in covid vaccine injuries. Reports are coming in from around the world. Vernon explains to Richie what he thinks might be going on.