I am currently reading David Icke’s book, Perceptions Of A Renegade Mind, specifically on how they have failed to isolate the virus. I shall be writing my own relections in due course but am posting this in the meantime from 9 months ago.

The author was IMMEDIATELY kicked off Twitter for reporting this

When I read the Wuhan study in Feb 2020 I was mortified by the monkey kidney & foetal cell-lines which were used as a “culture” before rt-PCR amplification. Isolation was never satisfactory at any stage thereafter.

I honestly felt sick.The genome sequence was computed from this.

I set about proving that the vaccine has been created from a computer generated genomic sequence & not one isolated from an infected person, either in Wuhan or anywhere else in the world since.

The Pfizer BioNTech vaccine was approved by UK MHRA (Medicines and Healthcare products Regulatory Agency) & I initiated a polite exchange of emails with them as follows: 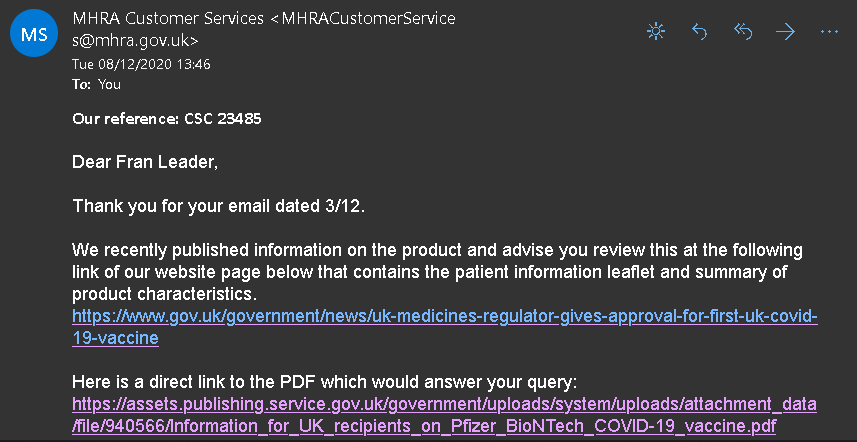 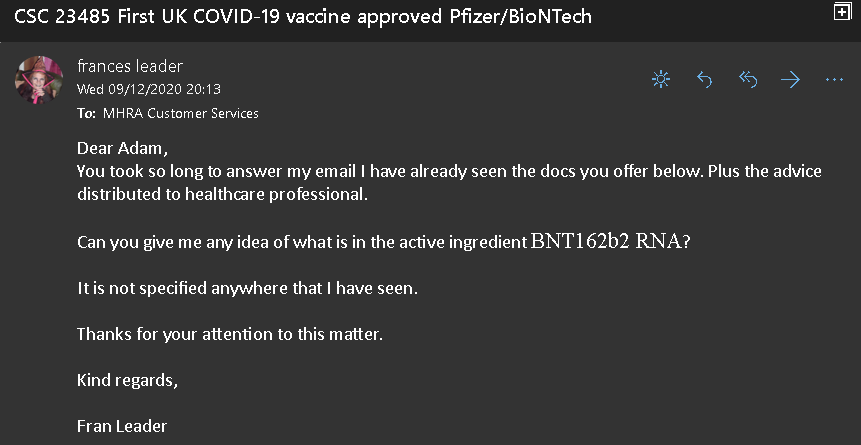 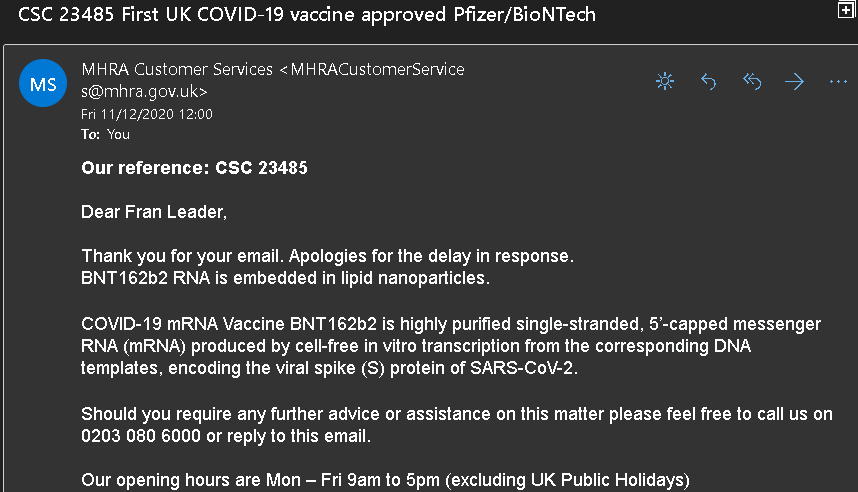 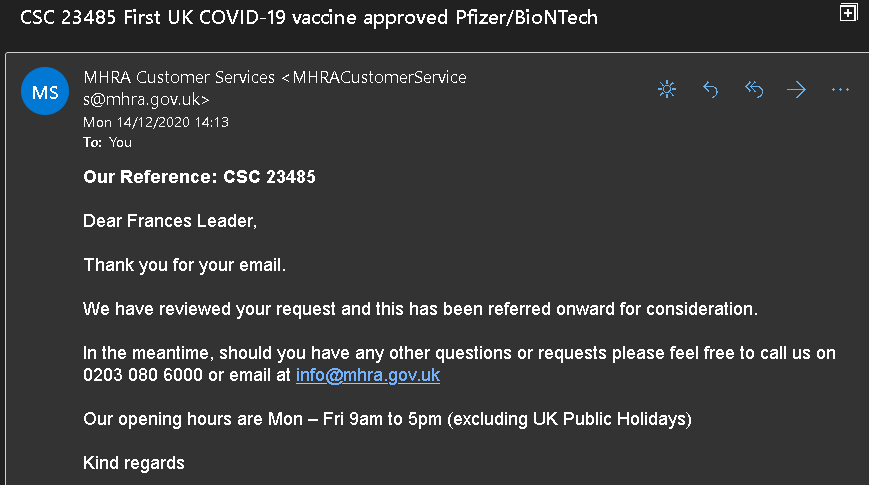 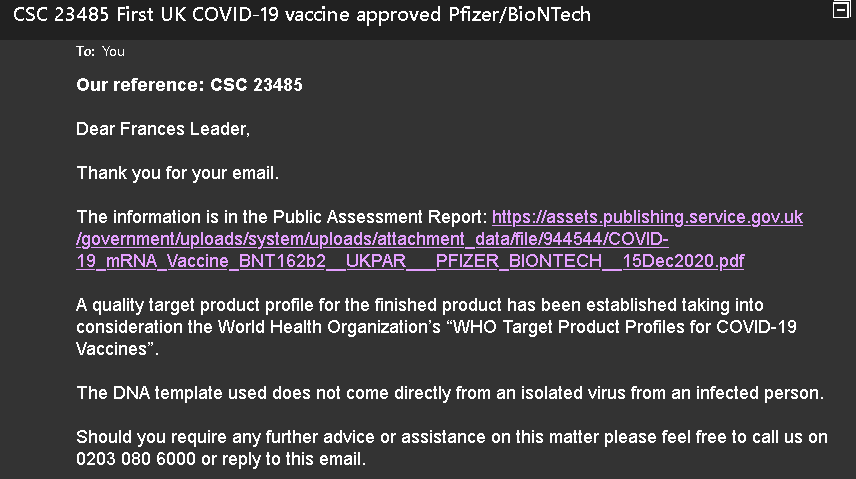 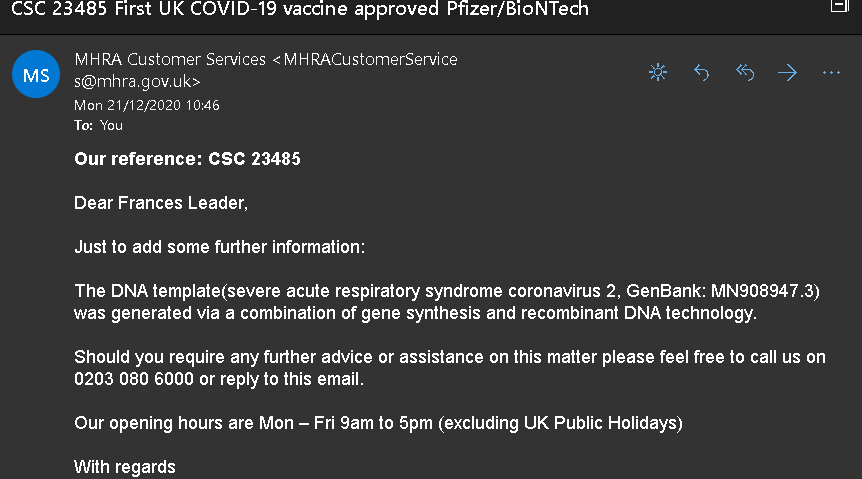 WITHOUT A PURIFIED SAMPLE VIRUS UK MHRA CONFESSES THAT THE PFIZER VACCINE mRNA ELEMENT IS A COMPUTER GENERATED GENOMIC SEQUENCE AMPLIFIED FROM A RNA FRAGMENT FOUND IN ONE EXPERIMENTAL STUDY FROM WUHAN (Feb 2020).
NO SIMILAR VIRUS HAS BEEN ISOLATED ANYWHERE IN THE WORLD SINCE.
THE VACCINES ARE CREATED USING A COMPUTER MODEL!
AFTER NEIL FERGUSON’S CATASTROPHIC COMPUTER MODEL TOOK THE WORLD INTO A SPIRAL OF LOCKDOWNS, MASKS & ABJECT FEAR – HOW MUCH FAITH HAVE YOU GOT IN A COMPUTER CREATED “VIRAL” SPIKE PROTEIN BEING INJECTED INTO YOUR BLOODSTREAM?

Several followers asked for sight of the original exchange of emails & as twitter suspended me over this revelation I decided to create this article which, being on the blockchain, is safe from deletion.

Thanks to all followers on all social media channels for disseminating my work.

Much love as ever