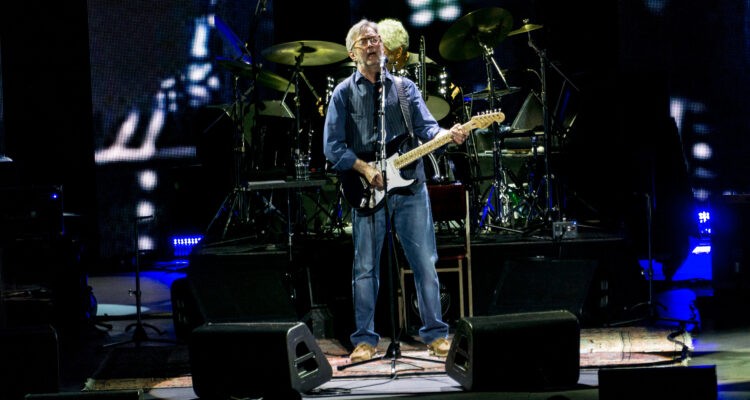 Crank up the volume and listen to this!

Eric Clapton is refusing to perform at venues that require concert attendee to prove they’ve had a COVID-19 vaccine.

The legendary rocker has slammed British Prime Minister Boris Johnson and his government’s proposal to make all those attending live shows and nightclubs to be fully vaccinated against the virus before entering venues as of late-September. And to make his point, the singer/songwriter has threatened to cancel his UK shows.

In a statement shared via his architect and anti-vaccination comrade Robin Monotti Graziadei’s Telegram account, Clapton said: “Following the PM’s announcement on Monday the 19th of July 2021, I feel honor bound to make an announcement of my own.I wish to say that I will not perform on any stage where there is a discriminated audience present. Unless there is provision made for all people to attend, I reserve the right to cancel the show.”

The ‘Wonderful Tonight’ hitmaker’s moratorium on COVID passports comes after he teamed up with Van Morrison on last year’s anti-lockdown anthem ‘Stand and Deliver’ and admitted it gave him a place to voice his “contempt and scorn”. At the time he said: “I continue to tread the path of passive rebellion and try to tow the line in order to be able to actively love my family, but it’s hard to bite my tongue with what I now know. Then I was directed to Van [Morrison]; that’s when I found my voice, and even though I was singing his words, they echoed in my heart … I recorded ‘Stand and Deliver’ in 2020, and was immediately regaled with contempt and scorn. (sic)”

As of now he 76-year-old musician has two shows booked at London’s Royal Albert Hall in May of next year.