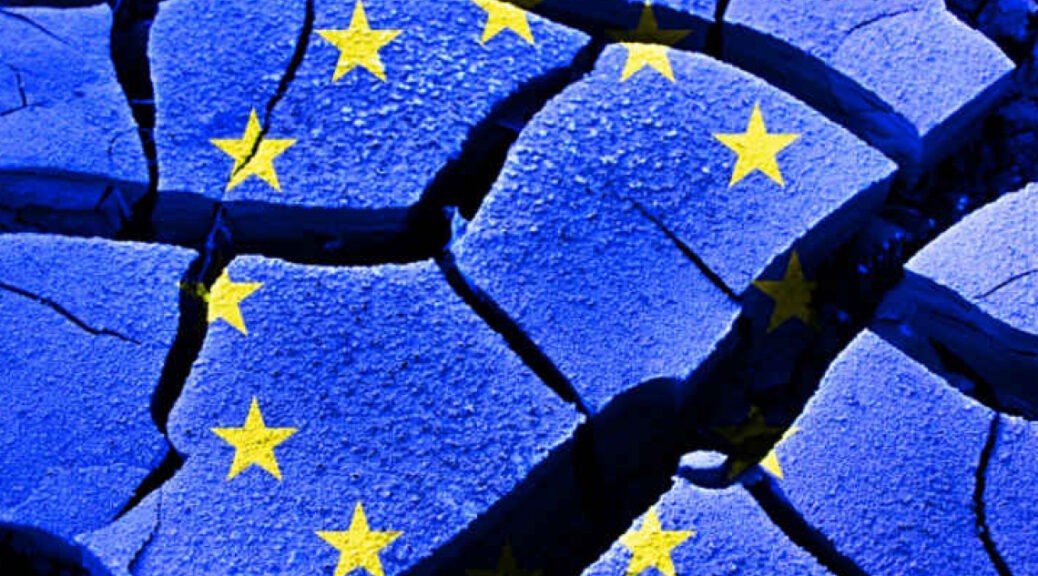 Superficial European “unity” over Russia’s entry into Ukraine to De-Nazify and De-militarize” that regime, which resulted in Europe sanctioning Russia, is falling apart.  The European Union CANNOT get unanimous agreement to embargo Russian Oil or gas into Europe.   The reality, that Europe actually needs inexpensive, reliable energy, is finally taking hold.

The knee-jerk reaction by European Union countries to “sanction” Russia, was poorly thought out from its beginning.  By sanctioning Russia, Europe was actually siding WITH the Nazi-infested regime of Ukraine.  That was downright foolish on every level.

But ever-willing to contort reality, politicians in Europe chose to call their actions “defending democracy” and “defending Ukraine sovereignty.”  That flew until Ukraine outlawed opposition political parties, which is not “democracy” and was exposed as using heavy artillery against civilians in Luhansk and Donetsk, WHO THEY BURIED IN MASS GRAVES, which is not something any “sovereign” can legally do.

More directly though, Europe came to realize that their countries actually DEPEND on Russian natural gas and Russian oil.   Their economies require inexpensive, reliable energy, which Russia provides.

As the initial “sanctions” took effect, prices for petrol in Europe skyrocketed to over $10 a gallon.  Home heating oil — and natural gas — are also skyrocketing in price.   Europeans simply cannot afford it.  When winter comes this year, people in Europe will face the mind-numbing choice of heating their home to stay alive, or eating.   That’s a choice no one NEEDS to be forced into; except that “sanctions” on Russia are forcing that precise choice upon citizens.   The whole situation is untenable.

The politicians in Europe, shielded from the ugly reality of the decisions they make, actually want to make things worse by adopting a Europe-wide embargo of Russian oil.  Discussion to achieve that have been ongoing, but finally fell apart this past weekend.

Many (but not all) European nations simply cannot survive with viable, normal, societies, and thriving businesses, if Russia is embargoed.  The efforts to embargo have, finally, fallen apart.

As many as six million British households could be subjected to power cuts this winter if Russian gas supplies to Europe stop, The Times reported Sunday, citing a Whitehall document.

It said that imports of natural gas from Norway could halve next winter amid surging EU demand. Britain buys around half of its total supplies from the Nordic country.

Shipments of liquified natural gas from major producers such as the United States and Qatar could also halve this winter, the UK government warned, pointing to fierce global competition for supplies of the fuel.

Meanwhile, interconnectors from the Netherlands and Belgium could also be cut off in winter, as the two countries struggle meeting their own demand.

The UK, which has vowed to end the importation of Russian oil by the end of the year, is now seeking to bolster electricity supply by extending the life of its coal and ageing nuclear power stations

This is a good thing.   The whole issue of “sanctions” upon Russia, was poorly thought out from it inception.  Russia is not in the wrong on Ukraine.   It is Ukraine that is in the wrong.

To their credit, Russia made Herculean diplomatic efforts – for years — to try to avoid what is now taking place.   Even as recently as December 2021 into January of this year, Russia put forth Diplomatic proposals for “iron-clad-legally enforceable, security guarantees” which would have avoided all the bloodshed and destruction now taking place.  Both Europe and America WILLFULLY chose to ignore/reject those Russian Diplomatic efforts.

Then the fighting began on February 24.

Politicians in Europe and America, unaccustomed to anyone daring to disagree with them, or acting with force in opposition to them, got their skirts in a twist, and tried to manhandle Russia with economic sanctions.  Worse, both the US and EU then outright STOLE Russia’s investments here in the West.  They literally seized billions in Russia’s bank reserves and sovereign wealth funds.   It was outright theft. The US Congress, Senate and US Treasury Office of Foreign Asset Control are nothing more than brazen thieves.  They seem to think that stealing someone else’s money, without due process of law, is somehow “OK” when a government does it.   It’s not OK.  It’s theft.

All of it backfired.

The only nations being harmed by the Sanctions are European countries, and the USA.   Fuel costs for gasoline and diesel have skyrocketed to outright unaffordable levels.  Commerce is rapidly stopping because companies cannot afford shipping costs or even energy costs for manufacturing.

These are not “Putin Price Hikes” as the politicians love to claim; they are artificially-induced price increases because economic sanctions were imposed.  We in America and in Europe, did this to ourselves!

That reality is finally sinking in.  This past weekend, Europe could not come to unanimous agreement to embargo Russian oil.

Oh, did I mention, it gets worse for the Europeans too.

Over the weekend, Italy Army General Leonardo Tricarico publicly urged not to provoke Russia. Tricarico believes that the EU should leave the “crazy idea to win in Ukraine.”

He then went on to say publicly “If we want to reach an agreement with Putin on Ukraine, then we must avoid provocations and useless things, such as NATO expansion.”

Then, the coup de gras, when he said “We must force Ukraine to capitulate and not provoke Russia.”

FINALLY!  Someone actually stated the obvious!!!   Kudos to General Tricarico!!!!!

What has gone on here with Russia-Ukraine-Europe-US-NATO has been a travesty of mis-management and deliberate provocation of Russia by the West.

It needs to stop.  Fast.  Before the ongoing hostilities explode into a much larger, and far deadlier World War.