https://threadreaderapp.com/thread/1415989536933490688.html
Something really odd is going on:
In Europe we are seeing surges at many places where most of the population has already been vaccinated.
At the same time, the 15 least vaccinated countries don‘t seem to face any problem.
At some point, denying this problem will get painful. 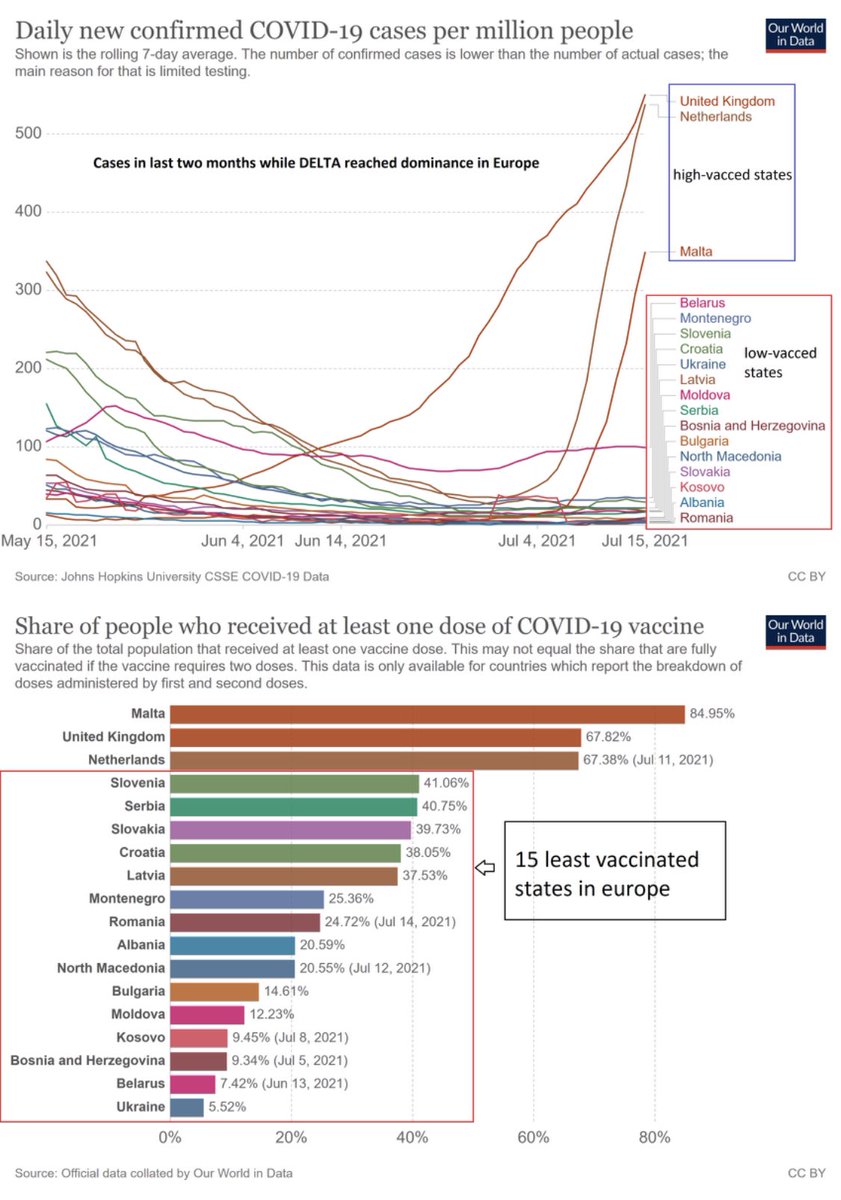 Unroll available on Thread Reader
I did not include tiny Gibraltar, which claims to have double-jabbed all (!) of its citizens.
So why do cases suddenly rise through the roof? (yes it‘s residents, not tourists)
Cyprus: majority of people vaccinated.
Highest case count in the world.
Unroll available on Thread Reader
Malta: highest vaccination rate in the western world.

Also currently one of the steepest inclines in cases you may ever have seen. 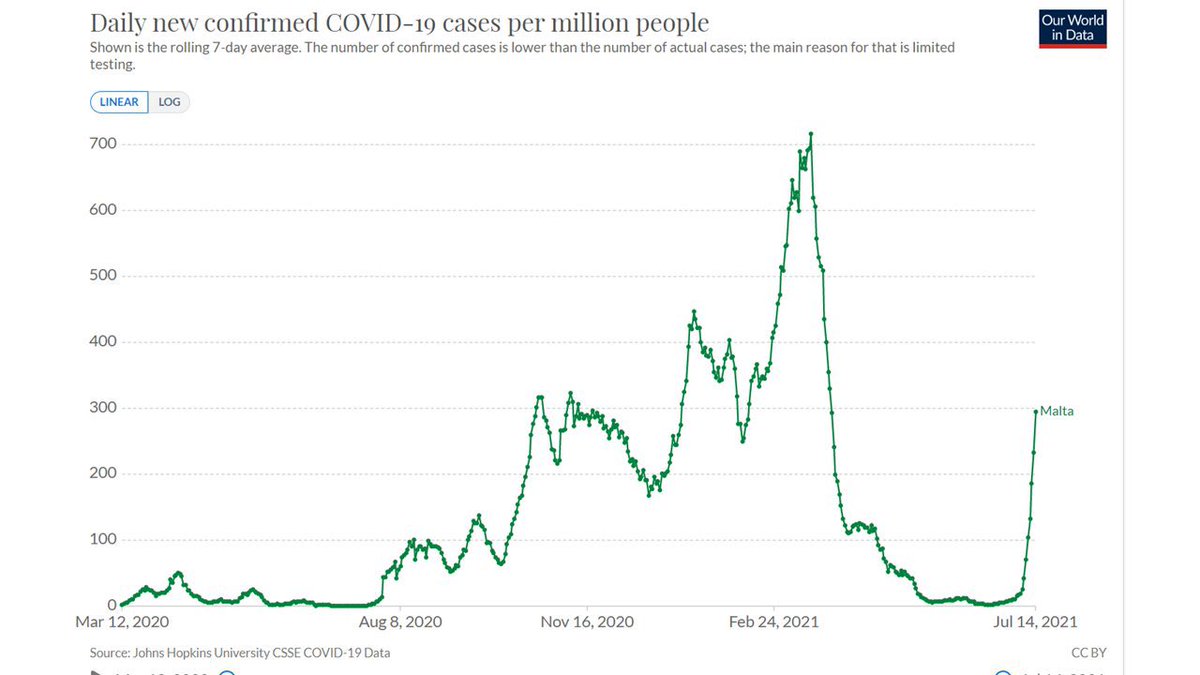 What‘s special about small kingdom of Bhutan is that they jabbed 64% of their population within one week, starting 27/3.

Just a few days after the start of the rollout, cases went up. 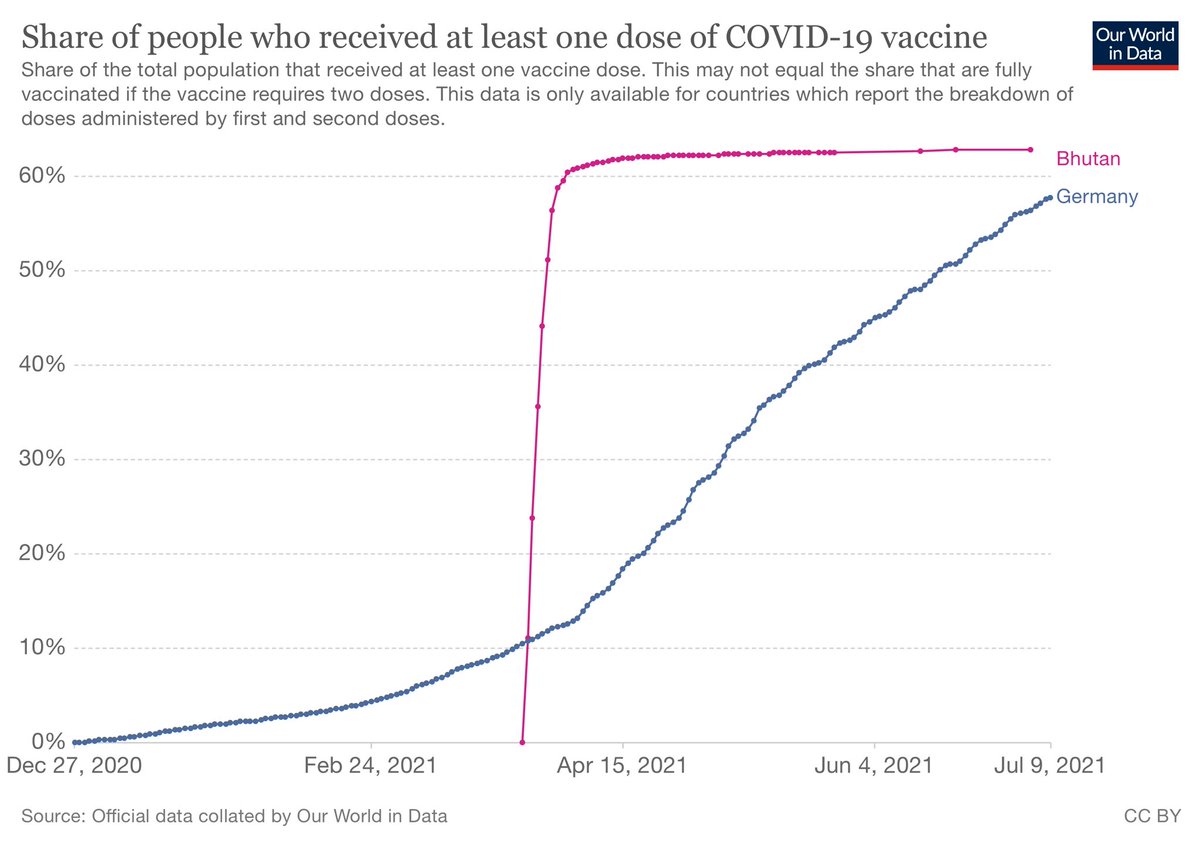 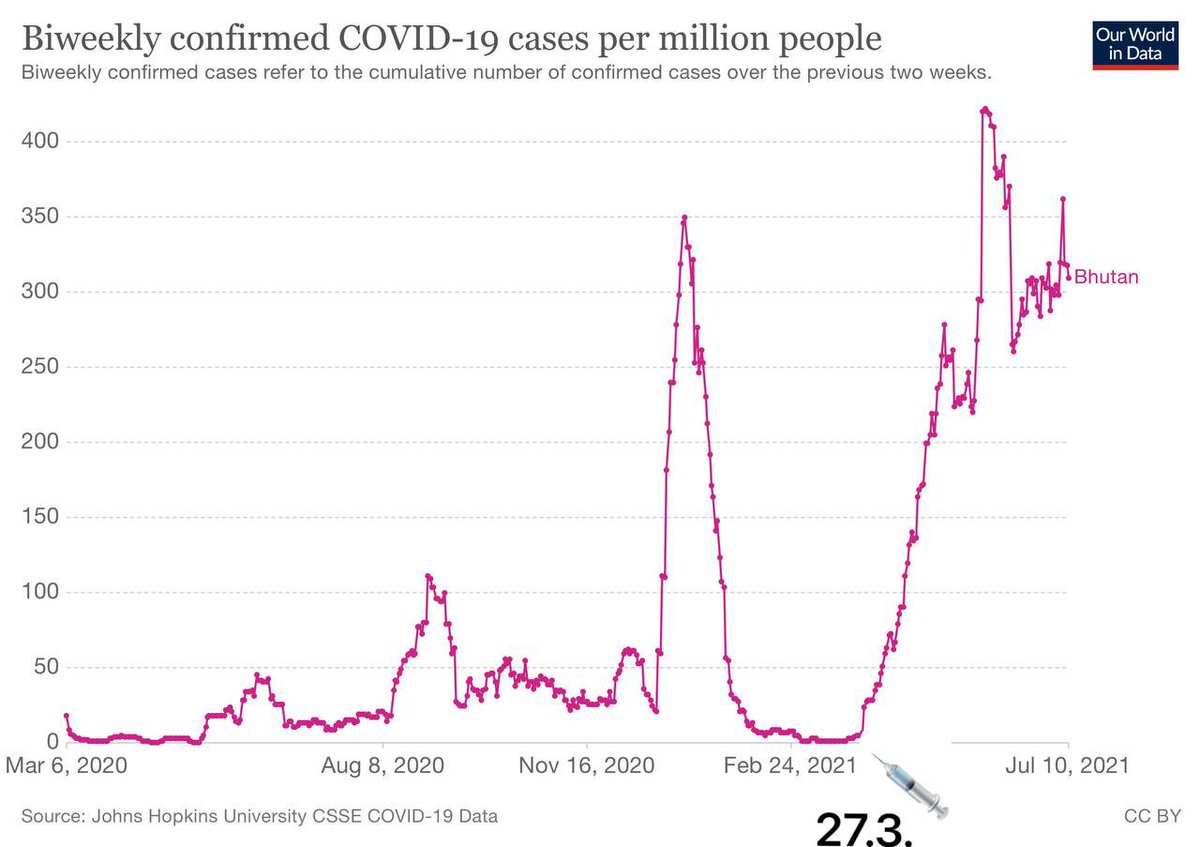 Seems like we have a pretty solid correlation here. 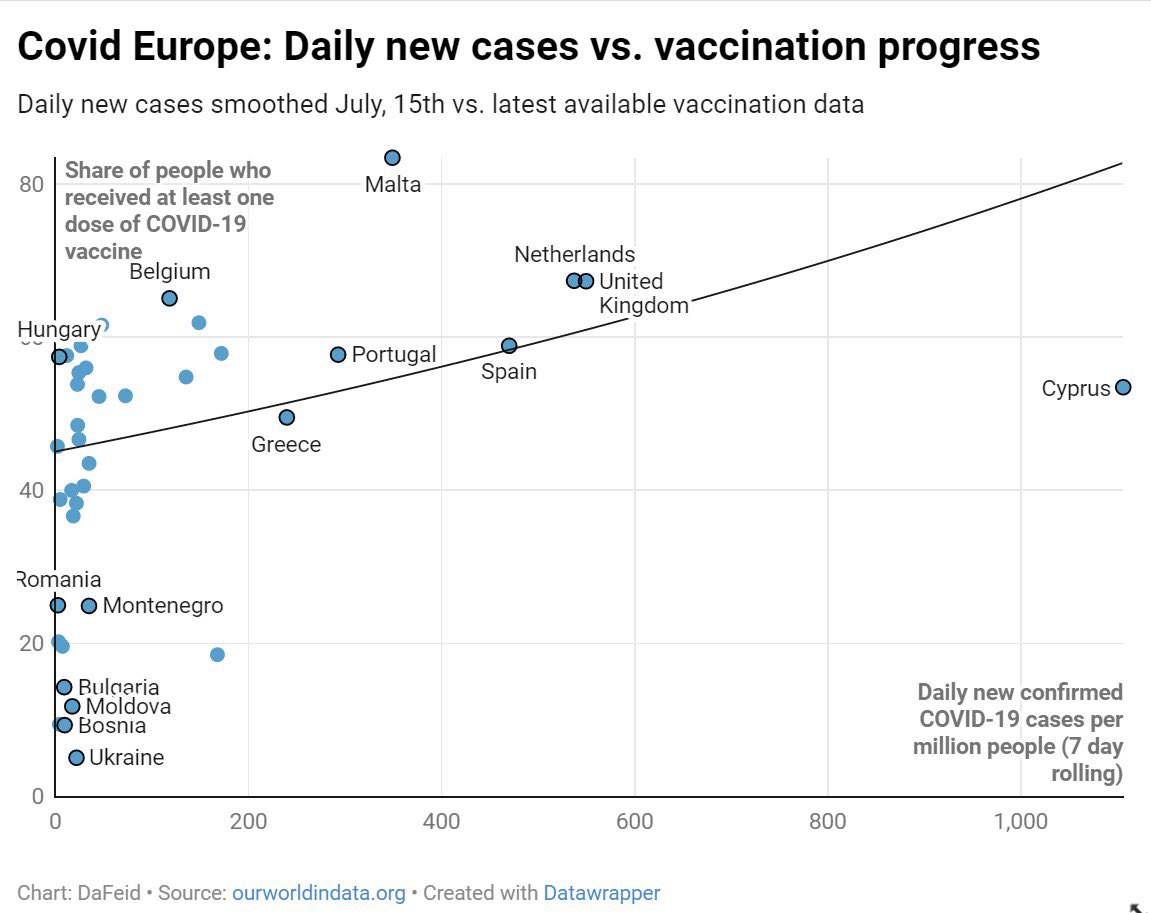 They just experienced their second highest peak since pandemic began. 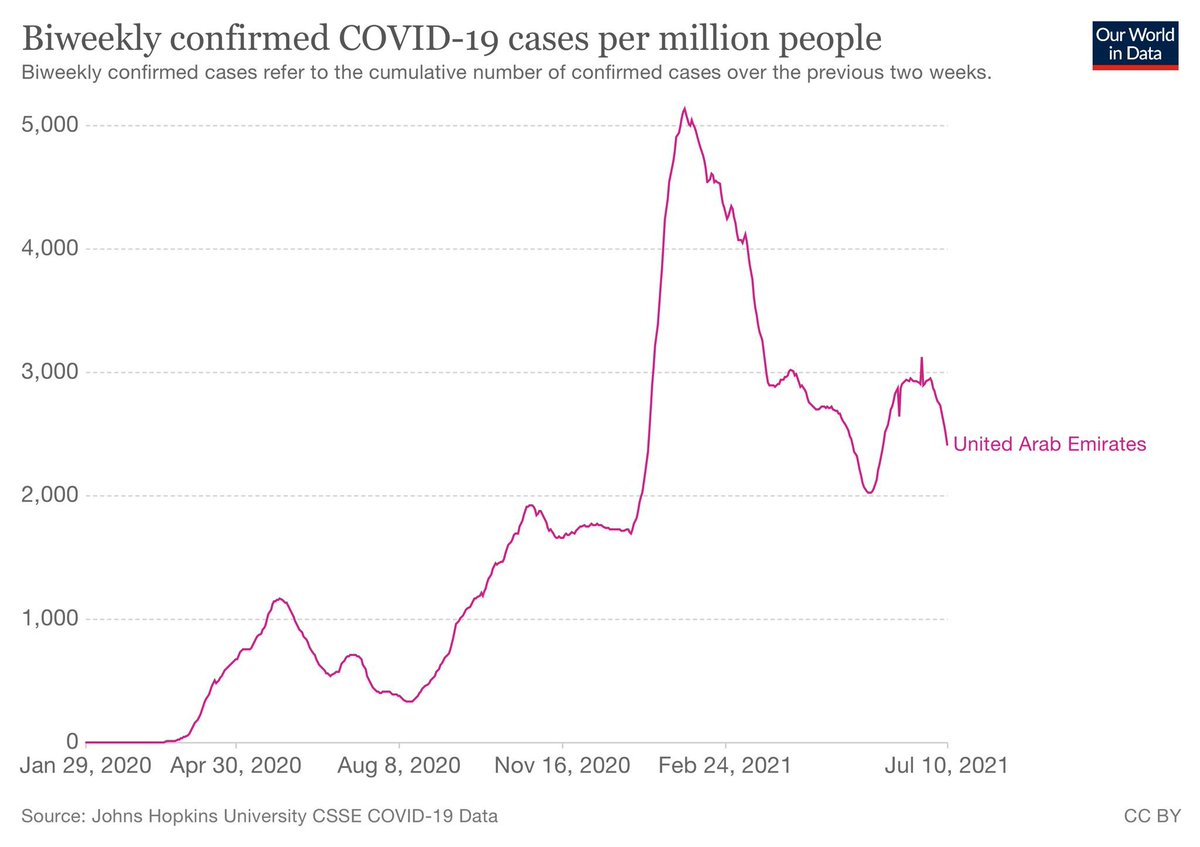 At this point, some of the early-bird lockdowners take notice:
Why is my fully masked and vacced state not keeping cases down?
You see how dangerous delta is??
Unroll available on Thread Reader
„But what about 100% vaccination rate?“
Here you go: 1600 double-jabbed british soldiers on HMS Queen Elizabeth. They even had hygiene rules, distancing etc
Wait 2 months…
1 in 16 (= higher case rate than any country!) turns out to be infected.
m.dw.com/de/corona-ausb…
„But the vaccine also makes people less transmissible?“
That’s what some studies claimed, yes.
But at what point in time did they measure this effect?
The jabs initially trigger your immune system.
But what if the effect fades and you walk around bar any mucosal protection?