Announcement of the evacuation of Kherson – Interview – warning S.Surovikin to Zelensky: “I will make difficult decisions” – Nuclear in sight?

Surovikin interviewed shortly before the storm broke out in Ukraine

A significant interview on the state television channel Rossiya-24 was granted by the Russian commander-in-chief and commander of the Russian forces in Ukraine, Sergei Surovikin, at a time that is not only coincidental.

Surovikin spoke of an imminent ” massive Ukrainian missile attack on the Kakhovskaya hydroelectric dam” and emphasized that “he is ready to make difficult decisions for Kherson”.

He preceded “opening” in Ukraine saying:

“Russians and Ukrainians are one people. We want a Ukraine independent of the West and NATO, a friend of Russia”.

This phrase sounded like the last warning just before the “storm” broke out in Ukraine.

“Our plans in Kherson will depend on the tactical military situation which is already very uneasy. We will seek to protect the lives of our citizens and service members. We will act in a timely manner, without excluding the most difficult decisions.”

If the enemy uses prohibited weapons in Kherson, the response will be harsh”.

We remind you that Kherson, like the other regions where the referendums were held, is now covered by Russia’s nuclear doctrine.

The problem for Moscow is that it does not have the flexibility to allow the Ukrainians to enter the city of Kherson because then the road to Crimea opens. WarNews247 had announced the evacuation of Kherson days before as the Russians prepared for what was coming…

Therefore, indeed, the Russian Army has difficult choices to make.

It is also important that General S.Surovikin made a special reference to the 5th generation Su-57 fighter in light of the WarNews247 revelations.

At the same time as the Surovikin interview, the evacuation of areas of Kherson was announced. The Russian governor announced the immediate evacuation of the population from areas on the right bank of the Dnipro River.

According to information, the Ukrainians are preparing a large-scale attack on Kherson by gathering all available forces and reserves from nearby areas.

“The Ukrainians have implemented a complete news blackout on what is happening in the Kherson region. They have always done this in the past when big business is imminent. Something big is happening, military expert Professor Michael Clarke told Sky News.

The Russian general and new commander of the Russian forces in the war in Ukraine, Sergey Surovikin, said in the interview he gave to Russian media:

“The situation in the Special Military Operation area can be described as tense.”

The enemy leaves no room and tries to attack the positions of the Russian troops.

The enemy (Ukrainian government) is a criminal regime pushing citizens to their deaths.

Ukrainians and we are one people and we want one thing: Ukraine to be independent from the West and NATO, a state friendly to Russia.

The Ukrainian regime seeks to breach our defenses.

To do this, the Armed Forces of Ukraine are pulling all available reserves to the front line.

Basically, these are ground defense forces that have not completed a full training program.

In fact, the Ukrainian leadership condemns them to destruction and death.

As a rule, such units have low morale.

To prevent escape from the front line, the Ukrainian authorities use detachments of nationalists who shoot anyone who tries to leave the battlefield.

Each day, enemy casualties range from 600 to 1000 dead and wounded.

We have a different strategy.

We do not pursue high rates of advance, we protect every soldier and methodically “grind” the advancing enemy.

This not only minimizes casualties, but also significantly reduces the number of casualties among the civilian population.

Currently, the Joint Force Group is taking measures to build up the combat and numerical strength of formations and military units, create additional reserves and equip defensive lines and positions along the entire line of contact.

We reinforce our lines with reserves and build fortified positions on the contact line.

The strikes with high-precision weapons continue on military installations and infrastructure facilities affecting the combat capability of Ukrainian troops.

The special military operation confirmed the effectiveness of our air and air defense systems.

During the operation, the crews of operational-tactical, army and long-range aviation carried out more than 34 thousand sorties. They used more than 7 thousand weapons.

The newer hypersonic Kinzhal missiles have proven to hit targets well.
None of the enemy air defense systems are formidable to this missile.

In terms of quality, I would like to single out the Su-57 fifth generation aircraft in particular.

Having a wide range of weapons, in every sortie it solves and successfully completes any multi-faceted task assigned to it whether striking an air or ground target.

Unmanned aerial vehicles carried out more than 8,000 sorties, and offensive drones destroyed more than 600 objects of the Armed Forces of Ukraine.

There is a difficult situation in the Kherson sector.

Hits by HIMARS rockets damaged the Antonovsky Bridge and the dam of the Kakhovskaya hydroelectric station, traffic was interrupted.

As a result, food delivery is difficult in the city, there are some problems with water and electricity supply.

All this not only significantly complicates the lives of citizens, but also creates a direct threat to their lives.

We have information about the possibility that the Kiev regime is using prohibited methods of warfare in the area of ​​the city of Kherson, for the preparation by Kyiv of a massive missile attack on the Kakhovskaya hydroelectric dam and a massive missile and artillery strike on the city indiscriminately.

These actions can lead to the destruction of the infrastructure of a major industrial center and heavy casualties among the civilian population.

In these circumstances, our primary duty is to preserve the life and health of citizens.

Therefore, first of all, the Russian army will ensure the safe, already announced departure of the population under the resettlement program prepared by the Russian government.

In any case, as I have already said, we will proceed from the need to preserve the lives of the civilian population and our military to the maximum.

We will act consciously, in a timely manner, without excluding the making of difficult decisions.

Cities of Kherson are being evacuated – Governor’s statement

The Russian governor of Kherson confirmed in a speech that some civilians would be evacuated, citing the risk of an attack by Ukrainian forces.

In a video message, Vladimir Saldo said that residents of four cities will be evacuated from the banks of the Dnieper River because there is a risk that the Kakhovka hydroelectric dam will be destroyed by Ukrainian shelling.

“There is an immediate risk of flooding the lands due to the planned destruction of the dam and the discharge of water from the reservoirs of the Dnieper power plants,” he stressed.

The acting governor of Kherson region, Volodymyr Saldo, issued an urgent appeal to the residents of the region. His message is as follows:

“Dear residents of the Hersona region!

You all know that Ukraine has declared total, irreconcilable war on Russia, on all of us.

We all know how hard Tonbas endures daily shelling, how many innocent people die from artillery and rocket attacks on peaceful towns. Kyiv is preparing a similar fate for Kherson.

The Ukrainian side is massing forces for a large-scale offensive.

The Russian Federation has formed a military group to repel this attack. The battlefield of this confrontation can be our land, the peaceful cities and villages of the Kherson region.

There is an immediate danger of flooding the lands due to the planned destruction of the Kakhovskaya HPP dam and the release of water from a Dnieper reservoir.

In such a situation, I made a difficult but correct decision to announce the organized movement of the civilian population of Berislav, Belozersky, Snigirev and Aleksandrovsky municipalities to the left bank of the Dnieper.

This decision was prompted by the creation of large-scale defensive fortifications to repel any attack. Where the military operates, there is no room for civilians. Let the Russian army do its duty.

Under these conditions, our main task is to save human lives and allow the troops of the Russian Federation to effectively carry out their operations for the protection of Kherson. We will transfer the civilian population to the left bank in an organized, gradual manner.

For those residents of the region who decide to move further into the regions of Russia, the Government of the Russian Federation will provide housing certificates.

I ask everyone to stay calm, don’t listen to the alarms.

Kherson remains under the reliable protection of the Russian army. Our purpose is right. We know it, and our enemy knows it. And the victory will be ours.” 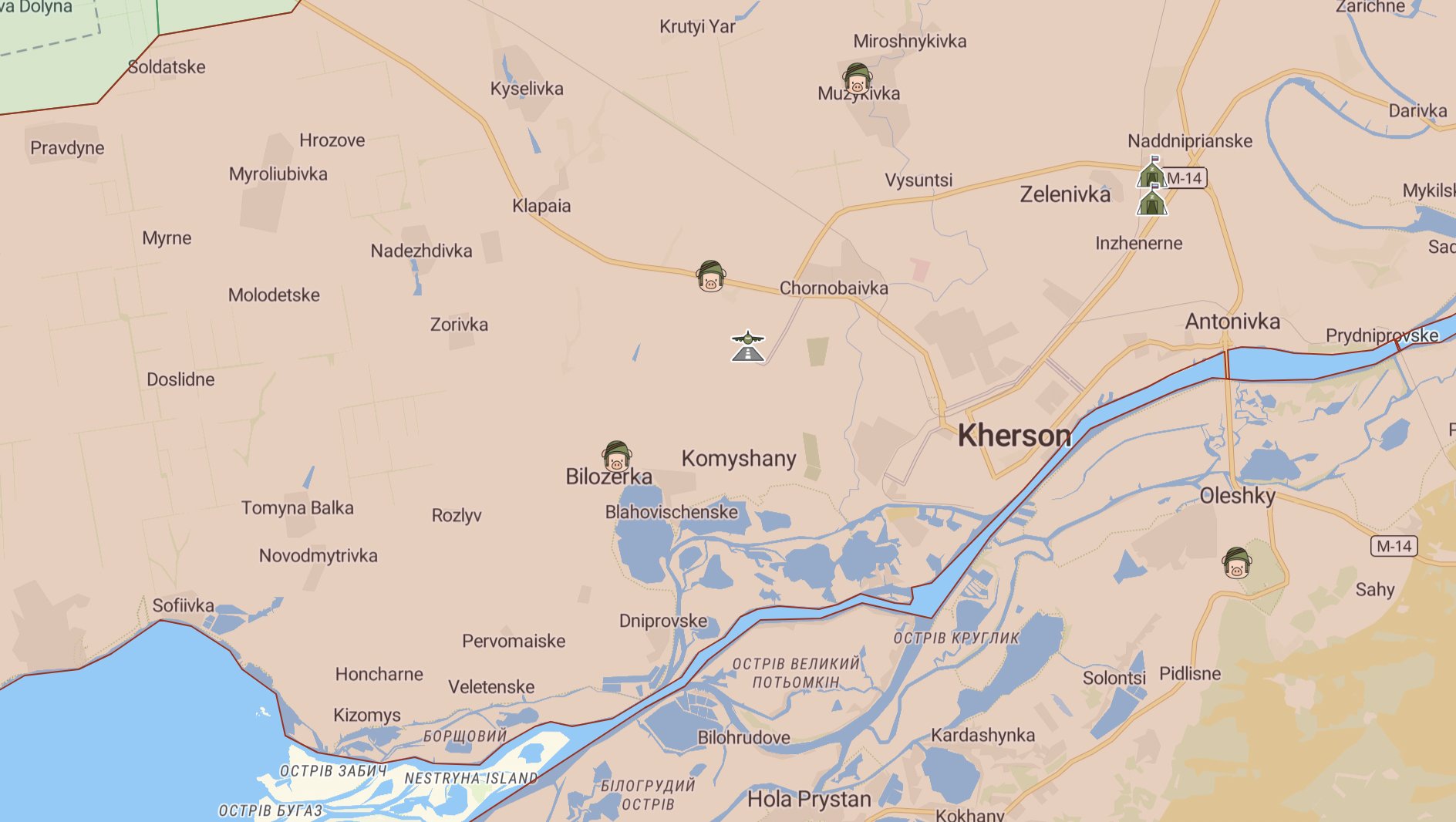 3 thoughts on “Evacuation of Kherson announced”