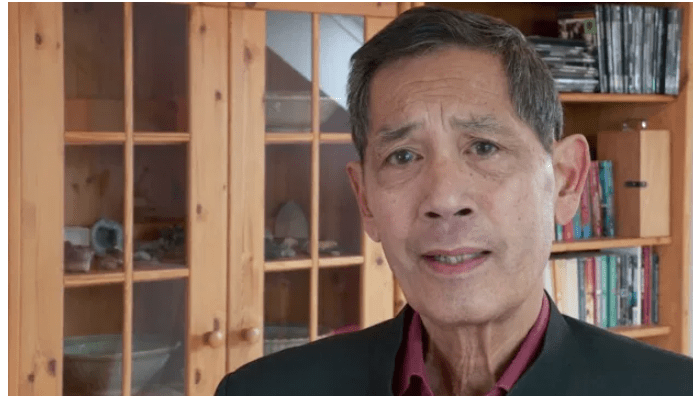 EVIL and ignorance is turning the world into a living hell where parents are willingly allowing their children to be killed.

In an exclusive interview with The Daily Expose, retired microbiologist Sucharit Bhakdi, a signatory of the group Doctors for Covid Ethics, says he hopes world governments will reverse their vaccination plans, saying if they do not, vaccines will soon receive full approval, meaning they can be released without the need for any risk-benefit analysis.

And he also hit out at the “ignorance” of Professor Neil Ferguson of Imperial College London, Vaccine Minister Nadim Zahawi and Dr Chris Smith a Consultant Virologist at Addenbrooke’s Hospital, while sending a message to governments across the world, urging them to start dialogue with Doctors for Covid Ethics because they share a common cause – saving lives.

According to the UK Government’s figures, more than 1,100 people have died due to an adverse effect caused by one of the vaccines currently being rolled out via Emergency Use Authorisation. But Dr Bhakdi reveals that worse is yet to come, with manufacturers, he says, creating a false sense of security.

“It’s so easy to manipulate the nano-particles,” he said. “All you need to do is take out one component, one lipid, and the vaccine will not be taken up by the cells any more. And then you have no side-effects. And you will have a vaccine that is well-tolerated.

“Pfizer are going to submit an application for this in June. And the authorities have already released underground information that the approval will probably be given in October. When this happens, it means that every subsequent vaccine is automatically approved. They have to sign no more application, there will be no more trials, no more risk-benefit analysis. No more notification of side effects.

“Once that has come through, these guys have a free hand to do whatever they want, wherever they want. And no one can do anything about it. It’s so horrible.

“It’s a devilish plan, satanic. But the very, very small chance we have is that they made a mistake, which was they thought that this vaccination programme would go through smoothly, as they were not aware that the adverse effects would be so severe and so widespread.

“This is where they may trip if we can force them to turn back on the vaccination programme. Now there have been legal charges brought against the EU, for nullification against all the vaccines.”

Further worrying developments across the globe is the apparent eagerness to vaccinate children against a virus they have little to no risk of severe infection or death from.

Dr Smith appeared on English TV recently to advocate the vaccination of children, saying he believes it is a good idea in the short term to give a “belt and braces” control of the virus, stopping them from catching it and passing it on, despite the fact that the vulnerable have already been vaccinated.

Dr Bhakdi said: “Children are dying. They are dying by the day I believe. Just three days ago a 16 year old boy died of a heart attack following vaccination.

“One thing that people simply have to start to understand is that antibodies will never ever be able to protect anyone because the antibodies in the blood are on the wrong side of the wall.

“Now, people like this Dr Chris Smith, who obviously has no inkling of immunology, might say, ‘OK, but this guy Bhakdi doesn’t realise that certain antibodies are secreted out of the door to meet those viruses coming in’. These are so-called IgA secretory antibodies. True. However, Dr Smith, my dear colleague Smith, you obviously forgot – or maybe you never learned – that these IgA secretory antibodies do not protect against respiratory pathogens, they protect against pathogens that enter your stomach and they protect you against diarrhea but not against pneumonia.

“Dr Smith, did you never, ever learn that this is known that these IgA antibodies cannot and do not protect because there are too few of them out there in front of the door of your airway respiratory? There is a genetic deficiency called selective deficiency of IgA. It is one of the most frequent deficiencies in mankind. It occurs in a frequency of 1 to 500, which is a huge number. These guys don’t have the secretive antibodies but they do not suffer more often from viral pneumonia.

“And that’s why when I taught many years ago I would always tell people the secretory IgA plays no role in the respiratory tract, it plays a role in the intestine. So you can jab as much as you want. You can buy antibodies and put them in people – they will never protect people against the virus which is entering through the front door. It’s incredible isn’t it, that the whole world believes that they have to get the jab to protect themselves.

“The coronaviruses belong to these and they do not want to kill us, not even if Neil Ferguson thinks they do, it’s not true. And Smith, it’s not true. They just want to come and then they’ll go away again.

“So this business of healthy carriers is an old story. And don’t go around looking for them because if you do you will find them. And if you find them don’t start thinking you will have to exterminate them because you never will – you can’t.

“I went to a British school and was taught the meaning of honesty and courage and you have lost all of those things. You have lost everything. The British are following in the past and present footsteps of the Germans. How absolutely shameful. Don’t you have any pride?”

Professor Ferguson, author of several catastrophic models for Foot and Mouth Disease, Bird Flu and Swine Flu, and who resigned from Sage after breaking lockdown rules to see his married lover, is still advising the Government on its Covid-19 response.

He believes booster jabs will be essential adding that it was “much better to be vaccinating people than shutting down the whole of society”.

But Dr Bhakdi was scathing in his short and sweet response, saying: “Neil Ferguson has been around for ages doing the same thing over and over again. He is such an evil person. He is a criminal.”

And Dr Bhakdi was equally quick to dismiss Vaccine Minister Zahawi, who said recently that the current roll-out has “saved millions of lives”.

“Of course he doesn’t know this, it’s a lie. It’s a blatant untruth,” said Dr Bhakdi. “In the first six months of this damn episode last year, there were about 60 million Germans under 60 years of age. How many lives were lost of this 60m, without pre-existing illness, in the first episode? 52.

“Give your damn minister these numbers; vaccinate the 60m and save their lives, you would have saved 52 lives. Now the AstraZeneca vaccine was tried out on about 10m below 60 years old. How many were lost for blood clotting? 10. At least 10 lives were lost.

“If you had vaccinated 60m, how many lives would you have lost because of clotting events? 60 – which is already 10 per cent more

“Now those 10 lives that were lost were the tip of a huge iceberg, because those guys with Cerebral venous thrombosis [CVT] had the symptoms that thousands of people had; splitting headaches, nausea, vomiting, blurred vision, loss of hearing, they couldn’t speak properly, they were losing consciousness, they were getting paralysis, in the face, limbs, everywhere.

“These are the cardinal symptoms. If anyone young has these symptoms you have to take them to the emergency room to find out if there is a blood clot forming in his brain because, if you don’t, he may die.

“This event is very rare. It is one in a million per year. It is so rare that the people, the doctors in your country, Great Britain, have forgotten it. Thousands have been going to the emergency department with these symptoms and they say nothing to do [with the vaccine]. I get so furious with my so-called colleagues who are so imbecile, so stupid, so ignorant.

“They have forgotten all their medicine and they send the people home. These people who have the jerks, that is typical of CVT as this is the one thing that can cause all these symptoms. I saw these symptoms coming out in December and January and said the one thing that would put the lid on all these symptoms is CVT and that is why we wrote this letter to the European Medicines Agency saying guys you have to think about this, you are killing people, murdering them. That’s what’s happening and no one is stopping them.

“Your stupid Government, Neil Ferguson, who has no idea what’s going on in medicine, never studied anything that would allow him to…why don’t people listen to doctors? Because they are corrupt. Science is corrupt and the scientists are corrupt.”

Despite all this, there remain millions who are ready to believe anything and everything that their politicians say. Many who are still calling for further restrictions and a delay to the scheduled further reopening on May 17 and June 21.

And it is to these people, those all too eager to dismiss arguments against the official narrative as conspiracy, that Dr Bhakdi talks to directly, along with governments across the world, when he offers something of an olive branch, an opportunity of official talks he hopes will be accepted.

He said: “The word conspiracy always has a negative touch. People who are conspirators want to do something that is bad. What I would tell them is, let’s not argue about this, let’s sit down like civilised people and talk with each other. Because what we’re doing is for you and for our children.