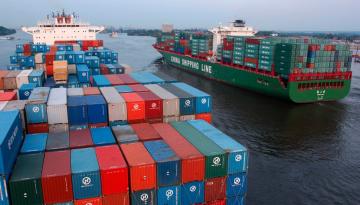 The most important news for the NZ economy and an indication of what is to come and I could not find it by searching!  It was only learning that it featured on RNZ Morning Report a couple of days through a chance conversation that I learned of this.

Some of the country’s growers and exporters are worried their produce will be wasted because of continued shipping delays.

Vessels are behind schedule and in some cases skipping New Zealand ports – meaning produce is stuck in warehouses and unable to get to market.

Seafood destined for overseas restaurants is languishing on the shelf in Nelson.

“We, like a number of exporters, are having issues getting our frozen products off our boats and into cold stores and out of New Zealand.”

Global supply chains are constrained, ports are congested and shipping companies are favouring more profitable routes in the northern hemisphere.

“We’ve been able to put what we are catching into cold stores across New Zealand. But all of the fishing companies are finding the same things are occurring and those cold stores are rapidly filling up.”

Until now – the bigger problem for New Zealand was importing goods.

An Australian Craft Beer Festival has been forced to postpone its Auckland event in July because 200 kegs of beer were stuck in Australia.

Catherine Beard from Export NZ says the delays are putting both importers and exporters in an impossible situation.

“The whole flow has gone from the supply chain. So they’re having to work twice as hard, they have no predictability. The cost impacts are significant.”

Onion growers are among those worried about what it means for the thousands of tonnes of produce stuck.

Onions NZ CEO James Kuperus says it could mean a dip in profit.

“We may still get the onions offshore and into the markets but the more market windows we lose or miss, then the less profitable it is as a crop for our growers.”

Freight prices are expected to skyrocket further over the next few months due to the demand and exporters are asking the Government for support.

The Transport Minister says there is no quick fix and urges exporters to continue working with shipping companies. 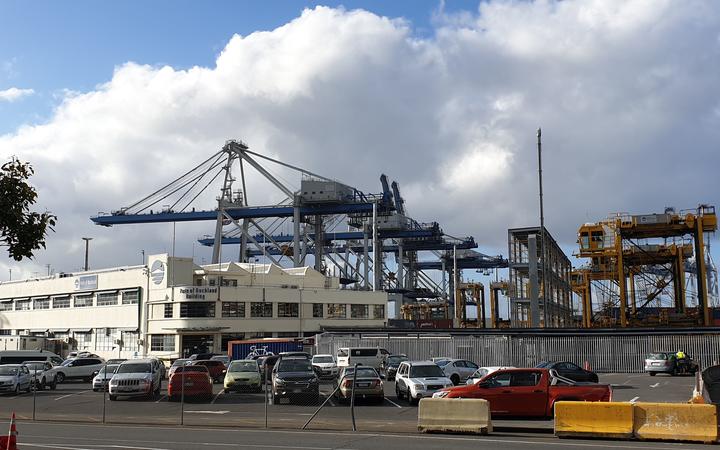 Covid-19 is causing delays at ports around the world and the impact in New Zealand has been exacerbated with severe delays at Ports of Auckland, which is only using around third of its crane capacity.

Auckland is often a first call for ships arriving in the country to deliver imports, and the vessel delays of up to 14 days are flowing to other New Zealand ports, causing a container yard congestion at Tauranga.

New Zealand onions are one of the sectors impacted by the shipping delays at the Port of Tauranga.

The industry had over 50 containers of export onions bound for Europe, due to leave Tauranga last week, which missed their ship.

Onions New Zealand chief executive James Kuperus said their export season got off to a early and positive start. However, the shipping delay had slowed exports right down.

He said the sector relied heavily on both Ports of Auckland and Tauranga for its exports and exports that don’t go are impacting on growers’ back pockets.

“The problem is we apply to some markets for a certain window so you may say to your customer, your onions will arrived at this date and they can plan their retail programs,” Kuperus said.

“So if the product doesn’t arrive in the correct week or the following on, then they can’t force consumers to buy twice or three times as many onions when product does arrive.

“If you miss a couple of weeks then that’s the window gone unfortunately, so every shipment delay does impact the grower.”

James Kuperus said the 50 containers of onions would have been worth over $600,000.

Onions that miss shipment will end up overseas eventually but at a reduced price, otherwise New Zealand’s domestic market may flood, Kuperus said.

Another sector struggling with the shipping delays is the red meat sector.

Danny Hailes from meat company, Alliance said getting containers back to its processing plants to be re-filled is a problem.

“When containers reach their port of destination, whether it be China or US, then obviously those containers need to be replaced with empty containers and cycled back to New Zealand to be filled,” Hailes said

“So getting those containers to be keeping up with production is becoming a juggling act.”

Danny Hailes said at this stage the volume of exports hadn’t been impacted.

The vast majority of New Zealand – 99 percent – are sent by sea.