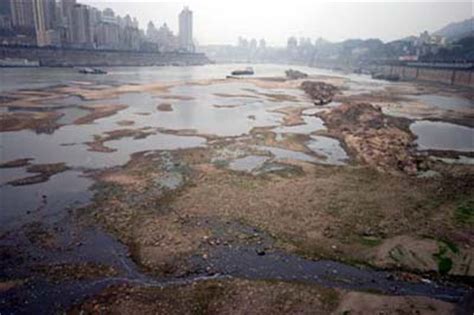 Do you really think China is going to rule the world?

For the past few days, about half of China’s land area has experienced the strongest and longest high temperature weather in history, with the temperature in many places continuing to exceed 40°C.

Beibei in Chongqing has a high temperature as high as 45°C, constantly breaking the historical record. According to information from China Weather Network, as of August 21, the Central Meteorological Observatory has issued a high temperature warning for 32 consecutive days, of which the highest level of red warning has been issued for 10 consecutive days from the 12th to the 21st.

China’s economy was originally under heavy pressure due to “zeroing” COVID prevention, city closures, and the debt crisis in the real estate industry. Now it has been hit by large-scale droughts and power cuts, which can be said to be a combination of natural and man-made disasters.

The economic downturn and business shutdown will ultimately affect the employment and life of residents, and it is the common people who suffer.

With China’s water supply rapidly deteriorating to catastrophic levels – something which could have profound effects on the global food, energy and materials markets – officials in the southwestern province of Sichuan have deployed two giant cloud-seeding drones in the hopes of turning around a dire situation which is now affecting hydropower production.

The move comes as almost half the country is suffering from a record heatwave, according to its National Climate Center – has has affected Sichuan province’s ability to deliver hydropower to cities like Jiangsu and Shanghi, located more than 1,000 miles away, Insider reports.

To improve the situation, the two drones deployed on Thursday will eventually cover an area in Sichuan spanning 2,317 square miles, according to state-owned CCTV. The cloud seeding operation will be carried out until Monday.

Since the beginning of the month, hydropower plants in Sichuan have been forced to operate below 50% of normal capacity, leading to power cuts in the province and forcing companies like Toyota and Apple supplier Foxconn to suspend operations, according to Caixin news.

In some instances, groundwater levels have gotten so low that underground aquifers have collapsed – triggering a phenomenon called Land Subsidence, which can cause the ground to cave in over large areas, which in some case renders the aquifer unusable in the future.

The drought has also damaged crops and threatened the fall harvest, forcing China to compete for exports in an already-inflated market. As we noted earlier this week, 60% of China’s wheat, 45% of its corn, 35% of its cotton and 64% of its peanuts come from the at-risk North China Plain – where, in the example of wheat, their annual production of more than 80 million tons is on par with Russia’s annual output, while their 125 million tons of corn is nearly 3x Ukraine’s prewar production.

In order to sustain these harvests, water is being pumped to farms faster than nature can replenish it. According to satellite data, between 2003 and 2010, Northern China lost as much groundwater as Beijing consumes annually – leaving farmers struggling to find new sources.

“In order to sustain these harvests, water is being pumped to farms faster than nature can replenish it. According to satellite data, between 2003 and 2010, Northern China lost as much groundwater as Beijing consumes annually – leaving farmers struggling to find new sources.

In the south, China is experiencing its worst heat in more than 60 years, and China’s Central Weather Bureau continues to issue red warnings for high temperatures, with a record-breaking heat wave that is expected to last more than a month until Aug. 25th.

So what is happening in northern China now?

Northern China is experiencing major floods due to heavy rainfall and other man-made causes such as dams, reservoir releases and poor urban drainage facilities.

China Central Television reported that as of the evening of August 19th, 19 people have been killed and 12 are still missing in the flooding in northwest Qinghai province and rescue efforts are still underway.

The actual situation should be worse.