Ministry of Defense: Kiev is preparing provocations against US citizens in order to draw NATO into the conflict
This was reported by a high-ranking officer of the Security Service of Ukraine, who surrendered to the Russian military. 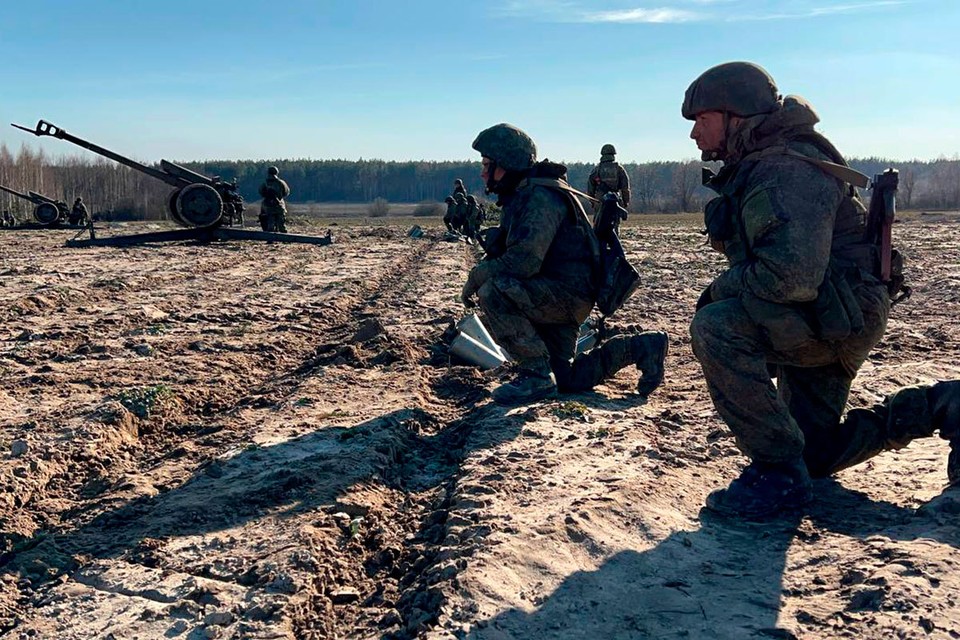 The representative of the Russian Defense Ministry Igor Konashenkov reported on the testimony of a high-ranking officer of the Security Service of Ukraine, who not only surrendered to the Russian military, but also gave detailed information about all persons involved in conducting sabotage activities in the territory of Donbass. He also reported that the Kiev regime was preparing a serious provocation.

– During a special military operation, an employee of the Main Directorate of the Security Service of Ukraine for Donetsk and Luhansk regions voluntarily surrendered to Russian servicemen. The officer was directly involved in organizing the training of sabotage and terrorist groups to work in areas liberated from nationalists. An SBU officer reported on terrorist acts planned by the nationalist Azov battalion in Lviv against employees and facilities of diplomatic missions of the United States and other Western countries, ” Konashenkov said.

The Major General stressed that the leadership of the Kiev nationalist regime is aware of the plans of the nationalists, but does not take any actions to prevent their implementation. Kiev’s nationalist regime plans to portray attacks on U.S. and Western diplomatic facilities as a “targeted attack by the Russian armed forces.” And the main purpose of the provocation is to increase pressure on NATO countries to introduce a “no-fly zone” over Ukraine and provide additional weapons.

“I bring to the attention of all persons recruited by the SBU that voluntary refusal of criminal activity and timely reporting of it to law enforcement agencies releases them from criminal liability,” the Russian Major General addressed the recruited citizens of Donbass.

According to the Ministry of Defense, units of the Russian Armed Forces, having crossed the Kashlagach River, broke through the defense of the Aidar battalion and, having advanced 5 kilometers, reached the Shakhterskoye – Novoukrainka border.

Up to 30 militants, one tank, one infantry fighting vehicle and four off-road vehicles were destroyed. Currently, they are fighting with units of the 54th separate mechanized brigade of the Armed forces of Ukraine, operating in the second echelon.

A group of People’s Militia of the Donetsk Republic destroyed up to a company from the 53rd separate mechanized brigade of the Armed Forces of Ukraine, completely took control of the village of Taramchuk and is pursuing the retreating enemy.

A group of troops of the Luhansk People’s Republic has reached the northern outskirts of the city of Lisichansk and is destroying scattered groups of nationalists who retreated from the city of Rubizhne. During the day, operational-tactical, army aviation hit 59 military facilities in Ukraine. Among them: three command posts, two installations of multiple launch rocket systems and two radar stations near the city of Bogodukhov, two warehouses of rocket and artillery weapons, as well as 51 places of accumulation of military equipment.

An unmanned aerial vehicle “<url>” destroyed one radar of illumination and guidance of the S-300 anti-aircraft missile system 60 kilometers north of Kiev, near the village of Vypolzov.

In addition, Russian air defense systems shot down five Ukrainian unmanned aerial vehicles in the air, including one Bayraktar TB-2 near Malovorontsovka.

Total destroyed since the beginning of the special military operation:

1443 – tanks and other armored fighting vehicles.

The Investigative Committee of Russia has opened two more criminal cases on the facts of ill-treatment of Ukrainian nationalists with the civilian population, the use of prohibited means and methods in the armed conflict.

According to the investigation, during the period of March 18-19, servicemen of the Armed Forces of Ukraine and other Ukrainian military formations carried out massive targeted artillery and mortar attacks from heavy weapons in the cities of Pervomaisk, Stakhanov, Svatovo, Kirovsk of the Luhansk People’s Republic. As a result of hitting and exploding shells in Stakhanov and Svatov, 6 civilians were killed, including one minor. Two more people were injured.

During the same period, servicemen of the Armed Forces of Ukraine and other Ukrainian military formations carried out massive targeted artillery and mortar attacks on civilian infrastructure in the cities of Donetsk, Makeyevka, Novoazovsk, Yasinovataya, Volnovakha and Mariupol of the Donetsk People’s Republic. As a result, five civilians were killed and 28 others were injured, including three minors.

Civil infrastructure facilities, including power lines and a gas pipeline, were also damaged.

The Investigative Committee of Russia stated that the investigators of the department and the prosecutor’s office of the DPR and LPR continue to identify officials from among the Ukrainian security forces involved in these crimes against the peace and security of humanity in the Donbas.

“The enemy overslept the operation”: the defense of Mariupol is broken through to the city center

Special correspondent of ” KP ” Dmitry Steshin met near Mariupol an artilleryman shooting at his city, and walked along the street that begins in war and leads to peace (read more)

Refugees from Mariupol: They promised to shoot us in the back if we went to Russia