The usual Kiwi response is it does not matter how much obfuscation, how many lies – just keep it “nice” – “be kind” – especially if the hard questions come from a loud-mouthed Yank.

Learn just how and why the media is what it is. 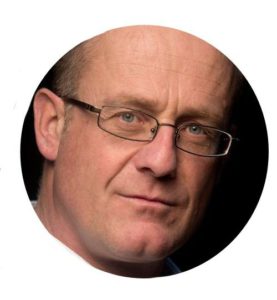 Of note was that while Mr Chafin maintained a line to discuss fatality rates, peer-reviewed studies and CARM results, Mr Fisher continually attempted to divert the discussion to other topics. Astonishing examples included colonisation, a woman’s allegation of foil around a phone, Trump, racism, Islamaphobia, even Christianity.

This is from Counterspin

Info we have to hand, indicates the NZ Government has decided CSM needs to be silenced & the attack dogs have been set loose, to discredit us.

Silencing the people’s voice is becoming more difficult than they could have imagined.

When dealing with a ‘fact and evidence’ based organisation, they have nothing in their arsenal that can penetrate the truth.

As they line up their ever compliant minions of misinfo & fake news, CSM will send them to the mat wondering what hit them.

WARNING: If you are coming after CSM, you better have your tissues handy & your counselor on speed dial. You’re going to need them both.

Listen to the entire call. We released it prior to the intended hit piece being released 🎯

New Zealand Herald reporter David Fisher, continues in his quest to dig up dirt on anyone associated with Counterspin Media.

As CSM popularity grows and the NZ Heralds’ plummets, he and other state-sponsored lackies, seem hell-bent on destroying one of the few fact and evidence based platforms Kiwis have exposing the lies, misinformation and damage caused by the NZ Government and its state agents.

His next target, Kelvyn Alp, Executive Producer and Host of Counterspin.

Kelvyn, not unfamiliar with the tactics employed, expects them to go all-in, but is steadfast in his resolve.

Fisher’s targets include: former partners/mothers of children and past business acquaintances.

His spade’s working overtime trying to dig under any historical rock he can find.