This is just a small sampling from the Russian press – Izvestiya.  RT and Sputnik remain silent on this to this day. 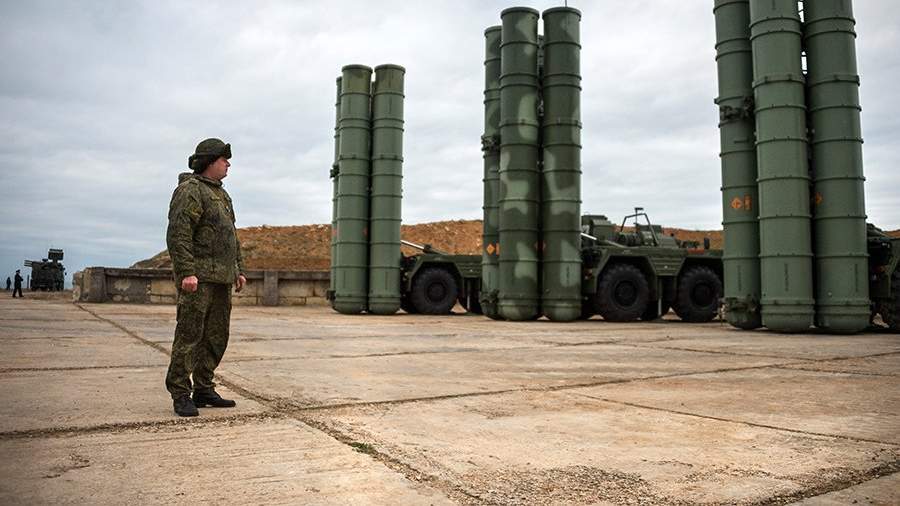 Mark Episkopos, a columnist for The National Interest magazine, named five types of weapons in the Russian army that will ensure Moscow’s victory in the event of a war with Ukraine.

According to the author of the article, the escalation of the conflict in the south-east of Ukraine “could lead to a war with Russia.” At the same time, according to him, the Russian army has a noticeable superiority in the air and in terms of anti-missile defense, which will create great difficulties for the armed forces of Ukraine (AFU). 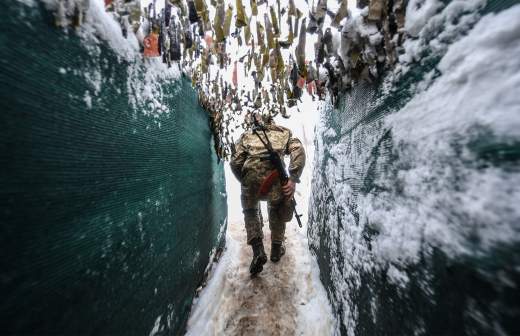 Shot in a truce: what is the reason for the new exacerbation in Donbass
Poroshenko demanded to return Ukrainian soldiers to the trenches

Episkopos noted that Kiev will not be able to overcome the Russian missile defense system due to the fact that the Armed Forces of Ukraine lacks secrecy. He recalled that the S-400 Triumph air defense system is based in Crimea, which can pose a threat to military facilities in the east and central part of Ukraine. This Russian system has the ability to strike drones, aircraft and missiles within a 400 km radius.

The second item on the author’s list is the Su-35S fighters equipped with air-to-ground missiles and guided bombs. According to the expert, Ukrainian aviation will not be able to resist the Russian Federation due to the backwardness and dilapidation of the machines, as well as the numerical superiority of the Russian Aerospace Forces.

Bishopos is confident that in the event of hostilities, Russia will use the BMP-3M. He believes that battles will take place in urban environments, and maneuverable infantry fighting vehicles will have significant advantages over tanks.

At the same time, tanks, especially the T-90M, will also contribute to a hypothetical war. The author of the material added that the Russian Federation is the leader in the world in terms of the number of these combat vehicles in service. He also urged not to discount the Ukrainian T-84 “Oplot”, but still noted that they are unlikely to be enough for an effective fight.

The expert named the Russian self-propelled howitzers 2S19 “Msta-S”, which are equipped with advanced aiming technology and can fire up to eight rounds per minute, as the fifth on the list.

Since February, the situation in eastern Ukraine has worsened. Provocations by the Armed Forces of Ukraine and shelling of settlements in the DPR and LPR have become more frequent. On April 3, as a result of a strike by a Ukrainian drone in Donbass , a child was killed and a woman was injured. After that, the Chairman of the State Duma Viacheslav Volodin said that Kiev must fulfill the Minsk agreements and stop escalating the situation in the region.

On April 4, the Commander-in-Chief of the Armed Forces of Ukraine Ruslan Khomchak said that the country’s entry into NATO would strengthen the alliance. He recalled that in 2021, the Ukrainian military will take part in 15 multinational exercises outside the state and in nine maneuvers on its territory.

Deputy Speaker of the Federation Council Konstantin Kosachev expressed confidence that the chance of Ukrainian President Volodymyr Zelensky to resolve the conflict with the LPR and DPR was missed.

On April 2, the representative of Ukraine in the trilateral contact group on Donbass, Oleksiy Arestovich, said that the NATO exercises Defender Europe 2021, planned for May-June, in which Ukraine will take part, are needed to practice actions in the war with Russia.

Since 2014, Kiev has been conducting a military operation against the residents of Donbass, who refused to recognize the results of the coup and the new government in Ukraine. At the same time, the Ukrainian authorities place responsibility for the situation on Russia. Moscow has repeatedly stressed that it is not a party to the internal Ukrainian conflict.

The issue of resolving the situation on the territory of Donbass is being discussed, among other things, at the meetings of the contact group in Minsk.

Russkaya Vesna is closer to the republics of Donetsk and Lugansk

Gazprom is gradually reducing gas transit through Ukraine, and it is important to prevent the completion of the construction of Nord Stream 2, said Serhiy Makogon, head of the Ukrainian GTS Operator, said that

Earlier, the press service of the “GTS Operator of Ukraine” reported that gas transit to Europe through Ukraine in February decreased by 25% compared to January, to 2.91 billion cubic meters.

“Gazprom is gradually reducing transit through Ukraine. After the launch of the Turkish Stream … transit to Turkey, Greece and Bulgaria was completely transferred from Ukraine to new gas pipelines. And from April 1, gas supplies to Romania are fully ensured from Bulgaria through the Turkish Stream …

Now, in the southern direction through Ukraine, transit is carried out only for Moldovan consumers, “Makogon wrote on his social network page, adding that if the Turkish Stream continues through Bulgaria and Serbia, then Gazprom will switch to Turkish Stream and transit to Hungary.

“For Ukraine, this means an additional loss of 10-12 billion cubic meters of transit annually. It is very important to prevent the completion of the construction of Nord Stream 2.

Gas transit through Ukraine is not only a significant income, but an important element of the energy and military security of Ukraine, ”he added.